LFM’s mission statement is to “Promote and Market Louisiana’s Top High School Football Athletes” and we pride ourselves in providing generous details to that end.  LFM is a valuable source of information for those following Louisiana football and is considered the premiere football recruiting source for Louisiana athletes. 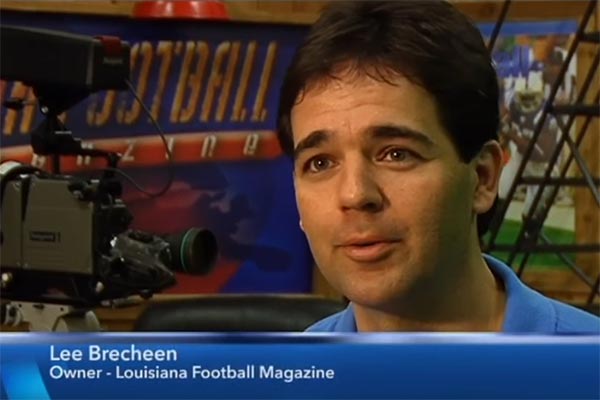 Lee Brecheen, owner and publisher of LFM, is relentless in his pursuit for excellence.  He initially broke into the business in 1992 as a football scout.  It is his intent to be fair and honest to all high school players and coaches in Louisiana.  Lee strives to be the most thorough and accurate researcher and analyst in order to give the best evaluation of all Louisiana high school football talent.  He regularly consults with, and is sought by major college football programs throughout the country for information and advice regarding scholarship prospects from among Louisiana’s high school players at all levels of potential.  Recognizing the college recruiter’s need for quality, relevant, and freshly updated information on each athlete, Lee takes great pride in delivering the highest quality data and analysis.

Lee routinely travels statewide to observe and promote talent in smaller communities that could otherwise be overlooked by recruiters.  LFM not only films high school games, but every play of the college prospects in the game is personally analyzed by Lee.  He has a close professional relationship with the Louisiana high school coaches, who verify essential current information on each prospect.  Additionally, Lee consults with parents of high school football athletes at all skill levels and is highly successful at matching players with colleges throughout the country.

In August 2005, Lee began airing a live, one-half hour television program, Louisiana Football TV Magazine, on Cox 4 in order to provide another venue to promote Louisiana football athletes, coaches and also to provide items of interest to sports fans.   The response from the viewers was phenomenal and the show’s airtime was increased to a full hour.  The show airs live each Tuesday on Cox 4 at 6:30 P.M. from September thru February.  Replays air from March thru August. Guests include Louisiana’s top football athletes, as well as “sleepers” (who can often be overlooked), high school coaches, prominent Louisiana football players (many well-known professionals, who were in the past profiled and promoted by Lee as top high school football players), and special guests with topics of interest.

The promotion of Louisiana football athletes thru Louisiana Football Magazine is a phenomenal success story.  Our subscribers are a vital part of making all of this possible.  Thanks to all of you who have supported LFM, our Sponsors, and Advertisers throughout the years.  Your patronage and commitment to high school football programs make it possible for us to continue to promote and expose the talent of Louisiana’s finest athletes.