With Big Shoes to Fill, New Acadiana Head Coach Matt McCullough is the Man to Wear Them 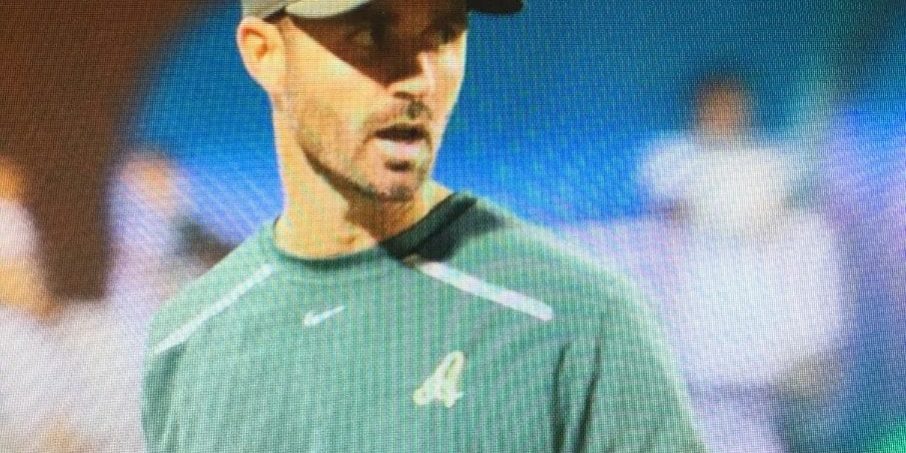 With Big Shoes to Fill, New Acadiana Head Coach Matt McCullough is the Man to Wear Them

The last fourteen years have been the most dominant in the history of the Acadiana High School football program under the leadership of Ted Davidson. The Hall of Fame Coach, who was a longtime football assistant at Acadiana prior from 1981-2003, took over the full reigns as the head coach of the Rams in 2004. From 2004 to 2017, it was a magical run for Davidson that included four Class 5A state championships in 2006, 2010, 2013, and 2014 as well as two more state championship runner up finishes in 2005 and 2007. With a record of 154-46 over that span, the Acadiana Rams were one of the most dominant football programs in all of Louisiana no matter the classification. Davidson’s last season as head coach came one year ago when the Rams had another big playoff run losing in the Class 5A semis-finals to eventual Class 5A state runner-up Hahnville High School. Davidson’s legendary career came to an end when he retired on February 22nd. The next question was who was going to fill in the big shoes of a legendary figure like Ted Davidson. The answer came right within its own program in Matt McCullough. who was hired earlier in April. McCullough is currently the head baseball coach at Acadiana and was an assistant coach under Davidson for the last three years. Like Davidson, McCullough has been involved with Acadiana High School for most of his life. In fact, pretty much all of his life thanks to his father Scott McCullough, who played the same role as his son prior to this season when he was both a coach on Acadiana’s staff

“My dad Scott coached from 1981-2014 and was both an assistant football coach and head baseball coach,” McCullough said. “He coached running backs and quarterbacks. In fact, the year he started working at Acadiana was the year that I was born.”

Ever since he was born, McCullough has had a strong connection with the school. As a small child, he was always around the facility and he also attended high school at Acadiana. As a two sport athlete, McCullough was a standout in both baseball and football. Even though McCullough would take his talents to the baseball diamond at Southeastern Louisiana University, he enjoyed his football playing days as a quarterback from 1997-1999 when he played for his dad, Davidson, and the head coaches during those years in Bill Dotson and Willard Hanks.

“Of course, back then, we were not as dominant as we are now,” McCullough said. “In my senior year, we came and beat the third ranked team in the state in Archbishop Shaw and we upset them in the first round 36-35. It was a big win for us and then, we went to New Orleans and upset Holy Cross. However, we lost in the quarterfinals by a Jack Hunt (Ruston/LSU/Miami Dolphins) led team in Ruston High School. We did have some good wins playing against Barbe and some other great football teams then. It was fun competing at a high level in such a competitive district back then.”

After his baseball career at Southeastern was over, McCullough, like his father, coached both football and baseball at several different schools. Even though baseball and football are completely different schools, both sports deal with similar situations when playing both games.

“In all sports, you will deal with a little adversity,” McCullough said. “Baseball is a game of failure. You are going to fail a bunch and so you always are going to have to focus on the next pitch or the next play in baseball. In football, it is the same thing. Every time the whistle is blown, you are going to have to play no matter what happened the previous play. It is not letting anything outside affect your play.”

McCullough has had plenty of coaching experience after his playing days whether it is baseball or football. The previous three seasons, he has served as an assistant football coach and head baseball coach at Acadiana High School and before 2014 when he was hired at Acadiana, he served the exact positions at Comeaux High School for nine years. Not only is he a two sport coach, but he is also a versatile football coach that can coach pretty much anywhere.

“At Comeaux, I served as the defensive coordinator and over the last three years at Acadiana, I coached quarterbacks, tight ends, and the offensive line,” McCullough said.

To McCullough, there is no preference over one sport, but he is focused more on either football or baseball when that season comes around.

“I enjoy both,” McCullough said. “Right now, I am in football mode and that is the one that I currently enjoy the most, I guess.”

Right now, at Acadiana, McCullough is shifting his focus to football only while new head baseball coach Clay Courtier will run the baseball program. Not only will McCullough have help now that he can only coach football, but he has a good support staff behind him to help him go through the  stages of being a head football coach.

“As a head coach, you have to help out with everything at different time,” he said. “However, we have a really good defensive staff and a guy that is going to do a good job with our special teams. We have some good coaches over here and to have good assistant coaches allows head coaches like Coach Davidson to focus on different stuff. We have a good offensive staff as well so it makes my job a lot easier.”

McCullough has been around Davidson for a long time and has nothing but respect for what he has accomplished at Acadiana and hopes to continue the success that the legendary Acadiana coach has helped build.

“I have taken a lot of things from Coach Davidson,” McCullough said. “He is one of the best coaches in the history of Louisiana. Our format for practice and a lot of things they did offensively as well as the toughness factor is what we have taken from Coach Davidson. His toughness and playing old school football is what he implemented. He got kids to perform higher than they can perform.”

After going 11-3 and going to the Class 5A semifinals, the future is just as bright as it has been over the past decade. There may be some new faces, but there is plenty of optimism going into year one of the McCullough era.

“We have a good running back that is going to be a junior in Dillan Monette. He had 1,500 yards rushing his sophomore year and over 1,000 yards rushing his freshman year,” McCullough said. “Defensively, linebacker Kenneth Francis has had himself a pretty good spring and was a force for us last year. We have some younger guys that will make an impact. Lucky Brooks is another running back that did a lot of good stuff last year and has a chance to have a pretty good year. We are steadily improving, but there are some young guys that have had some experience and other guys that may not have experience, but have the potential to get us to where we need to be.”

Even with the young and talented skill position players, Acadiana will be missing some experience on both fronts, which has been something that the Rams have been known for.

“Right now, we just got to be better,” McCullough said. “Obviously, this has been the least experience we have been for a while. We lost a couple of All-State offensive linemen and defensive linemen. We got some guys that are young and right now, we are just working in the spring and over the summer to improve each day. When we get back to playing, we would then be ready to compete at a high level, but we know that we got a long way to go, but that is where we strive to get closer to where we need to be each day.”

McCullough may be replacing a Louisiana coaching legend, but he does not see it that way.

“I really don’t look at it that way,” McCullough said. “Coach Davidson started coaching here in 1981 and it is said to see him go. I have been around him my whole life, but in the end, the only thing I am trying to do is keep the program going of which he did a great job of building. Everybody has high expectations, but I don’t look at it like that. I just want to win and have a chance at competing for state championships. We are going to work as hard as we possibly can to keep us accomplishing those things.”