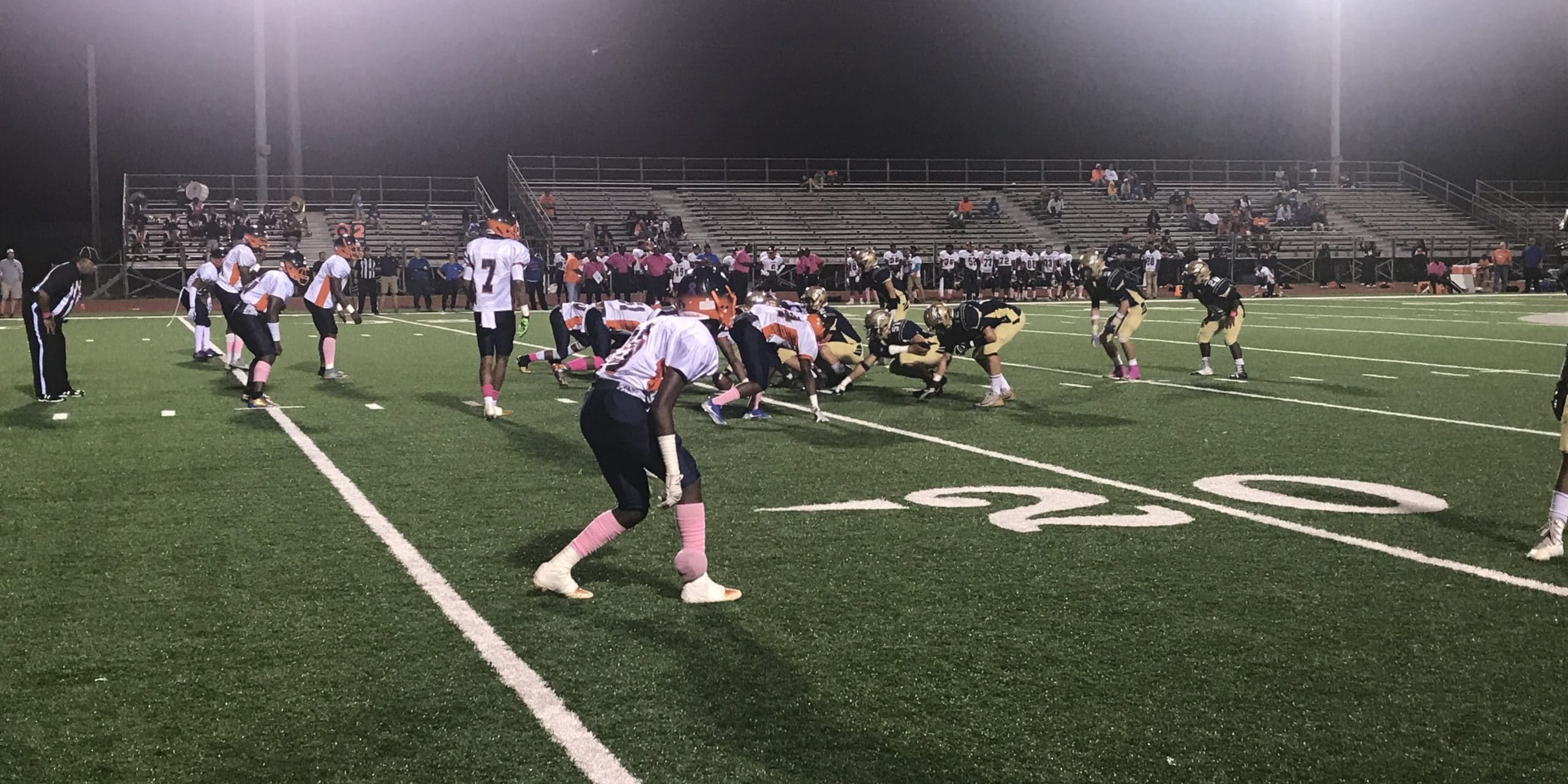 Week 8 featured a District 6-1A matchup on Thursday between the Kentwood Kangaroos and the St. John Eagles. Consistently every year, the Kangaroos are right in the thick of championship hunts and it is no different this year as the team led by Head Coach Jonathan Foster was 6-1 entering their district game against St. John seeded in the top five in the 1A public side of the playoffs. While one team is on the good side of the spectrum coming into the game, the St. John Eagles, on the other hand, entered the game with an 0-7 record under first year Head Coach James Piker. The Kentwood Kangaroos are in the thick of things when it comes to the district championship and a legitimate shot at the state championship while the St. John Eagles try to grab their first win since 2015 when the Eagles defeated the White Castle Bulldogs. With lack of depth and a lot of great skill players that Kentwood has, it would be an extremely difficult task for the Eagles to overcome.

In the first quarter, the Kangaroos jumped out to an early lead on their first drive to make it 6-0. The Kangaroos attempted the two point conversion to make it 8-0, but it was no good. After a St. John three and out, the Kangaroos’ explosive offense got the ball right back after going down the field for a touchdown and they did exactly that on the second time around as senior QB Jamarquea Diamond threw a wide open 36 yard touchdown to LSU target and junior WR Trey Palmer, which made the score 13-0 with the extra point conversion. That would be the score at the end of the first quarter. After a stalled St. John drive, the Kangaroos, once again, got the ball on offense. However, instead of a touchdown pass, the points came on a touchdown run. Kentwood junior RB Larry Carter did his best Marshawn Lynch (Cal/Buffalo Bills/Seattle Seahawks/Oakland Raiders) impression breaking about six tackles for a 68 yard touchdown run to make it 20-0. The Kangaroos showed domination on both sides of the football early on, but the Eagles did not quit. On the next drive, the St. John offense was clicking and moving its way down the field. St. John junior QB Adam Blanchard threw a nice pass to junior WR Peter Anderson for over 20 yards, which jumpstarted the drive and the Eagles were threatening to score when the Eagles decided to go for the first down on fourth and seven inside the Kentwood 15 yard line. Blanchard threw the slant and Palmer, who caught the touchdown earlier in the football game, made a play on defense jumping in front intercepting the pass and taking it 85 yards for a touchdown. That play served to be the biggest in the game as it was the Kentwood defense that took away any momentum that St. John had. The ensuing extra point was good extending the Kentwood lead to 26-0. That would end up being the score at halftime.

In the third quarter, the Kangaroos’ starting offense and defense was on the field for two more drives as the offense did in fact score on those drives. One resulted in an Aldric Lott touchdown run and the other was a touchdown pass from Diamond to Lott for a 38 yard touchdown. With a 40-0 lead in the third quarter, Coach Foster called off the dogs and put in the backups. The Eagles did have success late in the football game scoring two touchdowns and two point conversions to make the box score a little bit better at 40-16.

The Kentwood Kangaroos made a lot of big plays in the passing game and in the running game. The team’s skill players are very explosive and play well in space. The way that this team is playing right now, it is going to be really hard to play against this team in November. Also, a lot of the players starting on this team were a part of the Kangaroos’ state championship run two seasons ago. The St. John Eagles do have some pretty good skill players in QB Adam Blanchard, RB Justin Rivet, RB Adam Theriot, and WR Peter Anderson, but the team is just not big enough to compete with the Kentwoods, Southern Labs, and Ascension Catholics of the world. However, this is a team that can move the ball and will compete. If only the team had a little more depth, this could be a team that could win some more games. For the St. John Eagles, who are now 0-8, they will try to win their first game of the season next week against East Iberville. For the Kangaroos, who are now 7-1, they control their own destiny in terms of the district championship as the team faces off against Ascension Catholic next Friday and Southern Lab to end the regular season. If the Kangaroos can win both those games, they will win the 6-1A district championship. It should be really interesting what happens in the following weeks as a lot of district battles will come down in the end and this will well be one of them. For more game recaps the rest of the season, make sure to check out our website at www.lafootballmagazine.com!