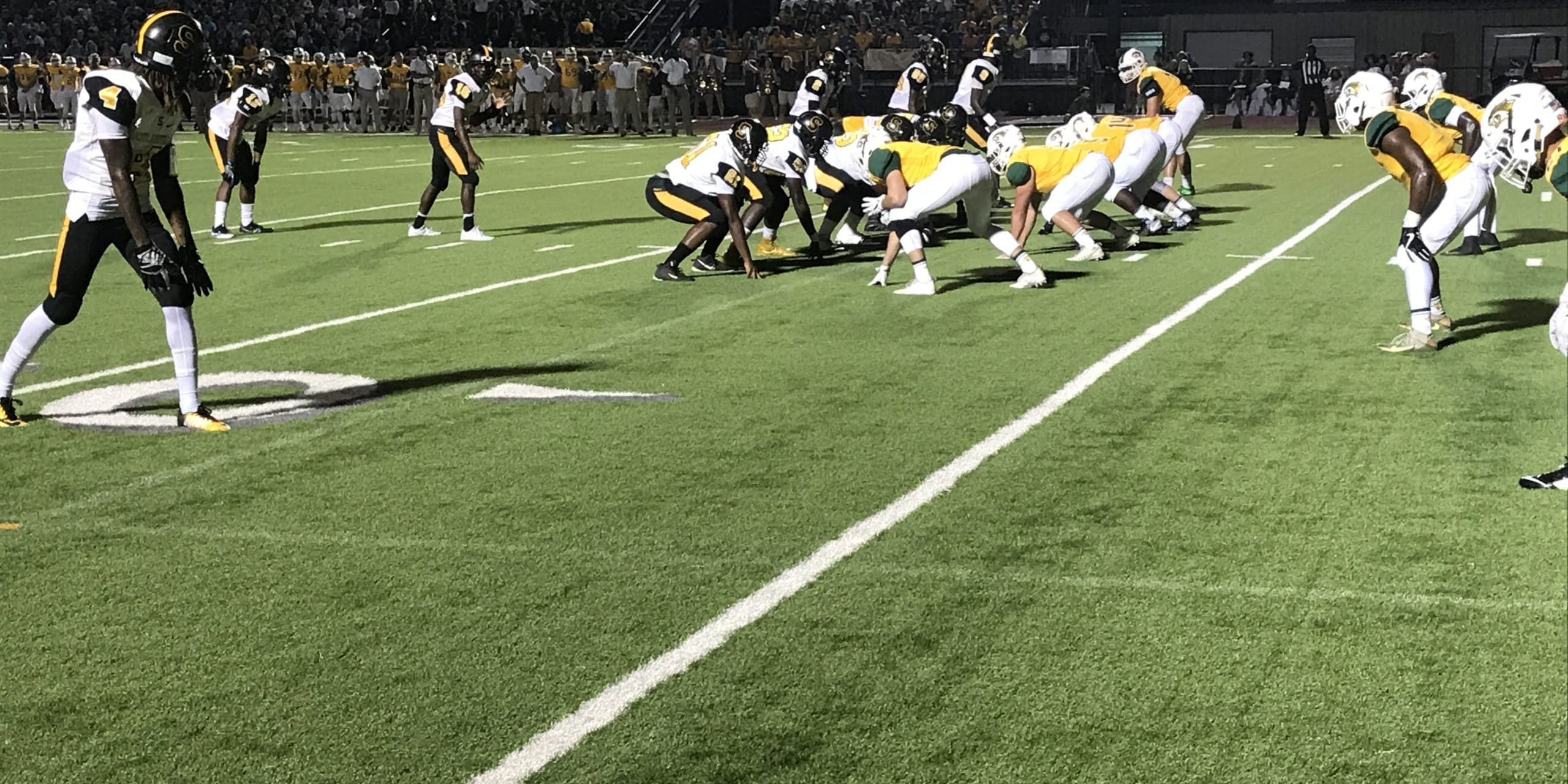 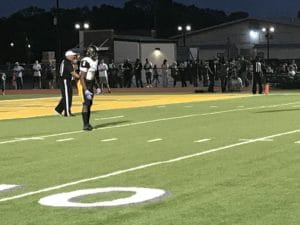 This week featured two programs that are riding high with confidence in the Scotlandville Hornets and the Walker Wildcats. The Hornets, led by Coach Levonta Davis, have entered this game with a 4-0 record carrying over their magical state championship run a season ago while the Walker Wildcats, under first year head coach and former LSU, Tulane, NFL QB Lester Ricard,  are carrying their momentum this week with a big win over Class 4A power Parkview Baptist 28-22. It is a big game for Walker as it is not only their homecoming game, but a chance to beat one of the best programs in the state in Scotlandville. For whoever wins the game, it is a chance to carry the momentum deeper in the season, which always helps playing in a long and grueling regular season.

In a packed Wildcat stadium, the home crowd was roaring, but unfortunately for them, they did not have much to cheer about. Like great teams do on the road, the Hornets marched down the field on their first drive with junior quarterback Cameron Armstead at the helm. The 14 play 65 yard drive was capped off by a one yard touchdown run by running back Shedrick Smith to put the Hornets up 6-0. The ensuing extra point was no good. However, LSU commit Kelvin Joseph and the rest of the defense held Walker to a quick three and out, which gave the ball right back to Armstead. Another long drive occurred which resulted in another Shedrick Smith touchdown run, but this time from 22 yards out. Just like that, the Hornets were up 12-0. The Hornets kept their foot on the gas pedal and the Wildcats could not catch a break as Tristan Taylor fumbled the football on the first play of the next drive and the Hornets took advantage of the turnover with a Cameron Armstead touchdown pass to Vernon Powell to put the Hornets up 19-0. Then, another fumble was forced on the ensuing kickoff by Joseph and recovered by Torrinto Sims. It gave the ball right back to Armstead. Armstead showed his slippery playmaking ability and quickness on a 20 yard touchdown run to put the Hornets up 25-0. At this point, it seemed that Scotlandville had the perfect first half. Well, it was very far from perfect as the Hornets had over seven penalties overall in the red zone in the first half. Even though the team was able to overcome the penalties on the first three drives, it really hurt them on the last drive before halftime. As Scotlandville was going to move the chains inside the three yard line, there was a block in the back penalty called against them and the drive ended up stalling. With Walker not generating any offense, a late penalty on the Scotlandville defense gave the Wildcats free yards and a blown coverage allowed Walker QB Christian Ard to throw a 35 yard touchdown strike to a wide open Jalen Cook. That shrined the gap to 25-7. That would be the score heading to halftime.

In the second half, the Hornets fixed their penalty problems and kept on forcing turnovers. Arguably, the play of the game came when Walker’s Christian Ard and Tristan Taylor both mishandled the football on a read option and big Scotlandville DT William Myers picked up the lose football and basically dragged every Wildcat on his back for the crazy defensive touchdown. That play pretty much drew all of the life from the Walker crowd and brought all the energy to the Scotlandville sideline. The Wildcats would manage to score again with Byron Lockhart running for a touchdown to make it 32-17 with over eleven minutes in the fourth quarter, but Cameron Armstead found his big play receiver in Vernon Powell, who caught his second touchdown of the day. That touchdown sealed the deal for the Hornets and that made it the final score at the end of the game 46-17.

For Scotlandville, it was all about the quarterback and the defense that were the big playmakers. Cameron Armstead has done a great job of replacing a Scotlandville legend in current ULL QB Levi Lewis, but he showed that he has a great future as well with 200 yards passing, two touchdown passes, and a rushing defense. For the defense, they were able to shut down Walker’s offense even though the Wildcats’ starting quarterback situation is up in the air with Ethan McMasters down. The #6 ranked Scotlandville Hornets move on as they seek their quest for an undefeated season, a district championship and a state championship next week against . As for the Wildcats, they look to bounce back next week against Zachary. It was an ultimate team performance by the Scotlandville Hornets and when this team is on all cylinders, everybody in the state should watch out.