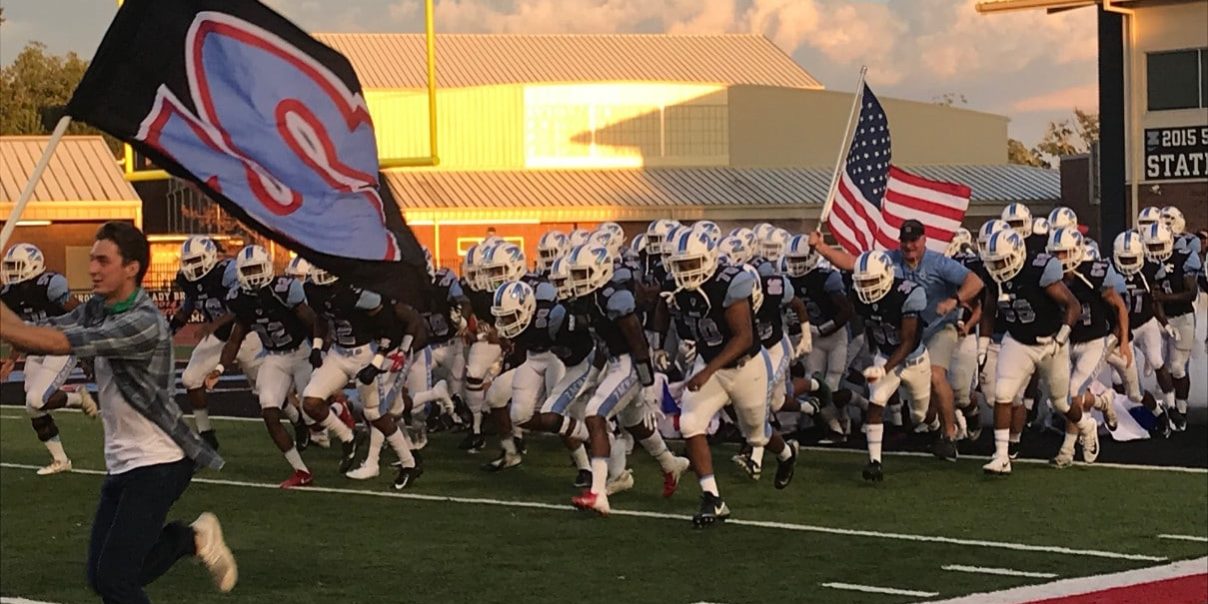 It was a tough loss for the Zachary High School Broncos in their big time non-district matchup between the defending Division I state champion Catholic High School Bears as the Bears won on a two point conversion 31-30 in Week 2. For the Broncos, this was a week not to overlook as the talented Madison Prep Academy Chargers were making a visit to meet up with the Broncos. For the Chargers, Madison Prep Head Coach Landry Williams has tested his team with a challenging non-district schedule. The Chargers were able to defeat Salmen High School in Week 1, but lost in Week 2 to Class 5A power Scotlandville High School. This week would be their biggest challenge against Zachary to see where their team is at. For the Zachary Broncos, it was a chance for them to see what the team does in response to a tough loss in the previous week.

The first quarter was pretty sloppy for both teams as each offense failed to get any rhythm moving the football. Still, thanks to an excellent special teams unit for Zachary, the Broncos continued to put the Chargers in bad field position often time starting from inside their own 20 yard line and Zachary often starting from the 45 yard line. At the end of the quarter, it was a standstill between both teams as the defense dominated the first twelve minutes. Still, with the Broncos dominating the field position battle, it was only a matter of time that the game was going to break open.

On the first drive of the second quarter, the Broncos once again started with really good field position. Zachary junior QB Keilon Brown and the high powered offensive attack were trying to get on the board with a touchdown, but unfortunately, junior RB Kyle Landry fumbled the football with the Chargers recovering the football. Two drives later, the defenses were still holding their own. Then, finally a score happened with a defense coming out and making a play. With the Chargers starting with a freshman quarterback Zeon Chriss going up against a discipline, talented defense in Zachary, the Chargers had to back up inside their own five thanks to a holding penalty. The next play, Chriss got instant pressure up the middle and had to throw the ball away quickly. Unfortunately, he threw the ball backwards to his running back Roy Davis and Davis was chased down in the back of the end zone for a safety making it 2-0 Broncos. After getting two points, the Broncos took advantage of the points from the defense and capitalized on a long drive resulting in a Keilon Brown touchdown run to make it 8-0 Zachary. However, the Broncos failed to capitalize on the extra point leaving the score an one possession game at 8-0. That would be the score at the end of the first half.

The Chargers did well defensively, but the lack of offense was something that the team could not take advantage of in the first half. In the second half, the Chargers decided to roll with backup quarterback Robert Joseph. Even with the quarterback change for the Chargers, the results remained the same. After a punt, the Broncos do what they do best offensively and that is take big shots from their talented junior quarterback and their playmaking wide receivers. Brown hit senior WR Khris Simmons on a 54 yard touchdown pass to make it 14-0. After another three and out, the Broncos scored another touchdown this time on the ground with a 29 yard touchdown run from Kyle Landry to make it 21-0. At that point, the Chargers defense was gassed being out on the field the majority of the game. The Broncos added to their score two more times and won with a final score of 35-0 to improve their record to 2-1.

It was a sloppy night for the Broncos offensively, but the dominant defense and special teams play showed on Friday night. The Broncos’ excellent defense only gave up 99 total yards of offense in one of the best games you will see by a defense this season. It may not have been Keilon Brown’s best game, but he made plays in the second half to pull away from the Chargers throwing for two touchdowns and rushing for another touchdown in the game. Landry bounced back from his fumble in the first quarter and had a productive night the rest of the way rushing for 116 yards and two touchdowns. For the Chargers, it was an impressive defensive showing the first half and even without their best defensive player in safety Bertrand Carrell, who did not play in the game because of an injury. Unfortunately for the offense, both quarterbacks could not get anything down combining for 13 for 26 and 91 yards. The Broncos will get another tough matchup next week against Live Oak High School (3-0) while the Chargers will have to rebound after their 1-2 start against Glen Oaks High School (0-3).