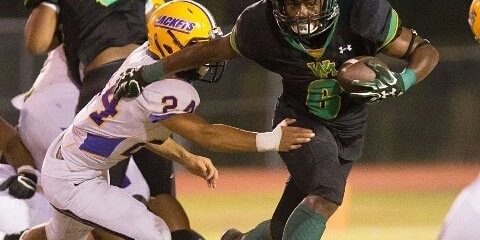 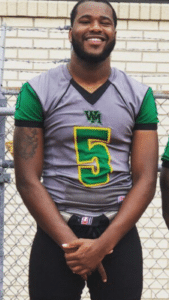 The Washington Marion Chargin’ Indians have encountered a lot during the last four years. There were some ups and some downs like a lot of other high school football programs. In 2017, the Indians made the playoffs with a 5-6 record and fell just short of advancing to the second round of the Class 3A playoffs after a first round playoff loss against the Loranger Wolves. However, the team received some shocking news as their Head Coach Freddie Harrison resigned with the program after spending the last eight seasons as the leader of the program. The team hired former Sophie B. Wright Head Coach DeCarlos Holmes to run the program for the 2018 season. For senior DE Jaylon Ned, it was quite of an adjustment playing for two different head coaches in two years as well as playing in two different style defenses.

Even with the coaching change, there was plenty of talent on the Chargin’ Indians team and a lot was to be expected. This year, the team had its ups and downs ending with an overall record of 4-6 and missing the Class 3A playoffs. Knowing the talent level the team had, this has been a disappointing season according to Ned.

“The season should have been way better,” Ned said. “However, everything happens for a reason and it is all about how you respond.”

Ned has been one of the key senior leaders on this year’s squad and the underclassmen look up to him as a role model. Not only do they look up to Ned as that guy, they look up to him in general. At 6-6, 235 pounds, Ned is as good as a football player can look, but according to Louisiana Football Magazine’s recruiting guru Lee Brecheen, the second team preseason All-South Louisiana team selection backs it up with effort as well. However, Ned is still relatively new to the game as a longtime basketball player. He is indeed an interesting prospect to evaluate.

“Jaylon Ned has the biggest upside of any prospect on the team,” Brecheen said. “He is 6-6 and about 245 pounds. With his size, he can play either defensive tackle or defensive end. I also think he could be an offensive tackle at the DI level or at defensive end with a little work. He is extremely gifted and natural, but he just has not played a lot of football. Whoever gets him is going to get themselves a good player.” 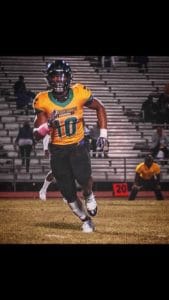 So far, Ned has had an interesting recruiting process. After being offered by schools such as Jackson State University, Grambling State University, Houston, Tulane, ULM, ULL, Northwestern State, Nicholls State, Prairie View A&M, and others, it really came down to two schools. First, Ned originally committed to Southeastern Louisiana University, but ended up decommiting from Southeastern in December. Now, Ned has decided to commit to none other than the Southern Jaguars. Ned talked about his decision to decommit from the Lions and to commit to the Jaguars.

“I decommited from Southeastern because they fired my recruiting coach and I just did not build a lasting relationship with them,” Ned said. “When I went on my official visit at Southern, it felt like home and that I was a part of their family. I want to become an All-SWAC player and compete for SWAC championships. I feel that Southern is the place to do that.”

Ned is planning on signing with the Jaguars next week. Another talented player that was once committed to a I-AA school and decided to flip his commitment is another defensive player, and he is LB Christian Guillory.

Guillory once committed to the McNeese State Cowboys, which is another Southland Conference school, but the 6-0, 215 pound linebacker decided to decommit from the Cowboys and commit to the Houston Baptist Huskies. Like Ned, Guillory’s decisions came down to coaching changes and being comfortable with the program.

“Coaching change was the biggest reason why I decommited from McNeese State,” Guillory said. “The reason I chose the Huskies was because of the great environment and you can tell that the coaches really care.”

According to Brecheen, the speedy All-District linebacker would be a great addition to Houston Baptist.

“Christian Guillory is a big time player in my opinion,” Brecheen said. “He can run a 4.6/40 at 6-0, 215 pounds. He could play middle linebacker or outside linebacker.” 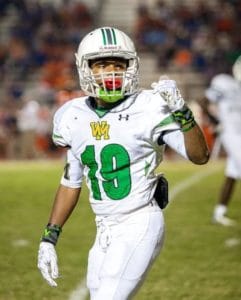 A senior that has already signed to play at the collegiate level is an offensive player and that player is Carrington McClinton. McClinton has arguably been the best player on the team over the last two years. Over his career as both a running back and as a defensive back, the 5-10, 190 pound playmaker has ran for over 2,200 yards, had 322 tackles on defense, and seven interceptions including three returned for touchdowns with a long of 99 yards. The versatile playmaker stays on the field the majority of the game and the biggest example of his willingness to battle until the whistle was when he had over 50 carries in a playoff game his junior season. 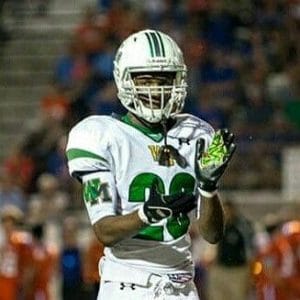 All the hard work has paid off as McClinton has signed in the early December signing period to be apart of the 2019 class for the Southeastern Louisiana University Lions.

I decided to choose Southeastern over the other universities because its academic success surpasses other universities and its graduation rate is higher than normal,” McClinton said. “What sets them apart is the community and their die hard Lion fans. The whole city is bought in with the program. On my visit, once I entered Hammond, I noticed everywhere I went was a Lions logo.”

Brecheen loves the signing made by Coach Frank Scelfo and the rest of the coaching staff.

“Over the last two years, he ran for a combined 3,000 yards,” Brecheen said. “He is not huge at only 5-10, 190 pounds. However, he is a good player as he can play either safety or cornerback. The Lions have got themselves a great football player.”

Those are the main three players, but there are some other good players that have the chance to sign according to Brecheen.

“There is linebacker D’micah Bailey,” Brecheen said. “He is an under the radar player at 6-0, 210 pounds. He is not as fast as his linebacker counterpart Guillory, but he still runs a 4.7/40. Then, there is Ahmad Lee, who as a defensive back, can be a D-II or D-III superstar.  Then, there is Chevis Edwards, who is another linebacker type for college, but could be a free safety at 6-2, 190 pounds. I think he is under the radar as so a lot of other guys on the team.”

Not to mention, their senior quarterback Mar’Quez Chagois, who is 5-8, 189 pounds, has not yet to receive any offers, but is still seeking to play football in college. Chargois has thrown for over 1,848 yards while accounting for 24 total touchdowns. For Chagois, he just wants a chance to see what he can do. Overall, no matter what college has in store for these players, there is something about playing on Friday nights that will always stick with them. 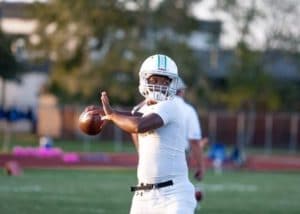 “I am going to miss playing for the program, the community, and with my brothers,” Chagois said.

Even though the seniors did not achieve their goals, they want the players behind them to achieve something that they have not achieved.

“My advice for next year’s team is to fight through adversity because it’s going to come and be your brother’s keeper,” Guillory said.

Those word by Guillory has described what their high school careers have been for the seniors. They faced two different head coaches in only a two year span, but they stuck together as a tight knit group in order to make it a very competitive season. The Chargin’ Indians are not only going to have to replace some talented seniors, but their head coach as well. Coach Holmes has accepted an assistant coaching job with East Mississippi Community College.

Hopefully, next year’s Washington Marion team can gel together especially with another head coach coming in.