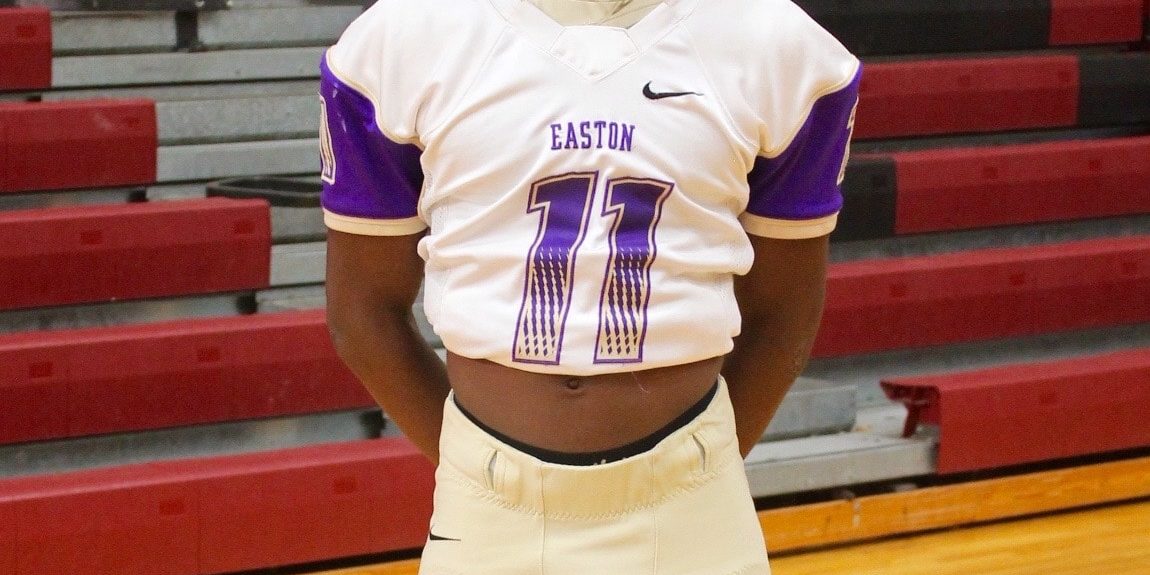 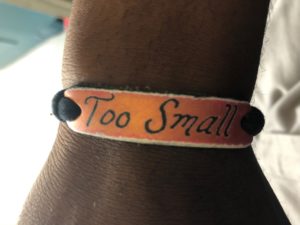 “Too Small”. That phrase has always been something that the doubters had talked about in regards to Warren Easton senior WR Sheldon “Sticks” Jones. At only 5-9, 165, Jones may not stick out above the rest of the competition, but his play sure does. Playing for one of the most athletic teams in the state, Jones was able to stand out due to his electrifying 4.47/40 speed, route running ability, and versatility. All of those strengths came in effect his junior season as Jones broke out showing what he was capable of. In 2016, Jones made a big impact on both sides of the football with 1,300 yards receiving to go along with 14 touchdowns as well as leading the team in interceptions on the defensive side of the football. Jones has always had the track speed, but he even admits that he would not be the complete wide receiver that he is today without other Warren Easton standouts like Tyron Johnson (LSU/Oklahoma State) and Damien Tate (Tulane signee) pushing him to be the best player that he can be.

“I would not be the receiver that I am today without Tyron Johnson. He told me to not worry about my size and just beating the guy in front of you. My game is modeled after him,” Jones said. “As far as me and Damien, we are great friends. Going up against Damien Tate every day has really pushed me to be better every single day.”

The advice that he took from Johnson and going up against a DI player in Tate every day in practice has really helped Jones break out and have the type of year he had as a junior. In his senior season, his numbers fell off just a little bit just because more teams were trying to prepare for guys like Jones and Tate. Still, “Sticks” was able to put up some impressive numbers with 54 receptions for 800 yards and six touchdowns. Just like when Tyron Johnson helped lead the Eagles to the Class 4A state championship game in 2014, Jones wanted to be the guy to lead his team to the state championship title in his senior season. Playing against any other team, the Eagles looked like the best team in the entire state, but they could not go past the Edna Karr Cougars whether it was for the district championship or in the Class 4A state semifinals. Still, Jones could not be even more prouder of his team this season and firmly believes that the Fighting Eagles will be right there once again, but this time with more experience.

“This was a great year for our football team, but it also was a learning curve for us,” Jones said. “We relied on a lot of young guys, but the future is really bright for Warren Easton. This upcoming year, they will have a shot at not only a state championship, but an undefeated season.”

For a guy that has had a great prep football career like Sheldon “Sticks” Jones, you would think he would reflect on his great games and great plays that he has had, but for him, it is much for than the game of football that made his playing days there so special.

“The thing about Warren Easton is that I am going to miss the most is going to fall camp with my team because that is where we would bond and become a family,” he said.

The nickname “Sticks” was given to Jones when he was six years old while he was playing youth football. It was actually his youth football coach that called him that because his legs were really skinny at the time. Needless to say, the nickname “Sticks” actually stuck. Those skinny legs have showed a lot of ability. Just ask Louisiana Football Magazine’s recruiting expert Lee Brecheen, who believes that his speed was a big time difference maker.

“Sheldon “Sticks” Jones was a threat to score every time he touched the ball with his 4.4 speed,” Brecheen said. “He is also tough for his size being around 5-9, 165.”

The combination of speed and toughness is what Jones saw in his other football idol Steve Smith Sr. (Utah/Carolina Panthers/Baltimore Ravens).

“Steve Smith is the professional athlete I model my game after because he is a fierce competitor and demands an attention on him,” Jones said. “He is relentless and has no fear.”

When Jones is not playing football, he is usually preparing for track whether it would be in the running events or attempting the long jump. With the usual normal activities such as football and track, Jones’ senior year also added a little bit more than usual as he had to decide where he was going to play his college football. Despite his stature, his play making ability helped him land many DI offers, but it was a particular DI head coach with New Orleans connections that helped land the three star wide receiver.

“My dad and I talked about some of the top schools with them being Oklahoma State, Louisiana Tech, TCU, and Tulane, but every time I went up to UTSA (University of Texas San Antonio), Coach Frank Wilson was so genuine,” Jones said. “Coach Wilson sat me down and told me that I am not going to tell you what you want to hear, but what you need to hear. That was different from a lot of other coaches. He told me what I needed to do in order to be successful.”

The former O.P. Walker (now Landry Walker) Head Coach’s honesty with the two sport star hit him home and as a result, “Sticks” proved all the doubters wrong about his size and signed with a DI school in UTSA. The new UTSA signee is excited for the opportunity and hopes to bring a lot of excitement for the Roadrunner faithful.

“UTSA fans should be excited because I am going to bring something new to this team, which is a different attitude, and also a lot of excitement,” he said. “There will never be a dull moment.”

Jones has had a lot of help to get where he is at including his family and friends, but it was his coaches that have inspired him to take an interest in coaching and return to the high school ranks to teach others the same virtues.

“After my football career comes to an end, I would like to become a high school coach and change lives like Coach Jerry Phillips (Warren Easton head coach) changed mine,” he said.

Still, there is a lot of time to think about that as Sheldon Jones is getting ready to show what he has in store once he arrives on campus. In his mind, even though he has reached the next level, he still has something to prove.

“Even though all of the things I have accomplished and have done, at the end of the day, I am still going to be called “Too Small,” he said. “Everyday, that motivation is going to push me to be better.”

Every day, Sheldon “Sticks” Jones reminds himself of all who have doubted him. He wears a leather bracelet with the letters “Too Small” written on it. Players can have all the talent in the world, but it does not even matter if the player is not motivated to use that talent. That is not the case for Sheldon “Sticks” Jones as he continues to try and prove people wrong. Players, who have a chip on their shoulder and are not afraid of taking it head on, tend to be the most dangerous ones to watch out for.