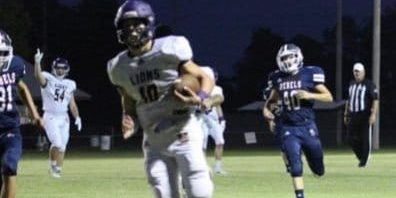 Next season, the Union Christian Academy Lions will have a lot of big shoes to fill once they go to battle on the gridiron. Fortunately, with the leadership of Head Coach and Athletic Director Trey Fulton, they are in great hands. When I had the chance to speak with Coach Fulton, he told me that last season, the Lions “made the transition to 8 man football” and pointed out that “it is a totally different game”. Coach Fulton said he’s excited for the upcoming season and explained to me, “[He’s] going to move some guys into their new roles and see how they respond”.

One of the big shoes that will need to be filled is graduating senior quarterback Cross Talley. Talley had a tremendous impact for the Lions last season and will be sorely missed. Coach Fulton stated, “Cross leaving is going to be a big loss. He was a key player for us”. He also noted, “Offensively, he could take a broken play and turn it into something positive”. That kind of ability is not something you can teach, but Coach Fulton believes Slayde Berry will be able to fill that role for the Lions and make a name for himself.

Coach Fulton made sure to note, “Slayde Berry is going to have a big impact next season. He has some big shoes to fill”. He also said that there are other guys that are ready to step up as well including Reese Brown, Ashton Coleman, and Jake Taylor to name a few. Coach Fulton has a lot of faith is players explaining, “Reese Brown and Ashton Coleman are two big receivers that are going to get a lot of looks this season” and “Jake Taylor will switch to a pulling guard [next season],” He went on to rave about Taylor and shared,“[Taylor] has played really well for us”.

After asking Coach Fulton many questions about his coaching career, one of his answers stood out to me the most. I asked him about his favorite part of coaching and he told me “The most rewarding part about coaching is when years after kids are gone and they come back”. He explained that he enjoys “seeing guys make something of their lives and using some of the life lessons football has taught them”. The Union Christian Academy Lions may have some big shoes to fill next season, but with a passionate head coach like Trey Fulton, he will have his guys ready to go. 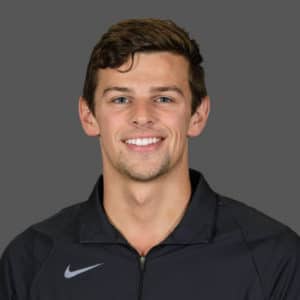