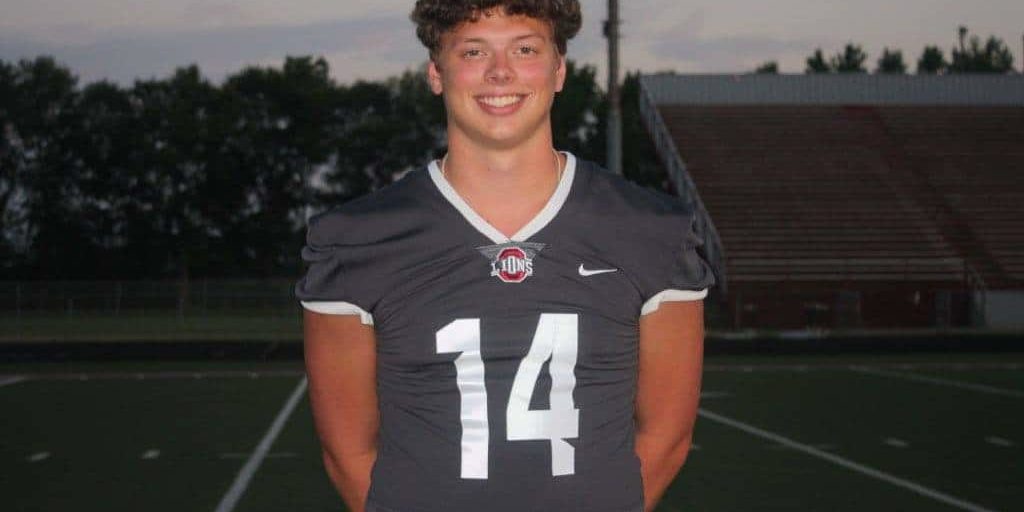 The state of Louisiana is enjoying a bright future at the quarterback position in general, but the 2021 class has some talented signal callers as well.  Our own recruiting expert Lee Brecheen has seen Ouachita High School senior quarterback Zach Shaw on numerous occasions dating back to his sophomore season, and has been more than impressed with what he has seen.

“Zach Shaw is the most underrated quarterback in the state,” Shaw said. “He is a big quarterback that has great feet in the pocket and has a great arm. He doesn’t have a big offensive line protecting him and has to work harder in order to produce the state that he wants to put up. ULM has a big time steal and I do believe he is better than the two quarterbacks they picked up last year, which is saying a lot because they are talented as well.”

As indicated by Lee, Shaw has committed to the ULM Warhawks. Although the Warhawks picked up two talented quarterbacks in the state of Louisiana in Hayes Crockett from Sterlington High School and Garrett Kahmann from West Monroe High School last season, the program could have picked up its quarterback of the future.

“I want to just help the team as much as I can whether that be as a starter or as a scout team guy,” Shaw said. “I want to help out the team.”

Although the Warhawks 2020 season may be disappointing so far for the team and its fans with a current 0-7 record, Shaw realizes that the future is still very bright.

“We have a great recruiting class coming in,” Shaw said. “We’re ranked number one in the Sun Belt I believe and being the quarterback of that group is gonna be fun. Also, being able to play in front of the people who raised me and I grew up around is what has kept me here.”

The big, physical 6-3, 230 pound quarterback has been playing quarterback for the Ouachita Lions for the last three seasons and now, committing to ULM as well as being on the cover of the North Louisiana Football Magazine are signs that recognition is finally going his way.

“It’s a great feeling,” Shaw said. “It’s great to get that recognition, and I just thank God and all the people who have helped me get to this point.”

It was Ouachita that gave him his first opportunity to showcase his skills at such a young age. Because of his experience, Shaw is now starting to put all of his raw skills and putting them together.

“I’m a three year starter and played some as a freshman,” Shaw said. “It’s been great that my coaches believed in me to step in as a sophomore starter. Then, when it comes to my game, I feel like I have really good arm strength and really understand the game.”

When it comes to his arm strength and knowledge of the game also came both experience and confidence.

“I just know that I’m a good player now,” Shaw said. “As a sophomore, I had the confidence, but I wasn’t fully believing in myself. Now, I do. I know I can make the big time throws, and I know I can trust the guys who have been there with me through it all.”

It also helps to have a deep and experienced receiving core surrounding the DI quarterback commit.

“They’re all so different in their games, and they’re best friends with each other,” Shaw said. “It’s been great having them and being able to play with them since the 7th grade has made our connection something special.”

Hopefully, the 2020 season could be something special for Shaw and the rest of his teammates, but so far, it has been a rough start posting a 1-3 record in the team’s first four games. Still, with those three losses coming against three of the best football teams in North Louisiana in Union Parish, Ruston, and Haughton will make the Lions a much better team moving forward.

“We haven’t played too bad,” Shaw said. “We’re a couple of plays from sitting here 3-1 and being in a good spot. We have the toughest schedule in 5A, but we know we can compete with it and we are looking to do that this Friday against a good football team.”

Starting this week against another really tough opponent in the West Monroe Rebels, the Lions are looking to gather more team lessons on their way to a postseason run.

“Ive always been able to do those things,” Shaw said. “I’ve been punting since my freshman year, and they’ve known I could kick so when our kicker left, they knew I could do it and they let me step in. It is big because we have the ability to fake them at any time and catch people off guard.”

Brecheen not only believes Shaw is a DI quarterback, but is a DI punter as well. Just when one would think that he is a DI football player at multiple positions, this multitalented quarterback also is a talented baseball prospect as well.

“I can play anywhere in baseball, but I pitch and mainly play 3rd base,” Shaw said. “I’m hoping to be able to play baseball at ULM as a pitcher as well.”

As a two sport athlete, Shaw has always been around sports so when his playing days eventually come to an end, he would like it to stay that way.

“I will probably be a coach,” Shaw said. “I am hoping to stay in the college level as a graduate assistant when I’m done playing.”

Fortunately, as big of a talent Zach Shaw is, it would be a long time before he even thinks about that.

Click the link to check out Zach Shaw’s junior highlights: