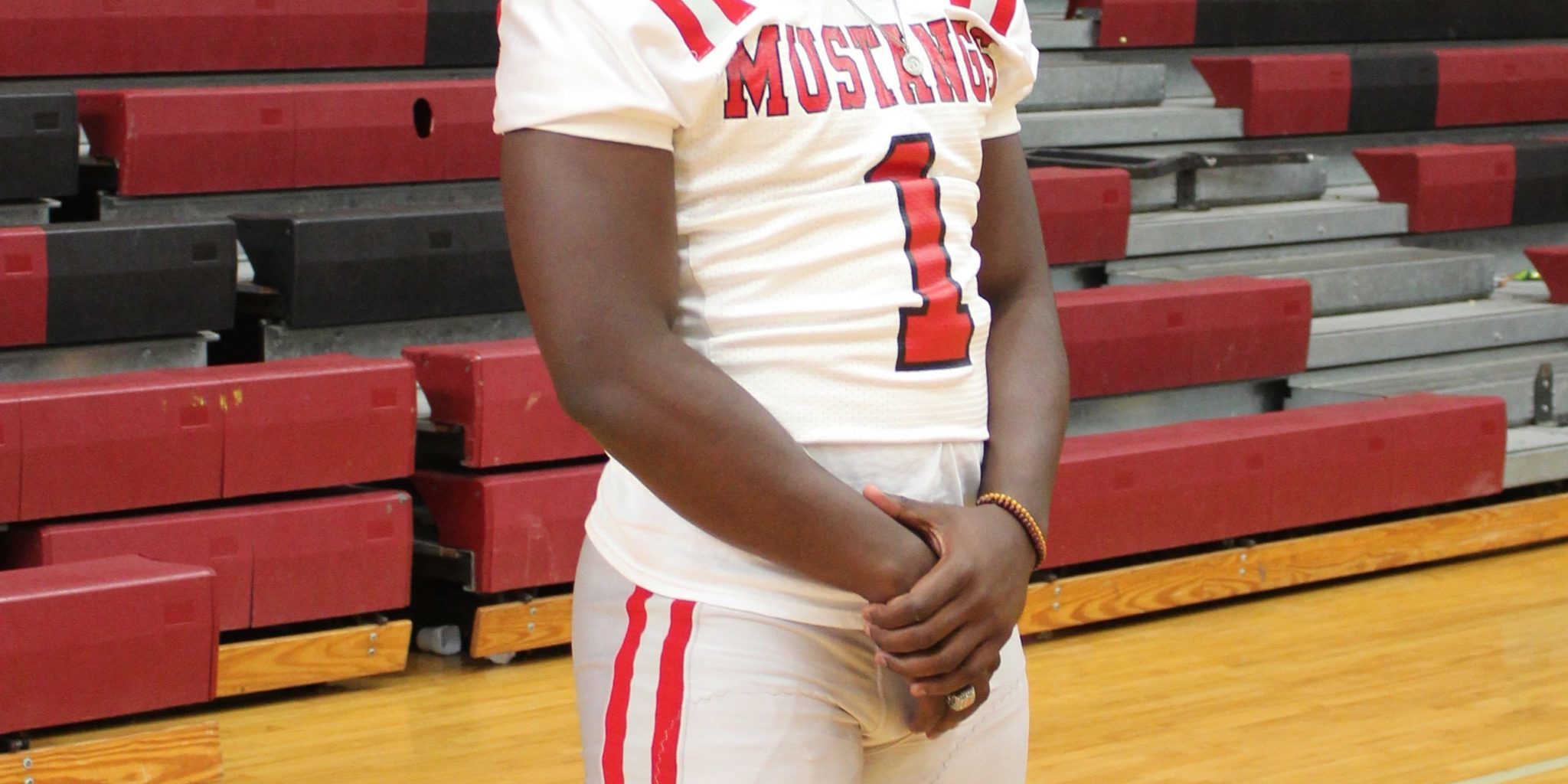 Assumption High School is not the first school that comes to mind when talking about one of the best football programs in the state of Louisiana, but it has been a pretty solid football program over the last six seasons under its head coach Anthony Paine. Over those six seasons, the Mustangs won almost 40 games, two district championships, and have made five playoff appearances. Those are not bad numbers for a team that does not have a lot of depth in 4A. A huge reason on why the Mustangs have been successful in the past has been their great skill players and their tremendous running game. According to Coach Paine, their athletes have been good enough to take their talents to the next level, but it is hard to get the athletes exposed in the first place. However, he is doing everything in his power to try and help his players out.

“I think our kids just need a chance,” Paine said. “If nobody shows any interests in those guys, I would encourage them as much as I can to find walk-on spots somewhere that they can prove to someone else that I am worth it.” 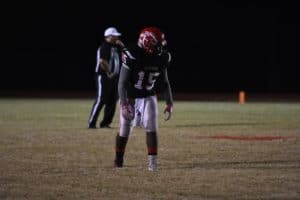 Assumption senior FB/TE Troy Jones was another offensive playmaker that could line up anywhere on the field even at wide receiver. (Photo provided by Troy Jones)

If anybody has seen some of Assumption’s senior offensive playmakers in action, then they would agree with Coach Paine that they are indeed worth it. Louisiana Football Magazine’s recruit expert Lee Brecheen is one of those people that have watched Assumption play this season and for him, there were two guys that stood out.

“Zyshawn Richard and Troy Jones were two guys for Assumption that really impressed me,” Brecheen said. “Zyshawn was a former running back that moved to receiver. He is a powerful guy at 5-11, 220 pounds that could be a D-I, I-AA type of player at the next level. Troy Jones is a versatile fullback/H-back that is not that tall at 5-8, 217, but is a guy that can do a little bit of everything. He could play at the I-AA or D-II level.”

According to Paine, both Richard and Jones were great players for his program. Not only were they talented, but they were versatile playing many different positions in order to give defenses different looks.

“Zyshawn has played some running back here or there, but we have moved him to receiver,” Paine said. “We thought that we needed a big play receiver right on the edge and that is what he did for us. In district play, he averaged 38 yards per catch. Not only did he produce a lot of big plays in the running game and receiving game, but he also made plays for us on special teams as well. He had a great season in which he was named 1st Team All-District.”

“Troy was like a multi tool on offense,” Paine said. “He played fullback, H-back, and even at receiver in some formations here or there. He had a couple of big games against Vandebilt as well as another big game late in the season scoring touchdowns. Like Zyshawn, he was a great special teams player. He had strength and speed, but most importantly, he had a great work ethic.”

Zyshawn Richard was able to move to wide receiver because Assumption also had another running back in Ernest Adams, who was an All-District running back this season and broke the school record running for seven touchdowns in one game. Richard talked about his relationship with Adams and how his game was complemented by Adams.

“Our relationship was really effective because of our relationship off the field,” Richard said. “That’s my brother and we trusted each other. If I make a block for him, I know he will repay me for getting a first down or going for a touchdown, and I think he feels the same.”

While Adams was the every down back, it allowed Richard to add some different elements to his game because of his size.

“The biggest strength to my game would be my ability to move and play different positions because of my size,” Richard said.

For Troy Jones, he was so versatile that even though his natural position was tight end or h-back, his coach could not vote him for All-District honors at that position because he never had his hand on the ground as the offense never required him to do that.

“I am actually kind of short so it is easy for the defense to lose me on routes,” Jones said.

Being both versatile players, Jones and Richard really appreciate each other as well as the roles that they have played for their team.

“Knowing that you have a powerful runner like Zyshawn behind you is very relaxing and makes your job easier,” Jones said.

“Troy was a big help for the packages and sets we had because he is so strong and his catching ability was like a wide receiver,” Richard said. “It was crazy because when we were smaller, he actually played center. Troy is a special player.”

For both players, they had to battle adversity. Jones had to prove everybody wrong because of his height while Richard had to bounce back from an injury his junior season that derailed him from playing that year.

“When I first got hurt, I wanted to quit and never go back, but I thought of my teammates and how we had plans to all go to college and that drove me to come back and play one more year with the people that I grew up with and became brothers with,” Richard said.

Richard actually encourages others to have that same mindset if a setback happens like an injury.

“My advice to someone that’s hurt and is coming back is to find something that motivates you and hold on to that,” Richard said. “It really helps throw away all the pain.”

After posting back to back district championships, the Mustangs took a step back in 2017 going 5-6 losing to North DeSoto in the first round of the Class 4A playoffs. Both players had their thoughts on the season and gave advice for next year’s team to get them right back to where they once were.

“We lost our offensive coordinator in the off-season and that really hurt the team as a whole,” Richard said. “Like myself, the team was very close to Coach Craig and when we heard he wouldn’t be there, it shocked everyone because we felt it was our year and we didn’t understand why it happened because in the past, we were starting to have so much success it caught everyone off guard. Next year’s team has to make up for that 5-6 season because I know we are better than that.”

“5-6 was not the record I was expecting to end my senior year with,” Jones said. “However, I still enjoyed every play and game like it was my last. My advice for next year’s team is to keep working and listen to the coaches.”

Even with all the adversity both players had to go through during their careers, they could have not done it without these people in their lives.

“I would like to thank Gil Verner, Coach Paine, and my family and friends,” Richard said. “I also need to thank my daughter because I love spending time with her whenever I get the chance. Without them, I don’t know what I will be doing.”

“I really need to thank my mom, dad, and coaches,” Jones said.

For Zyshawn Richard, he has the size, athleticism, and versatility to play at the next level, but as of right now, he has to wait on taking the ACT in February. However, he has been contacted by many schools from Louisiana already for a chance to play football at the next level.

“For whatever college I attend, I am ready to work and compete for championships,” Richard said.

Troy Jones has been waiting for his moment to play at the next level as during the season, he would be working outside after 11 P.M. in order to get ready. The results have paid off as  the versatile fullback was the number one tight end in the district but was named All-District Honorable Mention as a wide receiver. He ended the season with nine catches for over 300 yards. As of right now, Jones has been offered to play for three different schools one in Louisiana, one in Massachusetts, and one in Colorado. With a 3.2 GPA and 18 on the ACT, Jones is ready to play football at the next level.

“For any coach that would ever take a chance on me, it will be one of the smartest decisions you would ever make,” Jones said.

No matter what happens for both of these players, they will always reflect on their days at Assumption High School.

“The fanbase that was built over my four years playing there made Assumption football so memorable,” Jones said. “The atmosphere and feeling of playing under the Friday Night Lights is something that I will never forget.”

“Playing with my friends that I knew my whole life and playing in front of my family is something that I will miss about playing at Assumption,” Richard said.

According to Paine, there are many players that should have the opportunity to play at the next level like the two mentioned heavily in the article. However, other players like Ernest Adams and Brad Hill are two great athletes as well. Based on the players that Assumption football has this season, it is easy to say that these players will soon get their opportunity.