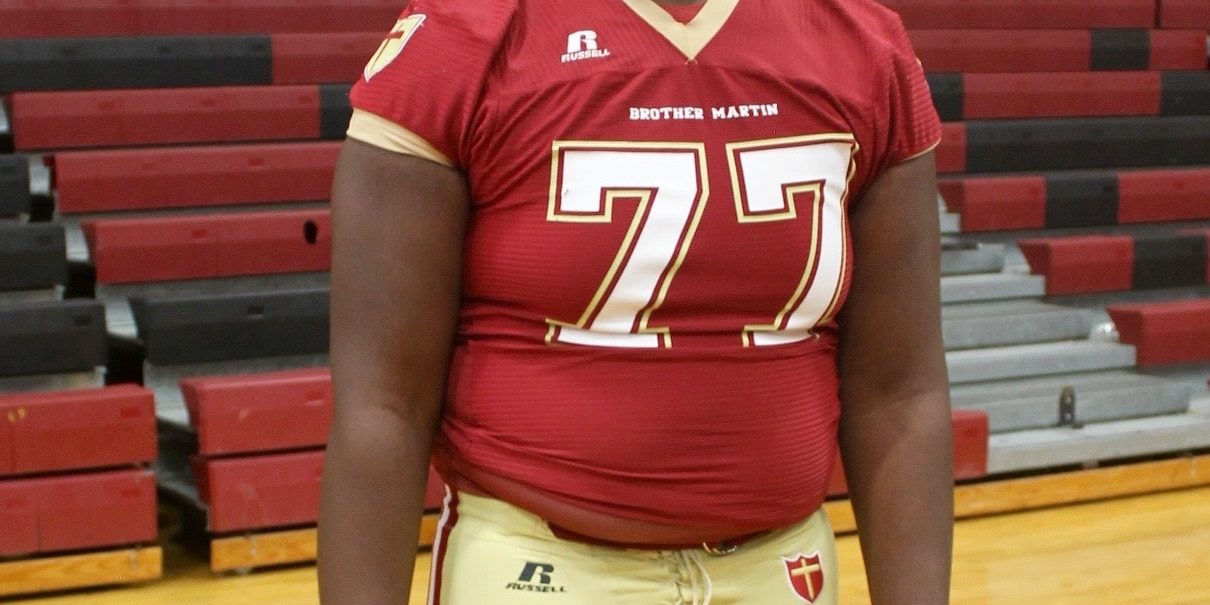 Coming from Brother Martin High School in New Orleans, Louisiana, offensive guard Zachary Breaux is not a stranger to achieving success in between the lines. Throughout his high school career, Brother Martin went 29-11 in the regular season and made the Division I playoffs all four years.  Breaux is a player that has a strong passion for football and enjoys every rep. At a very young age, his great size and strength naturally caused him to gravitate towards football. However, Breaux would not have mind trying his hand at something different, but felt his size restrained him from doing so.

“I was a big kid so football was basically the only thing I played, but I wish I would have played basketball,” Breaux said.

Once taking an interest in football in the seventh grade, Breaux eventually began playing and the rest was history. Throughout the beginning stages of his experience in football, Breaux was exposed to position switches along the offensive line.

“As a younger player, I played started out playing offensive tackle,” Breaux said. “Then, I moved to a starting role at the offensive guard position. I wish I could have continued to play at tackle because I enjoyed pulling.”

Playing high school football in one of the most talent rich cities in the country, Breaux participated in countless battles with some of the best teams in the state of Louisiana has to offer.

“My most memorable moment is when we beat John Curtis my sophomore year in overtime,” Breaux said. “It had a college game day atmosphere because it was a Saturday morning game.”

Brother Martin routinely plays programs such as John Curtis, Jesuit, Archbishop Rummel, Edna Karr, and other highly respected programs in the state. As a player, Breaux enjoyed playing the best constantly because it pushed him to become an even better player for his team.

“One school I enjoyed playing against was Rummel because of their rich football tradition,” Breaux said. I enjoyed being able to beat those guys back to back.”

As a leader of his team, it was important for him to form relationships with his teammates, especially the younger ones. Being a figure other players to come to for guidance was Breaux’s ultimate goal.

“I was a versatile leader, but I mostly lead by example,” Breaux said. “However, I had a pretty good relationship with the younger players.”

Building a solid foundation with the underclassmen was imperative to Breaux considering they are the future of the program. Breaux received to a lot motivation to fulfill his full potential from head coach Mark Bonis. With the success Bonis has had, it was easy for Breaux to have a desire to be the best version of himself every time he stepped on the field.

“I enjoyed playing for Coach Bonis because he was a great motivator,” Breaux said. “He was also a person who invested time. The biggest lesson I learned from Coach Bonis was the difference between spending time and investing time. Coach Bonis always said anyone could spend time in the weight room or on the field, but is he actually investing time and getting things done?”

Breaux also took lessons from his offensive line coach Ryan Zeringue on finishing the things he started. After a tremendous high school campaign, Breaux signed his letter of intent and will be playing his college football at the University of Louisiana-Monroe. He says the biggest adjustment will be moving to Monroe from a much faster-paced lifestyle in New Orleans, but believes he could make an impact and add physicality to the team.