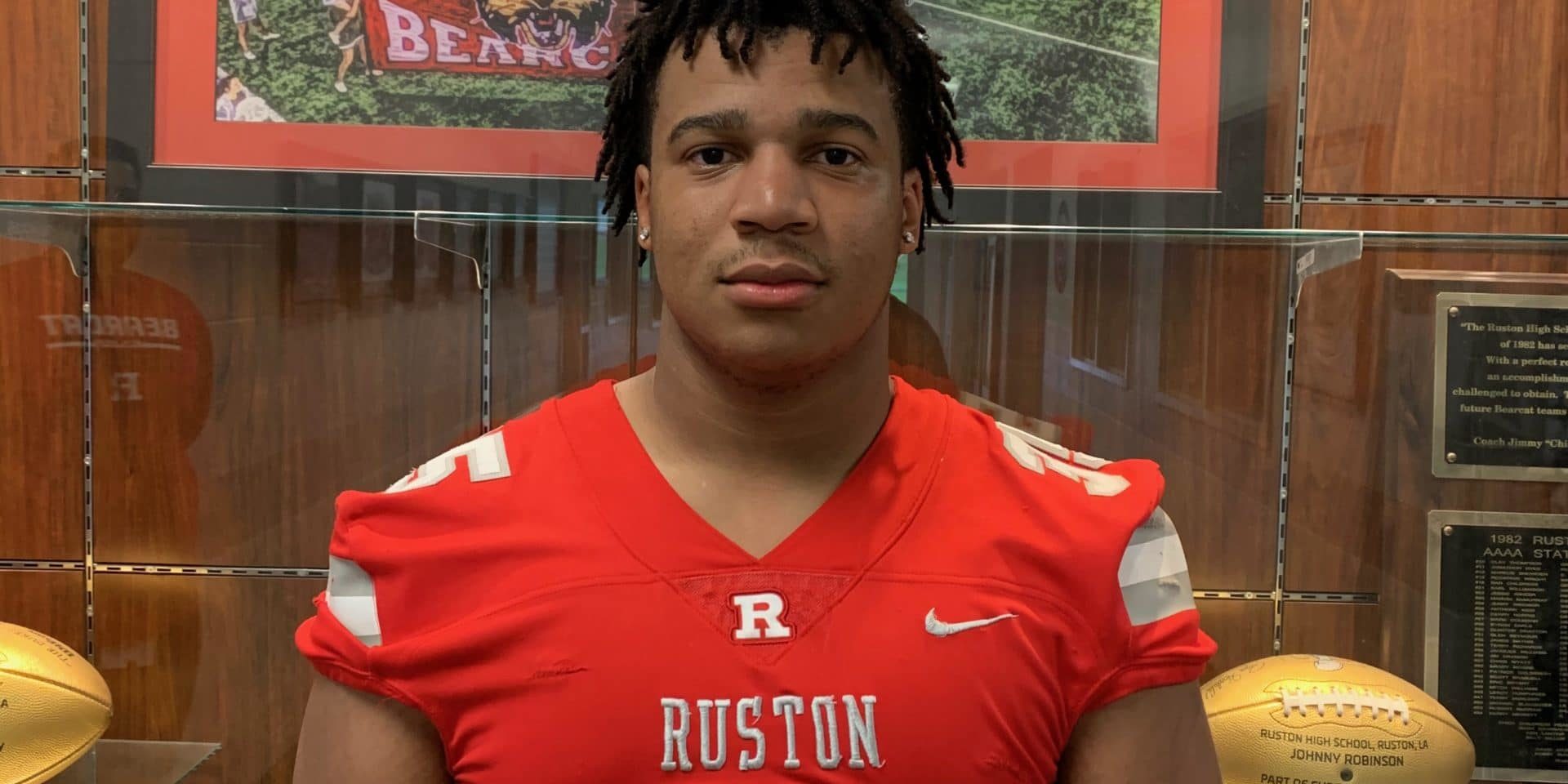 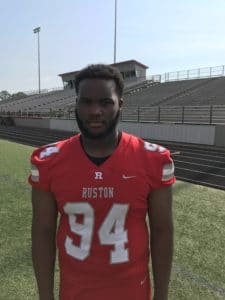 On National Signing Day this past Wednesday, the Ruston Bearcats had three of its players sign to play college football. One of those players happens to be highly recruited running back Ke’Travion Hargrove, who signed with Mississippi State while the other two come from in the trenches with both being defensive linemen in Sam Andrews and Jalen Penegar. Both Andrews and Penegar had plenty of opportunities to try and take down a college football running back in practice every day.

“Bull (Ke’Travion Hargrove) is a great running back and we have been going against him all our lives so we look at it no different,” Penegar said. “If anything, it helps our confidence knowing we go against one of the best backs in the country everyday at practice.”

Having that experience going against a talent like Hargrove certainly translated not only for the defensive line, but the entire defensive unit as well. Throughout the season, the Bearcats’ defense was stingy giving up more than 20 points only four times. Besides the duo of Penegar and Andrews, there were a lot more players that contributed to the team.

“Isaac White, Dalton Hebert, Gavin Pickens, BJ Green, and Aaron Wright were the ones that impressed me the most,” Andrews said.

“Jordan Williams, who started as a sophomore and junior at outside linebacker and got moved to inside and still was the leader and play caller for our defense,” Penegar said. “He made our defense go.”

The main contributor in making this defense go was none other than former Ruston High School/LSU All-American and Buffalo Bills defensive tackle Kyle Williams, who was hired this past offseason as defensive coordinator. Having a future NFL Hall of Famer as your defensive coordinator paid major dividends especially for the players on the defensive line.

“Coach Williams always told us if you get 11 hats to the ball and hustle every play, we will many ball games,” Andrews said.

The Bearcats did win a lot of games in 2020 with seven victories along with an appearance in the Class 5A Quarterfinals. However, it was in a loss that the defense gave its best performance of the season. Despite not giving up an offensive touchdown, the Bearcats lost to the Destrehan Wildcats in the Quarterfinals 6-0. Although the Bearcats wanted to go further into the playoffs, at least the team knew that they put it all on the field with no regrets.

“I think we played our hardest that game and laid everything out on the line,” Penegar said. “It just didn’t go our way and that’s that.”

What has gone both Andrews and Penegar’s way has been signing to play at the next level.

At 6-2, 275 pounds, Andrews has been a force on both sides of the football as either a tight end or defensive tackle. Louisiana Football Magazine’s recruiting guru Lee Brecheen has always been impressed with Andrews’ versatility.

“Sam Andrews can become a SEC defensive end or defensive tackle,” Brecheen said. “He has the arms, feet and toughness to be special.”

The Southern Jaguars have picked up the Ruston two way player with SEC ability, and Andrews is more than happy to land where he is at.

“The environment there is unbeatable,” Andrews said. “It’s nothing like being in the Bluff. Once I get to Southern, my most important goal is to learn the playbook and get a lot of playing time as a freshman.”

Meanwhile, Penegar has been a very productive player over his career as heading into this season, he had 142 tackles, 15 sacks, 18 quarterback hurries, and nine tackles for loss. The stats not only show what kind of player Penegar is, but his play on the field also translates to the collegiate level.

“Jalen Penegar has a big time motor and has NFL strength,” Brecheen said. “He is built like a tank with arms and has good feet.”

The lucky program that will be acquiring his services is Arkansas Tech as Penegar signed with the Wonder Boys on National Signing Day.

“I signed with Arkansas Tech because they showed me the most love,” Penegar said. “They seemed to be the most interesting to me, and it felt like home. I just got an overall family feeling from them.”

A family feeling is also what both players are going to get when going to the place that started it all.

“My favorite memories is just all the times I had with my teammates that we took for granted,” Penegar said.

“My favorite memories playing for Ruston High School would be those Saturday morning workouts after the games,” Andrews said.

Now, the past memories playing at Ruston High School will help create new memories elsewhere for these two defensive linemen.