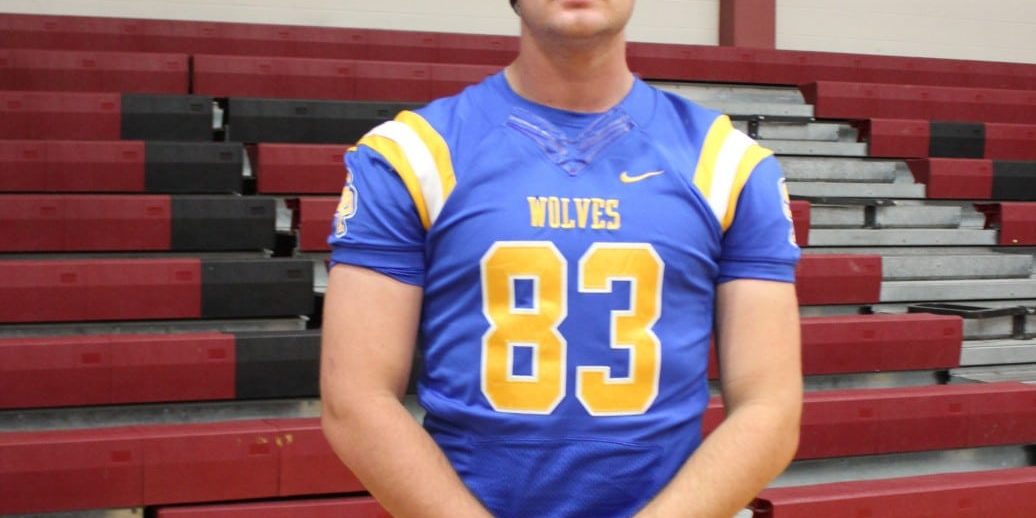 In the past three years, St. Paul’s Catholic School in Covington, LA has shown its capabilities. Throughout the regular season, the Wolves have experienced just as much success as any team, but their season has been cut short in the second round for three consecutive years. In recent years, St. Paul’s has had rosters stacked with talent, which makes their recent woes even more puzzling. One of its premiere players is senior defensive end Noah Seiden.  Standing at 6 foot 3, 240 pounds, Seiden made a living being very disruptive at the line of scrimmage. Throughout his time at St. Paul’s, he gave offensive lines fits trying to defend him on the edge.

“I have a really quick first step and hands plus I am pretty strong,” Seiden said. “I am able to run around a lot slower offensive tackles than use my hands to either get their hands off me or knock them down initially.”

Seiden is very familiar with playing on the defensive line not being exposed to playing many other positions throughout his life.

“I’ve been playing defensive end/defensive tackle my whole life, but also had a brief stint at fullback,” Seiden said. “I liked fullback, but I have always loved the defensive end position.”

Growing up, Seiden has always been involved in different things. Despite not being very athletic, he did not allow that to stop him from being active.

“I was an active kid and played soccer, football, baseball, and basketball,” Seiden said. “I also participated in karate for a few years. While I was active, I was not the most athletically gifted growing up and never had much success in sports except for basketball, football, and Taekwondo.”

Once participating in a bevy of sports, Seiden began to gravitate more towards football over the others.

“I liked the physical aspect that football and basketball offered and as I entered high school,” Seiden said. “I decided to dedicate my efforts wholly towards football because it is where I was having the most success as well as the most fun.”

“Our two big rivals in district were Covington High School and Mandeville High School,” Seiden said. “Covington has always tough competition because of the ‘little brown jug’ that is a symbol of our rivalry. Mandeville High is close to my house and I knew more of the players, so it was more of a personal game for me.”

Not only will Seiden cherish the great memories he had playing against local high schools, but he will truly miss playing with his teammates. He believes the competition he faced everyday forced him to become an even better player.

“I was blessed to play with some amazing teammates and against some talented athletes,” Seiden said. “Being against the best forced me to constantly push myself to be the best athlete I could be. Many early mornings were spent in the weight room and on the football field working with weights and doing conditioning. It caused me to have the mentality that I couldn’t slack off because if I ever did skip a workout or didn’t give 100 percent effort, I wouldn’t be able to compete and thrive against my opponents.”

Seiden became a great teammate for peers to look up to. Eventually, he emerged as a leader for coach Kenny Sears and his staff. Starting at a young age, Seiden adapted leadership qualities within his family.

“Growing up as the oldest of four boys, I have always been in a leadership position due to my father having to travel for work,” Seiden said. “I was honored to be selected as a team captain by my coaches and it was an experience I will never forget. Being able to mentor younger players was a huge privilege and was one of the highlights of my senior year.”

Typically, players immediately think of vocally leading others when being referred to as a leader. However, Seiden believes there are a multitude of ways one could lead others.

“I preferred to lead by example because I feel actions always speak louder than words,” Seiden said. “However, there are certain points in time when players need encouragement and coaching. It is sometimes easier to teach someone as a friend and teammate than their coach.”

Moving forward, Seiden recently decided to sign his letter of intent to Tulane University as a preferred walk-on.

“After going through the recruiting process, I fell in love with Tulane and the coaching staff there,” Seiden said. “Coach Jalen “JJ” McCleskey recently joined their coaching staff and I have trained with him since I was in the seventh grade so I have a personal connection with the coaching staff. I also have family who played football for Tulane, so my family has a sort of history there.”

Once his days of playing football are behind him, Seiden plans to attend law school and wants to pursue a career in politics or within the legal system.