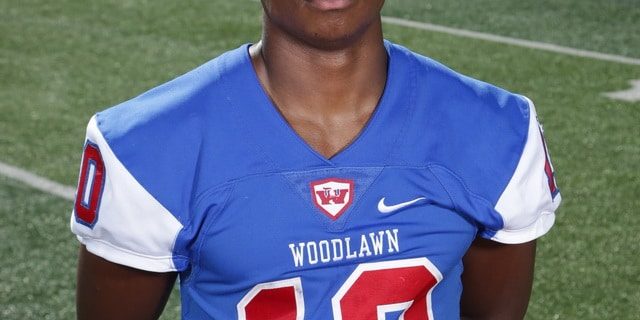 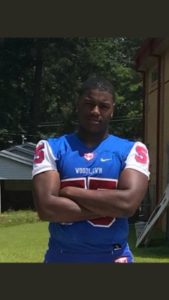 The Woodlawn Shreveport Knights have always been known for producing football players at the next level especially in the 1960’s and 1970’s with names such as Pittsburgh Steelers Hall of Fame Quarterback Terry Bradshaw, Joe Ferguson (former Arkansas and NFL quarterback), Robert Pennywell (former Grambling State and Atlanta Falcons linebacker), and many others who would go on to have great careers. Head Coach Jerwin Wilson has brought back relevancy to a program that has struggled in years past. Since 2013, the Knights have had a record of 39-31 including winning ten games in 2016 and 2017. Over that two year span, there have been up to 15 players that have signed in Wilson’s tenure most notably Trivenskey Mosley (Southern Miss) and Jordan Hester (Northwestern State). In 2019, there could be more names added to that list.

Louisiana Football Magazine’s recruiting specialist Lee Brecheen believes there are some big time players that are flying under the radar in the Class of 2019 including one player that is the younger brother of a current Texas A&M star defender.

“Damon Wilson is Woodlawn’s best prospect,” Brecheen said. “Damon Wilson is the brother of Donovan Wilson, who starts at free safety for Texas A&M. Like his brother, Wilson is gifted with 4.55/40 speed and is a true outside linebacker for college with room to get a lot bigger. He could also play defensive back like his brother as well.”

Like his brother, Wilson, who was on the cover of our North Louisiana preseason magazine, will play collegiate football at the next level. With National Signing Day approaching tomorrow, the second team All-North Louisiana selection has received offers from Northeastern State, Grambling State, and Arkansas Monticello. 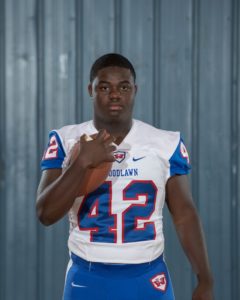 Wilson may be the highest recruit on Brecheen’s radar, but there are other seniors that have impressed him.

“Thomas Brown is a spectacular player too,” Brecheen said. “At 6-3, 280 pounds, he is a player that can be as good as he wants to be. Brown is LSU good and is just as impressive as any defensive lineman I saw this year.”

“Armon Harris is a good player that can play at either the D-II or D-III level as a linebacker,” Brecheen said. ” 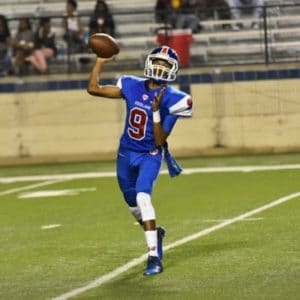 “Kentrez Roby is a really good athlete for them,” Brecheen said. “He can play at the I-AA level. Most colleges don’t know really what to put him as he can play multiple positions including quarterback and defensive back. At 6-1, 180 pounds with 4.5/40 speed, I think he can be a DI type player.”

Like Wilson mentioned earlier, Brown, Harris, and Roby all have offers to play at the next level.

Harris, who at 6-0, 220 pounds, was named second team All-District and received offers from Southern Arkansas, Arkansas Monticello, and Arkansas Tech.

Finally, Roby has received an offer from Alcorn State. It looks to be another eventful signing day for the Woodlawn Knights, but the one thing that the senior class is going to look back at is their time and experience playing for the Knights.

“I felt great about the season even though we finished with a 5-7 record because we had a lot of young guys to step up who never played the game before and did excellent things so this upcoming season Woodlawn is going to do big things,” Harris said.

Considering the amount of talent the Knights have produced, there should be plenty of more signees to come in the near future.