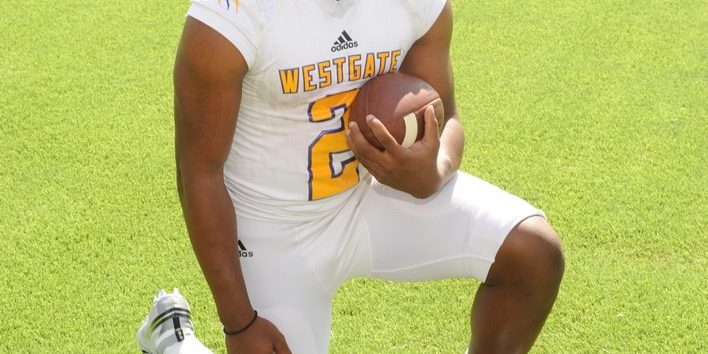 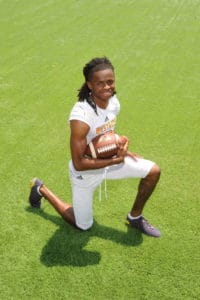 Throughout the state of Louisiana, there are a few teams that are more talented than the Westgate Tigers led by Head Coach Ryan Antoine. Of course, the first name that comes to mind when talking about the Tigers is their junior athlete Kayshon Boutte, who is a LSU commit for the 2020 class, but there are plenty of talented names in the 2019 senior class that set the tone for an incredible 2018 season. After finishing 6-4 in the regular season, the Tigers showed off their talent with a big time playoff win in the first round of the Class 4A playoffs against the higher seeded Plaquemine Green Devils. Even though the Tigers could not continue their Cinderella run as the number 25 seed in the next round against the Bastrop Rams, a seven win season, including a playoff win, it certainly sets the stage up for another talented class coming up the next season especially after gaining some momentum at the end of the season. Still, the toughest part about taking the next step will be doing it without some talented players that played key roles for this year’s team at key positions. In fact, RB/LB Tyreese Jackson, QB Markeyvrick Eddie, DB Latrelle Bethel, WR Javon Marks, LB Keith Lopez, and DE Ron Madison have all signed on National Signing Day in February.

The biggest name of the group is Tyreese Jackson. At 6-1, 225 pounds, Jackson already looked like a DI player his senior season and it showed. In fact, Jackson had a lot of DI offers entering this season.

“I received offers from West Virginia, the University of Houston, and Virginia just to name a few,” Jackson said.

Those were only some of the top schools that Jackson has considered, but in the end, it was another DI program that served to be the perfect fit for the three star two way player. That program was Colorado State University as Jackson signed with the Rams earlier this month. 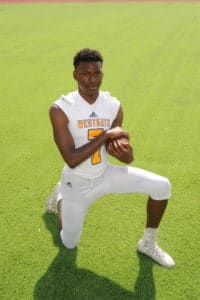 “This is the place where I belong,” Jackson said. “I am truly blessed to say that I will be continuing my academic and athletic career at Colorado State University.”

Already a physical speciman, Jackson will look to continue to get better in the weight room in order to get ready playing in the Mountain West Conference. There is no question that Jackson will be ready to play once next fall arrives, but the real question is which position will he play: linebacker or running back? Jackson was a bellcow in the running game for the Tigers rushing for close to 4,000 yards and 40 touchdowns over a three year span, but like other two way players that once started out at running back with more recent names such as Devin White (North Webster/LSU) and Patrick Queen (Livonia/LSU), he also has the physicality and athleticism to play linebacker. Well, there is no better person to ask than Louisiana Football Magazine’s recruiting specialist Lee Brecheen, who put Jackson on the South Louisiana Magazine cover as well as on the second team All-South Louisiana team.

“Tyreese Jackson is one of the best recruits in the state,” Brecheen said. “Why did not more bigger DI schools offered him, I don’t know, but he can be an All-American running back as well as an All-American linebacker. He is a legitimate 6-1, 225 and he can run a true 4.5/40. He is what I call a speciman as well as a very gifted player. What is scary is that I think he has not hit his upside yet. I think he will hit in college regardless if he wants to stay his weight and play running back or gain 20 pounds and play linebacker.”

Second, there is the signal caller that made it all happen with his arms as well as his legs for the Tigers, and that is senior QB Markeyvrick Eddie. Even though Eddie made a lot of plays under center, he will be making the full transition to cornerback for Jackson State University after being another player that played both ways for Coach Antoine. 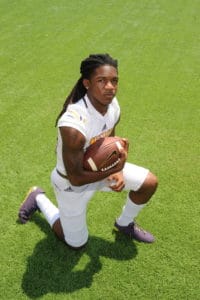 “I’m blessed to take my talents to the college level and continue the dreams I have had since I was young,” Eddie said. “I’d like to announce that I am committed to Jackson State University. I will be a Tiger for life.”

Following Eddie to Jackson State University is teammate LB Keith Lopez, who also signed with the Tigers in Jackson, Mississippi. Brecheen likes both of these players and think they can bring different unique skill sets to the table for their new team.

“Keith Lopez is a guy that came out for football from the basketball team,” Brecheen said. “He is about 6-6, 200 pounds, and could still fill out to become either a tight end or a defensive end. He can move for his size, and he probably did not get bigger offers because he does need to fill out, but he will be 240 pounds in a year.”

Another athletic playmaker is Javon Marks. Marks signed with Missouri Baptist University. For Marks, it was a visit that helped seal his future with the Spartans. Like the other signees, Brecheen feels like this is another big time get.

“Once again, Javon Marks is another great athlete that has raw potential,” Brecheen said. “He is another 4.5/40 guy. Like a lot of other guys at Westgate, Marks can play either wide receiver or defensive back in college.” 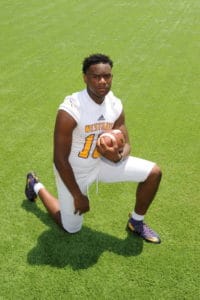 Arguably, the biggest sleeper signee of the group is senior DE Ron Madison. At 6-3, 240 pounds, Madison created havoc on defense especially his senior year. This past year, Madison had 54 tackles, five sacks, three forced fumbles, and three fumble recoveries while earning 1st Team All-District honors. Madison had previously received offers from Southern, Arkansas-Pine Bluff, McNeese State, Northwestern State, and Southeast Missouri State before deciding to sign with the Southeastern Louisiana University Lions. For Brecheen, this could sneakily be the most underrated pickup from this year’s class.

“This is a big time steal for Southeastern,” Brecheen said. “Ron Madison is a SEC caliber lineman. I saw him play in person his junior year against Rayne. This guy can run for days and I think could fill out and potentially become a Davon Godchaux (Plaquemine/LSU/Miami Dolphins). The only difference was that Godchaux was already 300 pounds when he came out of high school. Ron is as gifted as you will see from a guy that is 6-3, 250 pounds.”

Finally, the last signee is senior DB Latrelle Bethel, who signed with Louisiana College. Six collegiate signees is a huge number for a school that was winless only four years ago, and now, with more great athletes returning, this Westgate team may be only scratching the surface.