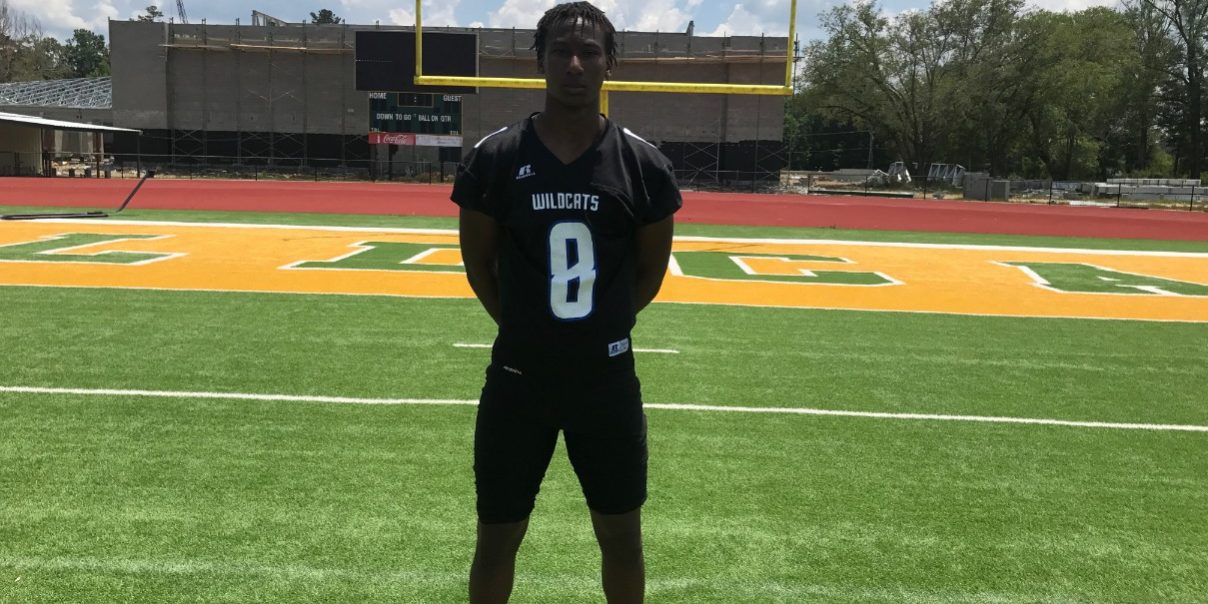 The Varnado High School Wildcats had a successful season in 2017 when they made it to the quarterfinals. During the regular season, they beat St. Helena Collegiate and Career Academy who was the Class 2A runner up and also Class 2A powerhouse Mangham High School. They are having a tough time following up that success in 2018 having started at 0-4.

Late in the offseason, the Wildcats went through a coaching change. Scott Shaffet left after six seasons leading the program in order to be the head coach at Independence High School and Anthony Hicks stepped in. A coaching change can be difficult, but it helps when you have a star player like Adrian Bickham.

Bickham is a 6-3, 200 pound senior for the Wildcats. He plays multiple positions for the team and has been a leader for the 2018 squad. Bickham think that this team has the talent to be better than their 0-4 record.

“We have a lot of speed and a lot of guys that have the potential to be lethal threats after a little more coaching,” Bickham said.

That is understandable since Coach Hicks has not had much time to implement his system into the program.

Playing on 1A team, you typically have to play multiple positions, which is a challenge. Bickham says tiredness is the hardest challenge.

“You really have to be in shape in order to compete and not be tired while playing at multiple places.”

One of those places is Bickham’s favorite at linebacker.

“I love playing outside linebacker,” Bickham said. “Teams really have to prepare to be able to stop me. Since I move around so much it confuses the coaches.”

While being in a small town, it might be difficult to get recruited but schools such as Rice, McNeese State, Nicholls State, and Northwestern State have all offered Bickham. Bickham has many strengths that these schools see and will take advantage of.

“My strengths come with my football knowledge,” Bickham said. “Being able to recognize multiple sets allows you to be able to properly counter an offense plus my physicality and strength is a good help.”

Other players will need to step up for Varnado to turn their season around but having an extremely talented athlete like Bickham is a good start for Coach Hicks and the Wildcats.