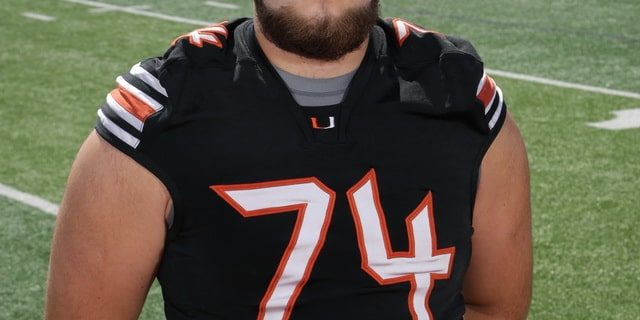 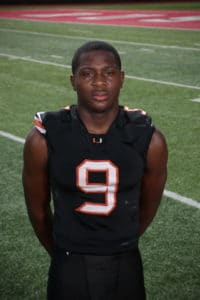 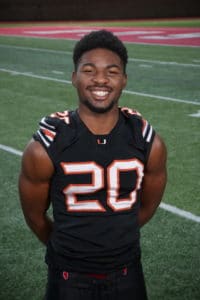 The Union Parish program has been an extremely stable one under Head Coach Joe Spatafora. Each year, the team has a few players that can play in college, and this year was no different.  The 2019 senior class had lots of talent especially at the skill positions.

Some of those skill players are Jalen Jones, Keshawn Brock, and Rodreguus Williams.  Jones was a wide receiver and a defensive back for the team while Brock and Williams were both defensive backs for the Farmers.

Some of the bigger guys that helped block for a great run game include Brennen Taunton, Courtland Nation, and Chris Smith.  Smith was a fullback for the team while Taunton and Nation played key roles blocking on the offensive line. All three of these guys were nightmares for the opposing defense to shed blocks from and make plays on the field.

One of the big time players on the opposite side of the ball is Antonio Hunter.  Hunter was a defensive tackle for the team. He was a tough guy to block for the opposing offensive lines. 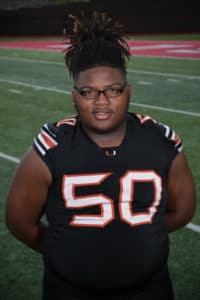 All of these guys are talented and Louisiana Football Magazine’s own recruiting specialist Lee Brecheen really likes them.

“Jones is a great blocking receiver,” Brecheen said.  “He’s about 6-0, 195 and will continue to grow and get better in college.”

“The same can be said about the offensive and defensive line,” Brecheen said.  “Both sides have size as well as athleticism.”

“I am very coachable,” said Taunton.  “I also get all of the plays down to where I won’t mess up.  I am also athletic.”

All of these seniors have the potential to sign and play at the next level.

Right now, Jalen Jones has signed to play at East Central Community College in Mississippi. Brennen Taunton signed and will play for the Bayou Prep Gators. The rest of the players have the ability to sign late if they have not already done so.

Each of these seniors will remember their time as a Farmer even after they move on to college.

“I will always remember that my senior year we lead the team and got out of the first round of the playoffs for the first time in 3 years,” Taunton said.

This group of seniors have won lots of games and help Coach Spatafora keep the program going strong and will be missed.  The team has a great group of players coming up, but it will be hard to replace the experience and leadership that is leaving them this year.