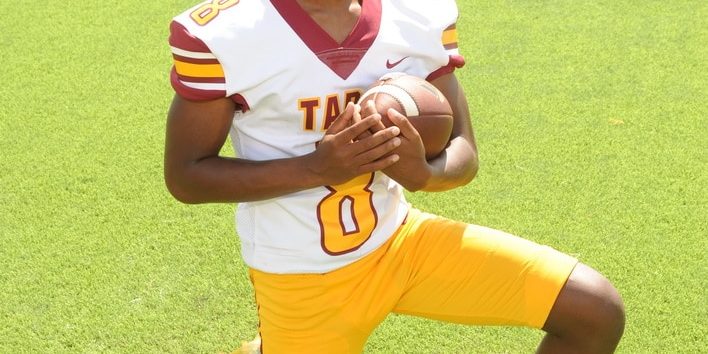 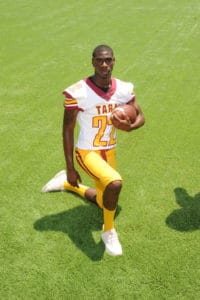 It has been a rough season so far for the Tara High School Trojans going 1-6 in their first seven games as well as starting the 6-4A district at 0-2. Still, Head Coach Terry Washington and the rest of the team has enough talent to keep things interesting over the last three weeks of the regular season. The Trojans have a chance thanks to their star quarterback Brandon Jordan, who is really flying under the radar especially in the eyes of Louisiana Football Magazine’s recruiting expert Lee Brecheen.

“Brandon Jordan plays quarterback and defensive back for the team,” Brecheen said. “Jordan is super athletic and if he played for a Catholic High School (B.R.) or a Dutchtown High School, he would probably be getting some DI looks. He is an athletic player that can play either defensive back or even wide receiver at the I-AA level.”

“Omar Allen is a raw sleeper,” Brecheen said. “Once he develops and fills out, he is going to be a big time player. Allen is a guy that can excel with the right program at a I-AA school.”

“Larry Smith is another big receiver for them,” Brecheen said. “Smith has 4.6/40 speed to go along with great hands.”

Even though there is some talent among the skill position players, it is the front five that is most impressive for the Trojans. The unit features a front five, which consists of seniors Jordan Coleman (6-2, 285) and Jeremiah Anderson (5-11, 265). However, the unit is led by senior Frederick Patrick (5-11, 285). 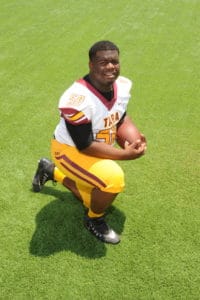 “Frederick Patrick, along with the two to three other really good linemen, are all strong D-II players for college” Brecheen said.

Like mentioned earlier, do not let the 1-6 record fool you. There is a lot of talented pieces on this football team especially along the offensive front, receivers, and quarterback position. The most encouraging aspect about the Trojans is that they have some really good players that are on the rise as underclassmen. Sophomore running back Darren Nelson already has a couple of 100 yard games as well as a 200 yard rushing performance early in his high school career. Also, the team’s best prospect is a junior in Terry Delaney. Delaney is currently being contacted by a couple of schools, which is really good signs for things to come considering he still has another full year left to play. The Trojans are big and athletic. If they can piece it all together over the next three games, which will not be easy against the likes of Parkview Baptist High School, Lutcher High School, and St. Michael the Archangel High School, who knows what may happen next.