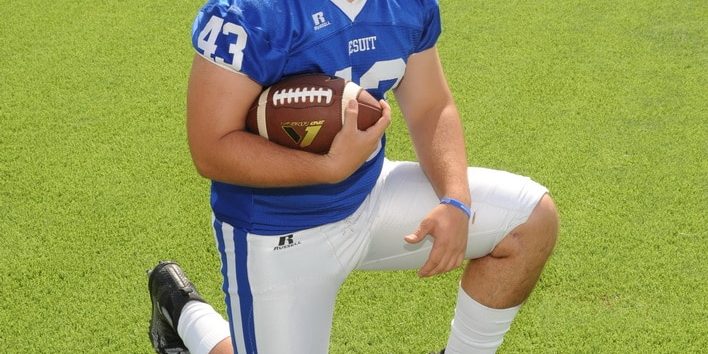 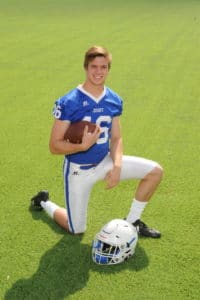 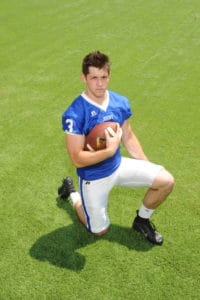 The Jesuit Blue Jays ended the 2018 season with a record of 6-6 after winning just two games during the 2017 season.  The jump the team made between 2017 and 2018 can be attributed to the senior class taking over and leading the team. The program did lots of things for the seniors and it showed in the way that they played during the season.

“It meant a lot to play for a program like Jesuit,” senior WR Noah Varnado said.  “The coaching staff and tradition is amazing and Jesuit football helps you grow as a person, not just a player.”

“Being able to play for a program like Jesuit these past few years has truly been a blessing,” senior FS Cameron Helm said.  “The coaches taught us numerous life lessons that we will never forget whether it’s on the field or off.”

Many players have things that they will remember about their time playing high school football and that is no different with these Jesuit players.

“One thing that I will always remember about Jesuit football is the bond between my teammates and I,” Helm said.  “I will remember these guys for the rest of my life.”

“I will always remember my 72 yard go ahead touchdown with less than two minutes left in the game against St. Paul’s,” Varnado said.

That touchdown propelled the Blue Jays into the second round of the 2018 playoffs. 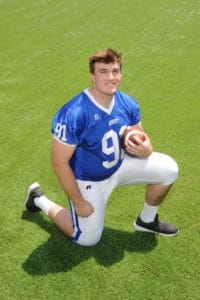 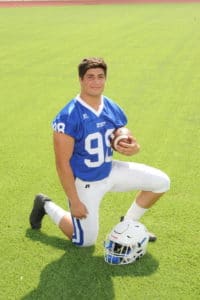 There are many of the 2018 senior class for the Blue Jays that can go on and play football at the next level.  Louisiana Football Magazine’s own recruiting specialist Lee Brecheen speaks very highly of this deep senior class.

“Jesuit has, in my opinion, a very big group of seniors that are underrated for college,” Brecheen said.  “I think that if some of these kids choose to play college ball, they could really have great careers. Jesuit is always a sleeper place for guys that are not ranked like Foster Moreau (LSU) for example.”

Helping to lead this group of seniors is 6-2, 195 pound FS Cameron Helm.

“I think Helm would be a great defensive back in college if he chooses to walk on,” Brecheen said.

At this time, Helm has received interest from many schools, but is planning on enrolling at LSU solely as a student.

Helping out Helm on the defense is MLB Marc Dougherty Jr.

“Dougherty could be a very good mike linebacker at a I-AA school,” Brecheen said.  “He is more of an Ivy League kind of kid. He’s about 5-11, 235 pounds. He has great football instincts and is a tough-nosed kid.  He is a better football player than what his 40 time says. His 40 is not a 4.5/40, but he makes up for that by being an instinctive football player.  I think he will be better in college than a lot of these players that time faster than him.”

At this time, Dougherty is committed to play football at Colby College in Maine.

Playing in front of Dougherty is DT Owen Melville.

“I think Owen is a big time sleeper if he chooses to play college ball,” Brecheen said.  He’s about 6-2, 265 pounds with good feet. He will get bigger in college and be a defensive tackle.” 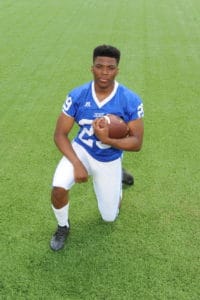 Playing next to Melville on the defensive line is DE Perry Ganci.

“Ganci is another guy that is very instinctive,” Brecheen said.  “He’s about 6-1, 235 pounds. He could be a mike linebacker or a defensive end depending on which level he goes.  If he goes D-I or I-AA, he will probably be a linebacker, but if he goes D-II, he can play defensive end. This kid just has a motor on him.”

The offensive side of the ball had many senior playmakers as well, and it started with RB Willie Robinson.

Calling the signals for the offense was senior QB Robert McMahon. 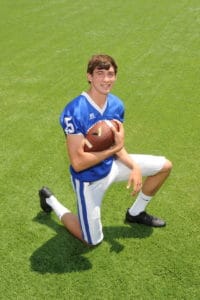 “I think Varnado is one of the best receivers in the state that no one is talking about,” Brecheen said.  “He’s about 6-1, 195 pounds. He has phenomenal hands, a great vertical, and is a big time playmaker for the team.  I think he could go to some DI schools like a ULM, Tulane, or ULL.”

Varnado has received an offer from Rhodes College and interest from Millsaps, Southeastern, Nicholls State, and Louisiana College.

Other offensive players that have the ability to sign somewhere in the end are TE Zack Charneco, OL Jacob Kieff, and OL Patrick Motes.

This is a large group of seniors and Coach Mark Songy will have a hard time trying to replace a group that has meant so much to the program the last few years.