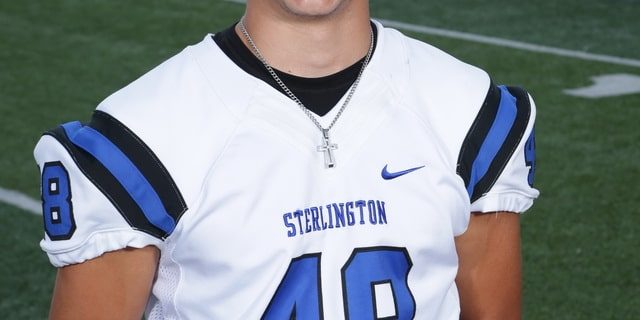 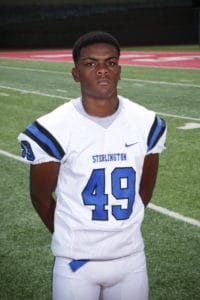 After coming up short of appearing in two straight state championship appearances in 2017, the Sterlington Panthers made sure to get right back to the big game in the Super Dome in 2018. Under second year Head Coach Lee Doty, the Panthers found their way back to the Class 3A state championship game. It was a total team effort in the team’s run to the Dome. In the Class 3A bracket, the Panthers’ journey to the Dome was not easy as they had to defeat teams such as Cohen College Prep, Church Point, Union Parish, and Iota. Whether it was going head to head in a high scoring 57-56 game against Church Point or playing in defensive slugfests against Union Parish and Iota, the Panthers found ways to win football games and adjusted accordingly. That is just a testament to really good coaching as well as to some really good players. According to Louisiana Football Magazine’s recruiting guru Lee Brecheen, there are a couple of senior players that have a chance to make their name at the next level if given an opportunity.

The senior with the most upside, according to Brecheen, is senior defensive end Justin Fuller.

Also, on the defensive side of the football, senior defensive lineman Colby Rivera, defensive back Trey Eddins, and defensive tackle Trey Rugg were some of the leaders on the team and made the group go. 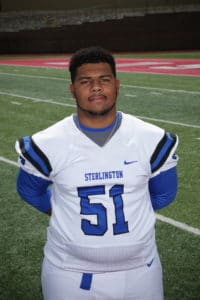 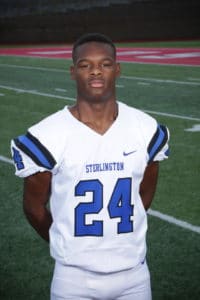 “Trey Eddins is a great athlete with 4.55/40 speed at 6-2, 185 pounds,” Brecheen said. “Colby Rivera can be a preferred D-I or I-AA walk-on. He played both ways for the Panthers and was also a good long snapper. Trey Rugg is another guy that can be a preferred walk-on at the D-II level and redshirt. He has good feet and is really tough.”

What was special about this year’s team was that when the defense did not step up, the offense did. Some of the Panthers’ key skill seniors this season were ATH CJ Colvin and WR/TE Clay Vaughn. According to Brecheen, both players are really versatile and can play wherever needed.

“CJ Colvin missed a couple of games this year, but came back in the playoffs,” Brecheen said. “Colvin is definitely under the radar either as a running back or a slot receiver. He can also play defensive back as well.

“At 6-1, 200 pounds, Clay Vaughn could be a really good tight end at the D-II or D-III level,” Brecheen said. “Vaughn has really good hands and could be used more as a wide receiver in a pass heavy offense.”

This season, the Panthers had plenty of players that are willing to do whatever it means necessary and that includes senior kicker Landon Green, who has also played in the secondary. 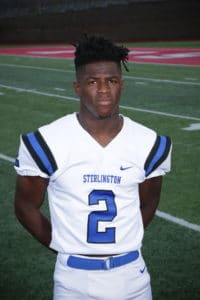 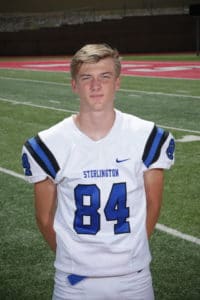 “Landon Green has a strong leg,” Brecheen said. “At 6-2, 185 pounds, Green has played defensive back, but he can definitely kick at the I-AA level. He can be a good walk-on at that level.”

What has been most miraculous about this senior class is that they had to go through a coaching change as well as an upgrade from Class 2A to Class 3A two years ago. Over the last two seasons, the Panthers have won two district championships and posted an overall 24-4 record. Other key seniors include linebacker Tyler Kaffenberger, fullback Malik Davis, nose tackle Idris Enoch, linebacker Seth McNew, middle linebacker Willie Holloway, defensive end Bryce Still, offensive guard Tyler Hitt, offensive tackle Jack Anderson, offensive lineman Kyle Elee, and wide receiver/cornerback Reid Handy.

Even with all of the accomplishments, this senior class knows that it could have been much better with a state championship victory. Unfortunately, the Panthers lost in the Class 3A state title game to the Eunice Bobcats 59-47. Senior Clay Vaughn reflected on the game.

“I think we just came out the second half and didn’t play as hard as we did the first half,” Vaughn said. “It has been a tough season for us and we have had three hard games that led to the championship game and I think it showed that we were beat up and tired. However, I am very happy about the season. We went further than anyone though and we made so many improvements from the beginning of the season. I love the team I played with and it wouldn’t change anything that happened.”

For the last four years, the Sterlington Panthers have overcome a lot of obstacles and have once again established themselves as one of the state’s elite thanks to this senior class.