The St. Paul’s Wolves Try To End The 2018 Season On A Strong Note Sending Their Seniors To The Collegiate Level 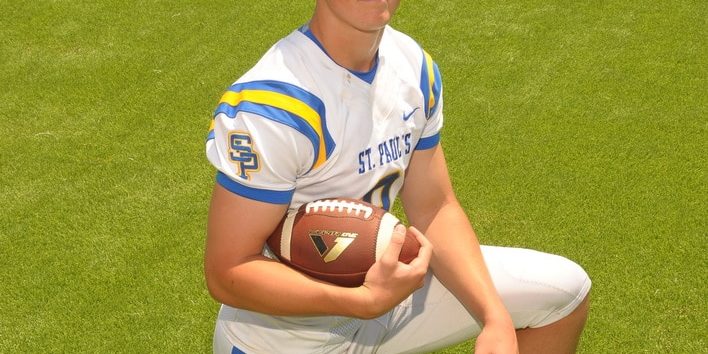 The St. Paul’s Wolves Try To End The 2018 Season On A Strong Note Sending Their Seniors To The Collegiate Level

Under longtime Head Coach Ken Sears, the St. Paul’s Wolves have been one of the most consistent programs in the state. From 2008 to 2016, the Wolves have clinched their district championship every season except for two seasons. Also, the Wolves have done a really good job of sending their players to the next level. As far as standards go for the program, the Wolves have had better seasons, but still posted a respectable 5-6 record losing in the first round of the playoffs to another good football program in the Jesuit Blue Jays for the 2018 season. In the first national signing day period, there were three seniors that ended up signing with a college. Those seniors were OG/OT Owen Hnatyshyn, DB Robert Buquoi, and WR Jakob Yancey. Today, Coach Sears got the chance to talk to us about those three seniors, how they contributed to the program, and what to expect from them at their new schools. Also, below, we have the players commenting on why they chose those particular schools. Then, finally, Louisiana Football Magazine’s recruiting guru Lee Brecheen gives his analysis on some of the senior players. 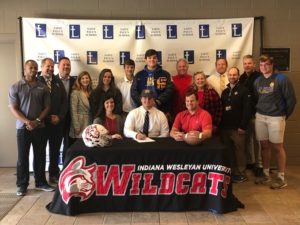 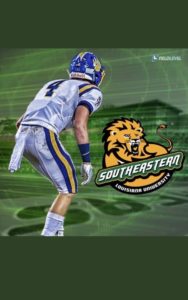 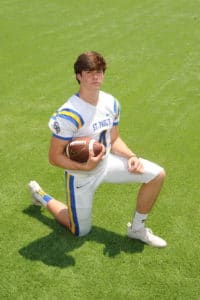 Coming Up: Although, there are three seniors that signed already. There could be two more seniors that also have a chance to play football at the next level. They are Jack Mashburn and Nick Stanton. Those two seniors were on the cover of the South Louisiana Football Magazine Preview Edition. According to Brecheen and Coach Sears, both players have opportunities to play at the college level and could announce their decisions once February hits.

At the conclusion of the second signing period, the Wolves’ coaching staff is very optimistic about sending two more seniors to the collegiate level. It comes to show you what Coach Sears has done with the program over the last 20 years and where the program is headed for the next 20 years.