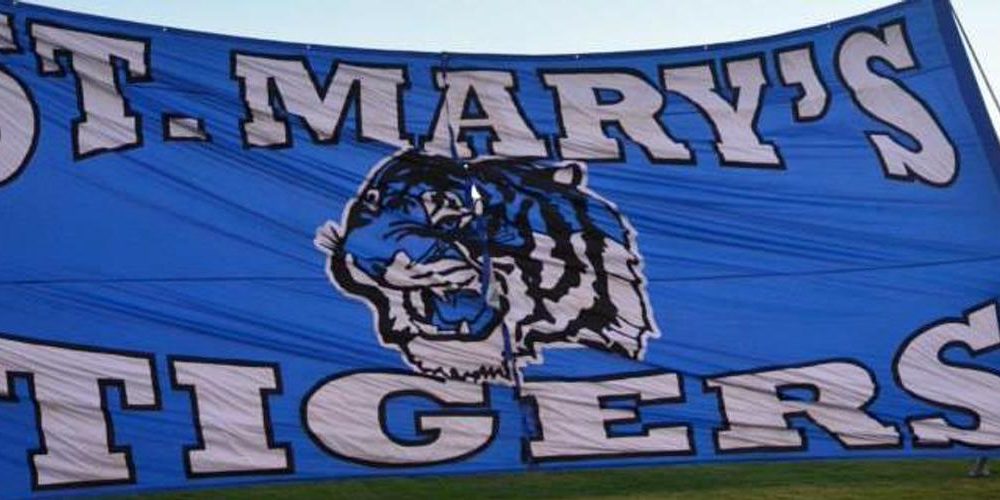 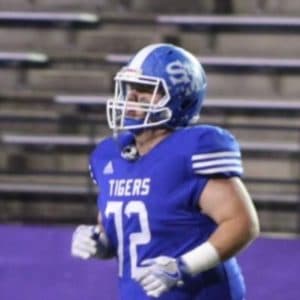 Under head coach Aaron York, the St. Mary High School Tigers have had back to back four win seasons entering the 2020 campaign. The goal for this past season was to have a winning season and get in the playoffs. In a normal season with a normal offseason, it seemed like it was a forgone conclusion that the Tigers could achieve that mark especially with a lot of experience coming back. However, it did not start that way because of the COVID pandemic not allowing the program to use its full offseason program to get its players in shape for the season.

“Getting to where we could have full padded practices was a challenge in itself,” Coach York said. “It took a lot of trust on the coaching part when all of us were in our homes to contact the kids and make sure they were getting in shape and getting their bodies physically ready for the season because that was my biggest fear, which was getting kids in that were not in shape and not ready to participate in a padded practice much less a football game. We sent workouts out and did Zoom workouts. At that point, we are crossing fingers to get a helmet on and put pads on, and then, finally, it came. I thought our kids did what they needed to do in order to have a successful season.”

However, it did not start as that for the Tigers after the team went off to a 1-2 start in its first three games with losses coming to North Caddo and Grant.

“For the first three games when you go out and play a very talented North Caddo team, and then, we turn around and play a very physical Oakdale team,” Coach York said. “In the Oakdale game, I felt like we did some really good things and we had a quarterback change during that game, but it gave our offense a little spark. Then, the Grant game, we self imploded. During that game, we had about 150 yards in penalties, but I believe that game was a turning point in our season. We had a session that following Monday to act how you are supposed to act, but I think our seniors took control. They looked around and realized if we keep playing like this and acting like this, then we won’t be successful this year.”

The senior class and the rest of the football team immediately took ownership according to Coach York and thus, started a great regular season run winning all of its remaining regular season games to enter the playoffs with a 6-2 record while also winning the district.

“From there on out, we went on a five game winning streak and did not lose to a 1A game until the ninth game of the season in the playoffs against Country Day,” Coach York said. “After the Grant game, we learned a lot about ourselves and how you are supposed to play football.”

The Tigers played their brand of football and it is because of their senior class that put it all together.

“I thought senior wise, Patrick Vienne had a big year this season for us,” Coach York said. “Patrick was first team All-District at defensive end, but he also anchored our offensive line. We didn’t know if we would get him back because he is a big time baseball pitcher. During the summer, he told me that he would come back to the football team for his senior year, and he told me by the end of the year that it was the best decision he has made. I also thought Noah Heard had a great year as he had four interceptions and two or three of those he ran back for touchdowns from the safety position. Jace Miley had a great year on the offensive line as he played right guard for us. We moved him around when we needed to. Dane Files was 1st Team All-District as a receiver with over 600 yards receiving and also played defensive back for us. Finally, Jeffrey Townson was our starting middle linebacker and made all the calls for our defense.”

This St. Mary’s senior class may not be the most hyped class in the state, but they were all productive and willing to do whatever it took for the team. Because of their ability to fix problems on the fly, the Tigers achieved their goals. Now, with experience from the younger players coming back, the program now knows what their goals are for next season.

“We are going to keep getting better here on out,” Coach York said. “The year before this past season, we went 4-6 and from that 4-6 season, we lost three of those games within three points. Each season, we are progressively getting better and the kids are getting more comfortable in the system. Our goals for next season are to win in the playoffs. We have been in the playoffs, but now, we have to win in the playoffs. We got a lot of skill players coming back next year and if we can sure up our offensive and defensive lines, I think we can be pretty good.”