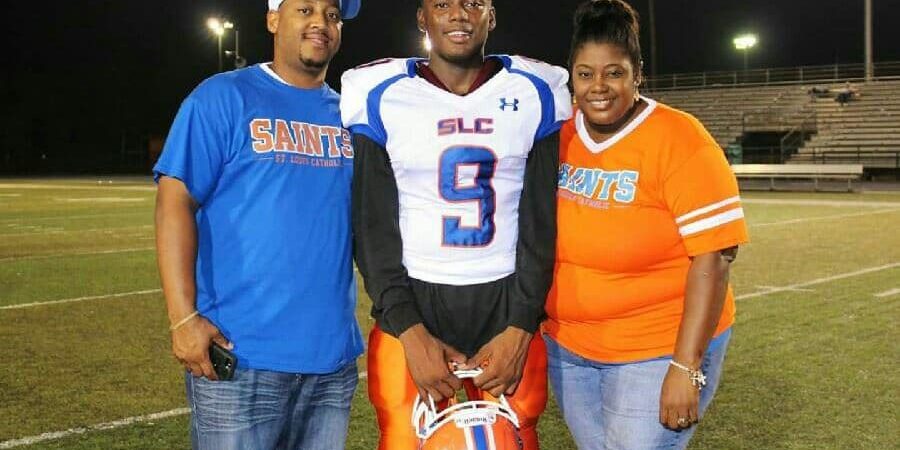 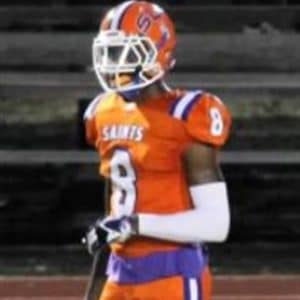 St. Louis Catholic senior WR Benji Chatters is one of the big playmaking receivers for the Saints. (Photo provided by Benji Chatters)

The St. Louis Catholic Saints are coming off a coaching change in which Coach Chad Lavergne took over the program. He had a tough task ahead after the Saints went 4-8 in the 2017 season. The talent is there to turn the program around but will be tough.

Returning on offense is quarterback Jaleel Goodwin and wide receiver Benji Chatters. Both of these guys are seniors and will be leaned on heavily as leaders for the 2018 season.

Louisiana Football Magazines own recruiting specialist Lee Brecheen likes these guys and thinks they could play at the next level.

“Goodwin is probably the best player on the team,” Brecheen said. “He has the ability to play at the right D-I school.”

Goodwin will have a playmaker at wide receiver to throw it to in Benji Chatters. Chatters will play a vital role in the Saints offense this season.

“Chatters has been a starter for three plus years and has great hands,” says Brecheen.

If the offense is not able to score, the coaching staff knows that they have a reliable kicker that can put points on the board for them.

“He is one of the highest rated kickers in the state,” Brecheen said of Andrew Kilpatrick. “He is definitely a D-I guy.”

The Saints have always had a strong special teams unit and that is still the case this season. Kilpatrick will be relied on when the offense is not able to score. Being one of the best kickers in the state, Coach Lavergne will not be shy about putting him out there to put points on the board for the team.

With these guys playing to their full potential the Saints should be able to win some of their upcoming games. These players will need to be relied on for leadership on and off the field if Coach Lavergne wants to turn this into a successful season.