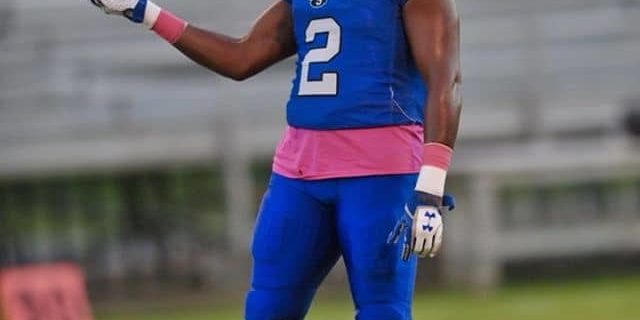 When it comes to one of the state’s Class 2A powerhouses, the Springfield Bulldogs are not a name that comes immediately to mind. However, it does not mean that there are not talented players to come from the school. Louisiana Football Magazine’s recruiting specialist Lee Brecheen has seen the Bulldogs play this season and immediately, there are two names that come to his mind. Those names are John’l Fryson and Beau Husser. Acccording to Brecheen, both players do not get a lot of attention, but however, they are flying under the radar and deserve to have a chance to play at the next level.

“John’l Fryson is a very underrated player,” Brecheen said. “He can play at either the I-AA or D-II level. He has got some power and some speed as well. He is a tough kid.”

“Beau Husser is the best college prospect on the team in the senior class,” Brecheen said. “Beau was a former offensive lineman at Ponchatoula High School and then transferred to Springfield. He has improved night to day from when he was at Ponchatoula as an offensive lineman. I don’t know what he did, but his feet and his ability to run have really improved. He looks really gifted as a runner and looks like a DI player as a tight end. If he does not sign with a DI college in the late signing period, schools are going to regret it because he is not only going to be a DI tight end, but he is going to be a starter for three years. He is all of 6-5, 240 pounds and can run. He kind of reminds me of Foster Moreau (Jesuit/LSU) and I think he could be that type of guy.”

Like Brecheen, the Bulldogs’ Head Coach Ryan Serpas have been very impressed with both players since they started suiting up for the Blue and White. Coach Serpas has spread the word around about these two guys for what they have done for the program and what they can do athletic. As of right now, both players have opportunities to continue their playing days.

“Right now, Beau Husser is being looked at by several schools,” Serpas said. “He has been offered by Louisiana College and I know Southeastern Louisiana University is looking at him as well as a couple of other out of state schools as well. He has a desire to play at the next level so I know that he will have that opportunity.”

“John’l Fryson is another kid that I believe will have that opportunity as well,” Serpas said. “He was the leading rusher for our Parish until he got injured in Week 7. Then, he had to undergo surgery and unfortunately, had to miss the rest of the season. I know there are still some colleges looking at him. I just don’t know if it will be at a scholarship level, but he will definitely have the opportunity to play.”

The 5-10, 212 pound running back/outside linebacker looked like he was going to have a strong start to the season like previously mentioned by Serpas. In the opening game of the 2018 season, Fryson set a school record for most rushing yards in a game against Ascension Christian, which was 370 yards. By halfway through the season, Fryson hit the 1,000 yard mark until his injury forced him to miss out the rest of the season in Week 7. For Fryson, the most frustrating part about it was to not play with the guys that he played with his whole career, but he knew that he had to still provide leadership even though he could not do so on the field.

“I know that when getting an injury, it may seem that it is all over, but that is not the case,” Fryson said. “You got to keep pushing and if you do, something good will come out of it.”

As a person that wants to major in psychology, Fryson knows that all people can control is their attitude and that is what he has done. Like Husser, Fryson has also received interest from Southeastern to play collegiate football.

Husser, who unlike Fryson, came to Springfield as a transfer from Ponchatoula. However, Husser made the new school its new home and would soon become a main leader for the football team in a hurry. Also, it was at Springfield, where he made his biggest improvements in becoming a player. Even though both players play different positions and have different stories, there is no question that both players helped the Bulldogs become a team to be reckoned with in future years. Their ability to overcome adversity whether it is being under recruited like Husser or overcoming an injury like Fryson plays hand in hand with what the Bulldogs had to overcome during the season.

“We started the season 2-0 and unfortunately, had ran into some injury bugs later on in the year,” Serpas said. “For the next few weeks, it kind of put us into a downward spiral going into district and it is one of the toughest districts in all of 2A football if not all of the state. It was hard for us to be competitive when we were so banged up. We were able to pick up one district win and ended the season at 3-7. We went into the playoffs and had to play a team that we were already familiar with and the eventual state champion Amite Warriors. Overall, it was a good learning experience by our kids and it shows that there is a lot of promise. They were able to compete with some of the best talent in the state. I was proud of the effort they gave us and there was one thing for sure that they would never give up.”

What separates the Springfield Bulldogs and their two biggest senior recruits is that no matter what the odds are, they are willing to fight to overcome those odds.