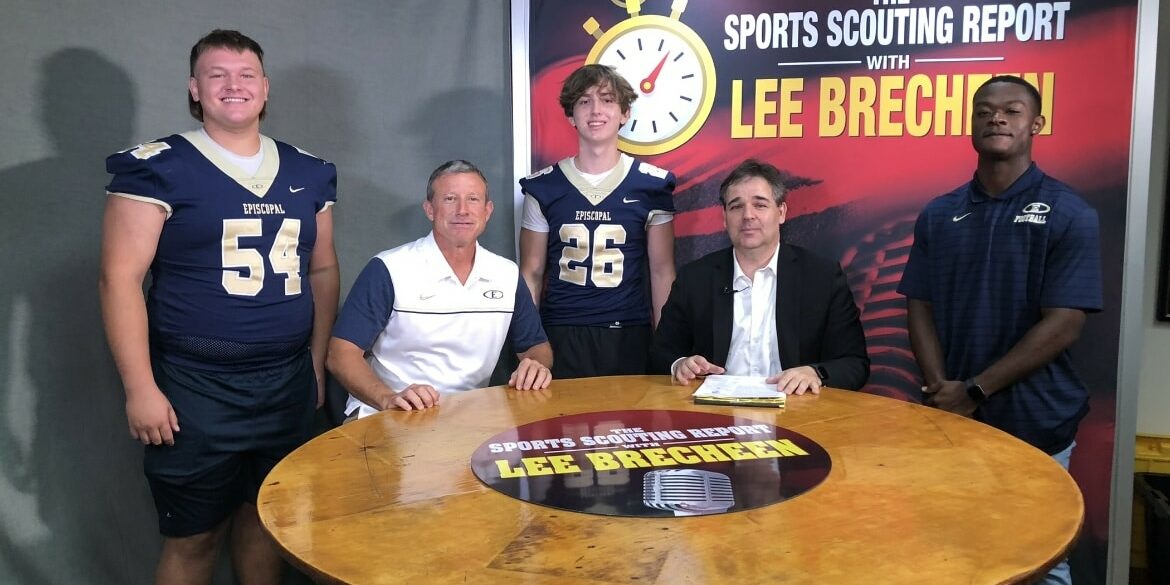 Wednesday’s episode of the Sports Scouting Report with Lee Breecheen is all about Episcopal High School Football. The show begins with bringing in former Episcopal player Kolin Bilbrew, to honor the late Jimmy Williams. Williams was a coach at Episcopal and had a great impact on all his players. Next up on the show is defensive player Cale Buhler to talk about the last few seasons and the upcoming season. Then, player Trigg Newton gives his view on the Knights 2022 season. To wrap up the show football and baseball Head Coach Travis Bourgeois and Brecheen talk all things football for this season as well as some notable Knight alumni. Wednesday’s show is one to listen to, especially for all the Knight’s fans out there.