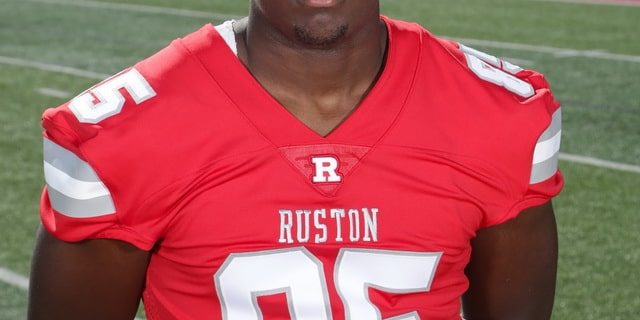 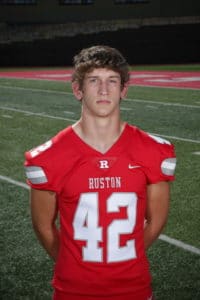 The 2019 seniors at Ruston High School have been able to win many games during their time with the program, and this season was no different.  The Bearcats were able to make it to the semifinals of the playoffs where they lost to West Monroe High School. The team was able to make it there under the coaching of Jerrod Baugh and the senior leadership, which has meant lots to the program.

“This was a very good group,” Coach Baugh said of the 2019 senior class.  “They were able to take last year’s second round showing and added to it. That is a tribute to the hard work that they put in throughout their career here.”

Some of the members of the senior class that will be missed are Ray Parker, Dylan Skinner, and Connor England among others.  Each of these players are expected to sign and play football in college. Louisiana Football Magazine’s own recruiting specialist Lee Brecheen spoke highly on this whole senior class.

“I’ve seen Ray Parker play in at least four full games,” Brecheen said.  “He’s a very intriguing and unique player. He could either be an All-American as a left offensive tackle or he could be an All-American tight end.  If he were to play in the NFL one day, I think he would be an offensive tackle. I think he wants to be given a shot at tight end and if I were a college coach, I would give him a shot.  He’s a legitimate 6-5 with a weight of about 270 to 275. He runs like he’s about 220 and is a great blocker. I’ve seen this kid block other kids his size and just take them out like it’s nothing.  He also has great, soft hands and he is long too.  He can put on a ton of weight with his frame if he plays tackle while staying lean or he can stay at the weight he is now and be lean.  Either way, Parker can be an NFL superstar one day.” 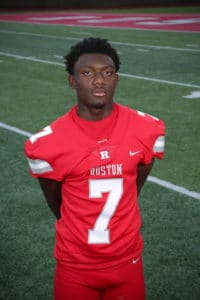 At this time, Parker is committed to LSU.  He is expected to sign during the next signing period in February.

The other player that Brecheen has watched play a few times in Dylan Skinner.

“Skinner is a mike linebacker for college,” Brecheen said.  “I thought his junior year was his best year. He’s very instinctive and moves really well for a linebacker.  He’s about 6-2, 210. He did not get a chance to fill out during his senior year because he had an injury, and I think that is the only thing that has kept him from getting big time offers early.  Skinner is a player that will fill out to about 230 to 240 in college with a 6-3 frame to go along with is ability run a 4.7/40. If I was coaching at a school like Louisiana Tech, I would convince him to walk on, earn a scholarship, and start in about three years.  He could be a big time linebacker in the end. He’s got what the colleges want. He’s tough, smart, a good runner, and has a good frame.”

Another player that could play at the next level is defensive tackle Connor England.

“Connor made a late change to defensive tackle from the offensive line,” Brecheen said.  “He’s a legit 6-3, 270 pound guy. He is a big guy that is raw right now, but has good feet. I think he could play nose guard at a smaller school but if he were to go to a bigger school, he might go back to offensive guard.  He really showed a lot as a defensive tackle this season.” 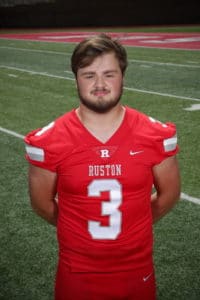 At this time, England does not want to continue playing football at the next level.

“At this time, I feel like I am ready to pursue opportunities beyond football,” England said.  “I will always remember how hard we worked as a team and how we loved working hard for each other each and every day.”

That hard work showed in how the team built on the 2018 season and made it deeper into the playoffs.

There are a few other players that Brecheen believes could play at the next level and those players are OL Eric Hopkins, SS Dontay Jackson, OG Taiwan Levi, DT/NG De’Treveion Mcguire, QB Eric Outley, and LB Cole Watts.  Each of these players were great high school players that could walk on to a I-AA, D-II, or D-III program.

Coach Baugh knows that it will be hard to replace each of these players but in a program like Ruston, new guys will step up to fill these shoes. Even with new guys, these players will be remembered for the wins and playoffs appearances that occurred while they were at Ruston High School.