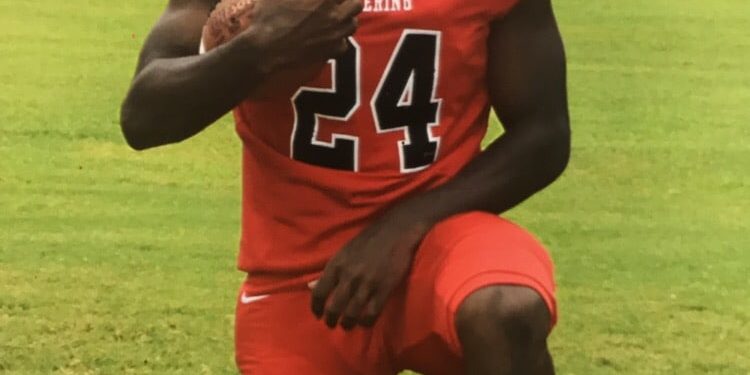 After posting eight wins and advancing to the Class 2A playoffs in 2016, it seemed that the Pickering Red Devils were poised for great things especially after winning nine games the season prior. However, former Head Coach Johnny Cryer took the head coaching job at Rosepine High School. Having to fill his shoes, Head Coach Eddie Thomas had to lead the program and continue the success the Red Devils were having. Still, it was easier said than done as the Red Devils have had a rough start with the team finishing winless on the 2017 season at 0-10. It looked like the Red Devils once again were going to finish winless in 2018 entering the last game of the 2018 season at 0-9. However, the seniors and the rest of the Red Devils came together to end the two year winless streak and defeated the Vinton Lions 34-13 to end the season at 1-9. On the surface, one win may not look like it is a lot to brag about, but for the Red Devils, it can be used as a confidence booster for Coach Thomas and the rest of the team for next season.

Senior linebacker Jonathan Gregory is a player that experienced both ends of the spectrum whether it is being a part of the playoff teams as an underclassmen or experiencing only one win as a junior and a senior. Gregory, who has been named All-District three times in his prep career, had some advice on how the Red Devils can get back to their winning ways in 2019.

“Use last year as a learning experience,” Gregory said. “You know what it is like to prepare to win and now keep on doing it.”

At 5-11, 186 pounds, Gregory may not be the biggest, but his heart, work ethic, and his football I.Q. make him a great player at the high school level. Gregory admits that last year was not the team’s best season, but he feels that the team can get back to a winning culture because of the type of community Pickering High School is.

“It is the community,” Gregory said. “They have stuck with us through hard times and deserve a winner.”

Regardless of the record, it has not prevented Louisiana Football Magazine’s recruiting specialist Lee Brecheen from watching this team play. In fact, he thinks there are a couple of players that could potentially play at the next level.

“Jonathan Gregory is a tough kid,” Brecheen said. “I saw him play last season and I believe he is a sleeper at the D-II level as either a defensive end or as a linebacker.”

“There is SS Arthur Tabor,” Brecheen said. “The kid is a ball hawk and a big time football player with 4.6/40 speed. He is also one of the best hitters that I have seen in the Lake Charles area. He brings the wood and is a sleeper for the I-AA or D-II level.”

These players have stuck through everything thick and thin. That is a rare quality to find these days. This group will be remembered for their leadership and their willingness to do everything for their team. Hopefully, these qualities translate to next year’s team as they enter the spring with a lot of momentum.