The Parkview Baptist Eagles Had a Tough Start to the 2018 Season, But Ended Up In the Playoffs Thanks to Great Coaching and Senior Leadership 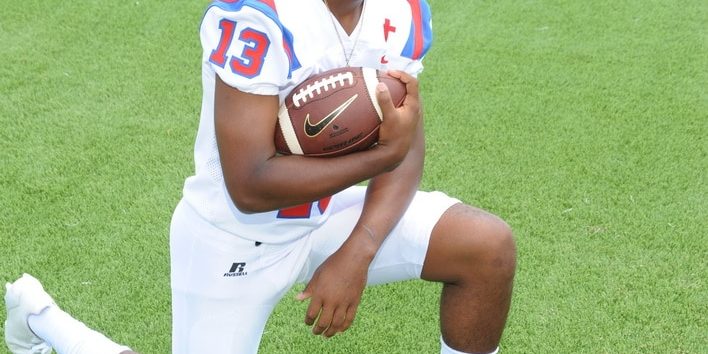 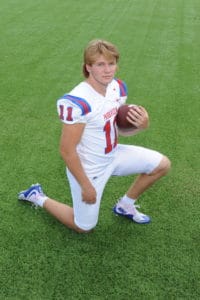 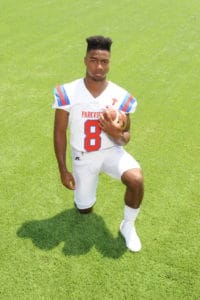 The Parkview Baptist Eagles did not start the 2018 season like they wanted to.  The Eagles came out of the gate 0-5 after tough games against Catholic-B.R., East Ascension, John Curtis, Walker, and Southern Lab.  The season turned around in Week 6 with a win over Lutcher. After the Week 6 win, the Eagles went on to win four of their final five games to propel them into the playoffs.  Coach Jay Mayet and his staff along with the seniors did a phenomenal job to right the ship and get the program back to their winning way.

“It was our senior class coming together,” said senior WR Kyle Williams.  “We said we need to make changes and everyone needed to get on board. We turned it on after that.”

All of those seniors have the ability to go play football at the next level and Louisiana Football Magazine’s own recruiting specialist Lee Brecheen speaks highly of these players. 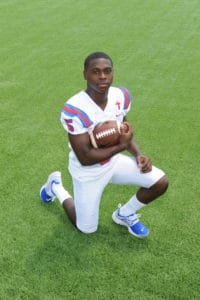 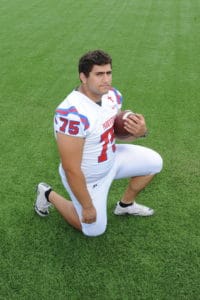 “Colton is probably Parkview’s most DI looking guy that they have in their senior group,” Brecheen said.  “He was hurt some his junior year and his senior year. I think if he falls in the hands of the right I-AA program or even D-II, they would be getting a DI player because he has the DI skills.  He just does not have enough film to show off his ability because of the injuries. He played back and forth between QB and LB so he never really harnessed a position. He’s very raw at 6-3 about 215 pounds. He runs about a 4.59/40. He can probably get to about 230 and still run about a 4.6/40. I think he’s a linebacker and would probably be a heck of a linebacker for a I-AA school if they grab him based off of his potential.”

“Washington is the most ready college prospect,” Brecheen said.  “He’s about 6-2, 200 pounds. He’s built like a tight end, but makes plays like a receiver.  He’s got great hands and a great vertical. He just needs to work on his breakaway speed.  He doesn’t explode away from defenders after he catches the ball. His physical abilities with his height and his vertical are unbelievable. He is definitely I-AA.  I think he could go DI if he works on his ability to separate. When the ball is up in the air, he goes and gets it. He’s one of those guys where if the ball is close to him, he will get it.”

One of the players that Washington tries to model his game after is Odell Beckham Jr. (Isidore Newman/LSU/New York Giants) and that shows in his play on the field.

“I model my game after Odell because of his route running,” Washington said.  “He also makes big catches. He’s the reason I wear #33.” 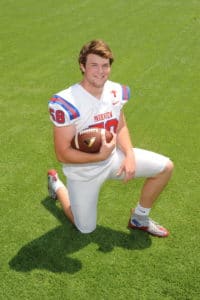 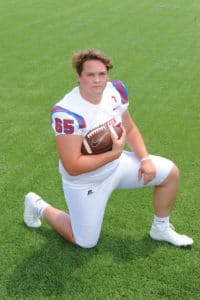 At this time, Kyle has received offers from Southeastern, Northwestern State, and McNeese State.

“Tolliver is a great skill guy,” Brecheen said.  “He’s not big at about 5-8, 165 pounds. He can run about a 4.40.  He just needs his skills to translate into a position. What position he is going to play in college is key.  He could be a slot receiver or a corner. Someone could take a risk on him because of his speed. He’s more like a D-II guy, but if he goes I-AA, he could end up being a good corner or kick returner.”

“Hamdi is not real tall, but is a good offensive lineman,” Brecheen said. “He’s probably more of a D-III kid.” 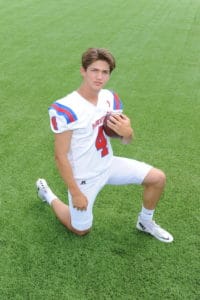 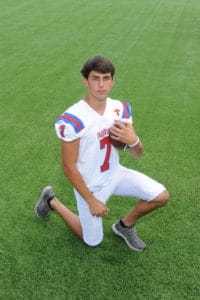 “Dustin is a solid player,” Brecheen said.  “He could be a D-III guy in the end.”

“Damien Sibley’s brother went I-AA last year,” says Brecheen.  “I think Damien is a little bit bigger than his brother.  I think he is an OG that could walk on I-AA and play in a year or two.  I think he’s D-II right now. I’d like to see him walk on I-AA because he would end up being a starter.”

“We were welcomed as in as a family,” Washington said.  “It’s really meant a lot coming into a program like this based off of hard work and preparation.”

It will be hard to replace these seniors, but Coach Mayet has a great group of players coming up that can fill their shoes.  The team will not skip a beat and should be back in the playoffs in 2019 even after losing such a strong senior class.