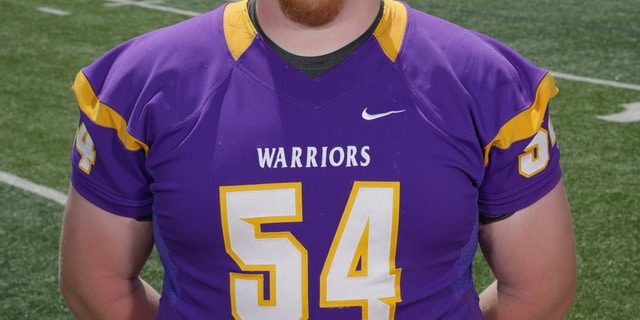 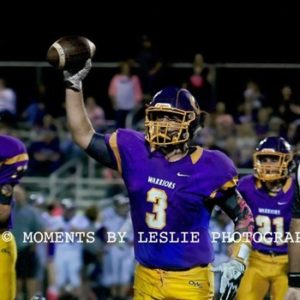 Do not let their 3-8 record fool you. There are some very talented players at Oakdale High School in Alexandria, Louisiana especially in this year’s senior class. Two of those players came to mind for Louisiana Football Magazine’s recruiting specialist Lee Brecheen. Brecheen believes that not only these players are being under recruited, but these two are capable of playing some big time college football at the next level. Those two players are FB/LB Hunter Longino and OL/DL Aaron McDaniel.

Longino is the perfect definition of a warrior. With an intimidating frame at around 6-3, 240 pounds, Longino was your old fashioned player that did the dirty work and also made a lot of hits whether it is making tackles as a linebacker or making big time blocks in the running game as a fullback. The District 4-2A Defensive MVP had over 114 tackles and four tackles for loss while also making the All-Cenla football team.

“Hunter Longino is very unique,” Brecheen said. “He is a linebacker and could also play center. Right now, he is about 6-2, 240 pounds, but he can bulk up in college and become a good center or he could stay at the size his at now and continue to play linebacker. He is very tough and I love how he is tenacious. He is very aggressive and is also a kid that is going to get in the weight room for college and probably be around 270 pounds. He could be a really good player.”

Then, there is Aaron McDaniel. Like his teammate, McDaniel is physically intimidating at 6-4, 300 pounds, and is also a physical player that has accomplished a lot even though the team wins may have not been there. McDaniel is a two time All-District player and has received collegiate offers from Louisiana College and McNeese State. 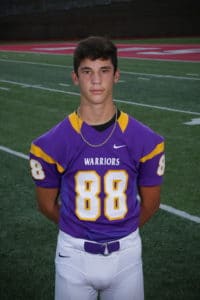 Brecheen is extremely high on McDaniel after seeing him play.

“Aaron McDaniel is the team’s best recruit,” Brecheen said. “I saw him on film and I am actually really shocked that a SEC school has not signed him. Aaron is already around 6-4, 300 pounds, and all he does is deliver pancake after pancake after pancake block for his team. He is very mean and has good feet. I think he is LSU good, but somehow, people have just missed out on him. That kid impressed me and he is definitely one of the biggest sleepers on the offensive line in the state.”

Like mentioned earlier, McDaniel has received two scholarship offers, but he has not yet to sign. Even though he has yet to sign officially, he already knows what his intentions are.

“I plan on playing football at McNeese State University, and get a mechanical engineering degree,” McDaniel said.

If this is plan is upheld, then new Head Coach Sterlin Gilbert and the McNeese State Cowboys could get themselves a big time diamond in the rough. Also, they could potentially get another as Longino still wants to play football in college and is already accepted to McNeese State. Coming to campus as a walk on could also be another huge get for the Cowboys.

Even though those two players are the big names, players like WR Jacob Black also have potential to land somewhere according to Brecheen with his 6-2, 180 pound frame. It may be easy to overlook some of the small schools, but there is no doubt that there is a lot of talent in the Alexandria area especially at schools like Oakdale.