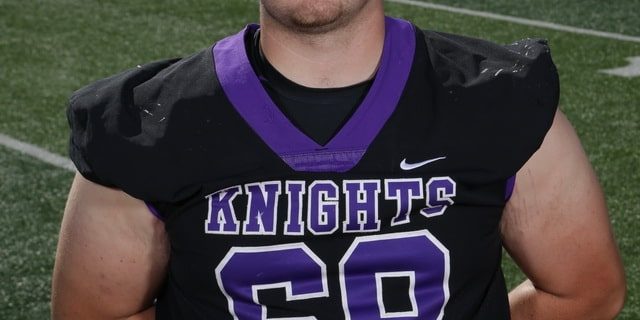 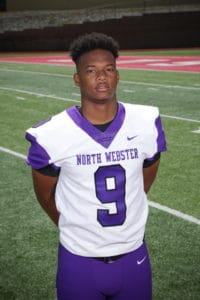 Formerly known as Springhill High School, North Webster High School has always been under the radar when it comes to being a traditional football program in the state of Louisiana. The school has produced big names such as Charcandrick West (Abilene Christian/Kansas City Chiefs/New York Jets), former Heisman Trophy Winner John David Crow (Texas A&M/Saint Louis Cardinals/San Francisco 49ers), and currently in TJ Hawthorne (Grambling) as well as LSU All-American linebacker Devin White. In speaking of Devin White, who was not only a star linebacker, but a record setting running back for the Knights, there is a player on this year’s North Webster team that has broken one of Devin White’s records. His name is Sam Plants Jr. According to Louisiana Football Magazine’s recruiting expert Lee Brecheen, Plants is a freak in the weight room, but do not let that distract you from the fact that he is also really good on the football field as well.

“Sam Plants Jr. broke Devin White’s bench press record benching over 360 pounds,” Brecheen said. “That record is impressive in its self, but also, at 6-0, 275 pounds playing defensive end, he looks like a linebacker. He is a sleeper and if he was taller, every DI college would want him. I still think that he is a DI player if given the opportunity. Most I-AA programs should offer him because he runs really well and is just a mean, tough player.”

Right now, it is the I-AA programs that have shown interests in Plants and for him, it is the in state schools that he wants to play for the most.

“I would really like to play for the Northwestern State Demons, the Louisiana Monroe Warhawks, and the ULL Ragin’ Cajuns,” Plants said.

Another big time player for the Knights is senior athlete Tyrell Markray, who can do it all and is one of the best in North Louisiana this season. Markray is not only the starting quarterback for the team, but he also has played running back, outside linebacker, and even at free safety, in which Brecheen projects Markray to play at the collegiate level.

“I think Tyrell Markray is a SEC player,” Brecheen said. “At 6-3, 200 pounds, Markray can play safety at the next level. He does not get the due that he deserves. I am not sure why more people are not talking him up because he is a SEC caliber player and is qualified.”

The four year starter is one of the most underrated players in the Shreveport area, but Markray is a perfect example of what the team is epitomized as, which is a team that is ready to prove the doubters wrong. Markray is a player that is waiting for the attention and is open for the opportunities to come his way. In also speaking of opportunities, Tyrell Markray’s cousin CB J’quan Markray and DT Keunta Lee are two more seniors that have a chance to play at the next level.

“J’quan Markray is another great athlete like his cousin Tyrell,” Brecheen said. “He is super quick as he can run a 4.5/40.”

With a team that includes two of our All-North Louisiana selections in Tyrell Markray and Sam Plants Jr., a great supporting cast, and one of the best head coaches in North Louisiana in John Ware, the Knights can be a team that makes a lot of noise even after a 1-2 start in their first three games. As far as what the expectations are for this team, Plants said it best.

“We are looking to climb our way up the ladder this year,” Plants said.