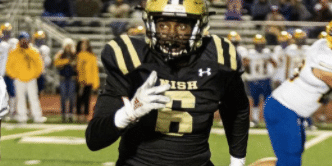 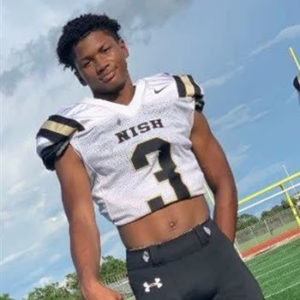 In year two of the Curt Ware era, the New Iberia High School Yellow Jackets were still establishing its Wing T offense after the team spent 20 seasons running the spread behind longtime head coach Rick Hutson. Adjusting to a totally different offense does take some time to establish and not having a full offseason to continue to teach it to the players because of COVID-19 makes it tougher.

“There was a time that we worked out in the summer that we were not sure if we were going to have a season,” Coach Ware said. “It says a lot for the kids to come and work out not knowing if they were going to play or not.”

Not only did the Yellow Jackets play in 2020, but they were one of the few teams to play all of its games, which comes to show the commitment of the team to stay healthy and sanitized during a COVID world.

“You always try to follow the social distance protocols,” Coach Ware said. “The big thing was trying to get guys in and out of the dressing room and not trying to be around each other too close even though because being outside, you had a better chance of not having anything happen. We were one of the few teams in the area for sure that got to play every week of the regular season as we did not miss any games. Whatever we did, we made it through.”

Not only did the Yellow Jackets make it through a uncertain season, but did it while adjusting to a different system and improving their win total from two in 2019 to seven victories in 2020.

“The kids bought in to a completely different season during the offseason and obviously our offensive and defensive schemes as well,” Coach Ware said. “I think being in the second year that they bought into what we were doing and also having more coaches also made a big difference. The players believed in the coaches, and the coaches believed in the players.”

The turnaround was made even before the start of the 2020 year, but it was more evident at the beginning of the season against one of the best programs in the Lafayette area.

“To be honest, even before the end of last season, I knew we would be more of a physical offense when running the Wing T compared to when they were running the spread,” Coach Ware said. “However, I knew we had a chance to be pretty good this year when we played Westgate High School in the first game of the season. Westgate has a great football team and for us to win that game against not only a rival, but a good football team, had us going into the right direction.”

Players, especially from this year’s senior class, did a great job of trying to showcase Coach Ware’s system on the field as well as showing the underclassmen on the sidelines in order to get the program on the right track.

“It was a really good senior class and I think if Coach Hudson would have stayed, they would become successful as well,” Coach Ware said. “Obviously in the backfield, we had three good running backs that were very good. Markel Linzer ended up rushing for over 1,000 yards while averaging 13 yards per carry and 20 touchdowns. Also, Tyce Fusilier and Alvin George both ran for around 800 yards each. We ran the football really well, and I would say our other strength was our defensive line that featured Michael Akins and Quintin Cook.”

Being able to run the football and stop the run is helpful in winning any football game. That is what the Yellow Jackets were so successful at in their 7-3 season, which also included a first round playoff victory against Southside High School along with a second round playoff appearance against Class 5A powerhouse Zachary High School. Not only did the Yellow Jackets win on the field, but they won off the field sending some of their student athletes to play at the next level.

So far, Michael Akins has signed with Texas Southern while Holmes Community College has offered Markel Linzer with Southern Miss also showing interest in the star running back as well. For Louisiana Football Magazine’s recruiting expert Lee Brecheen, he believes both of these players are special.

“Michael Akins is a former quarterback for New Iberia at 6-3 230 pounds and plays defensive end. He can rush the passer and plays the run. You can tell he is a former quarterback because he has great feet and is just learning how to play defense and will be a steal for a DI school,” Brecheen said. “Markel Linzer is about 6-0, 210 pounds, and he has made more leaps and strides to be one of the best running backs in the state of Louisiana. He is one of the best running backs you will find anywhere. He has legit 4.40/40 speed for a big guy and uses his power well. He plays the way he looks. Markel can play anywhere in the country, and I am interested to see where he is going to go. If this kid ends up at a Kansas or a Southern Miss or a NC State or a North Carolina or a Iowa State, he would be special.”

There are also some special players coming up for the Yellow Jackets in order to build on the program’s promising young success.

“This year, we ended up going with a sophomore quarterback that I think is going to be really good in Christian Walker, who is going to be a junior next season,” Coach Ware said. “We also have three starters on the offensive line and we actually have a couple of starters coming back on the defensive line. I think upfront we will still be solid, and we have some younger backs that are going to be pretty good as well.”

The future of the Yellow Jackets program is certainly bright under Curt Ware as the team is already hungry to build on the success of the 2020 season.

“Football season is now officially over so everybody is back to square one,” Coach Ware said. “Obviously, everybody wants to go to the playoffs and even further, but we have to take care of our grades in the classroom first, and then, hopefully, we will have a full offseason in order to get ready for next season.”