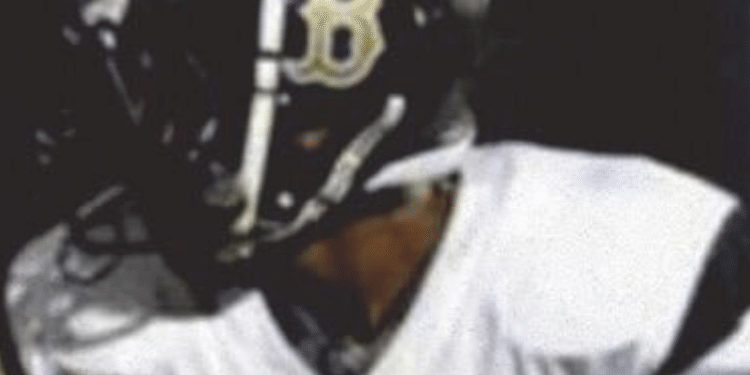 The Memphis Tigers have become one of the rising top programs in the country and a big reason why has been their success in the recruiting ranks, especially going into one of the best football states, which is Louisiana. So far, the Tigers have three players from Louisiana currently committed in John Ehret High School linebacker Andrew Jones, Woodlawn High School safety Eric Randall, and Madison Prep Academy cornerback Tyrell Raby. The Tigers made it four commitments when Bogalusa High School star wide receiver Raheem Roberts. Approaching 6-4, 190 pounds with 4.47/40 speed, Roberts is an athletic specimen that chose the Tigers over the likes of Memphis, Indiana, Kansas State, Virginia, Houston, Louisiana Tech, Eastern Michigan, and New Mexico State.

“I have a good relationship with the coaches,” Roberts said. “I talk to them almost everyday, and they were really recruiting a lot of Louisiana kids.”

For Roberts, what played a part in the Bogalusa senior’s decision has been the play of a fellow big receiver that is from Louisiana and that is Damonte Coxie (Tara/East St. John/Memphis).

“What also made me want to go there is that the star wide receiver over there is from Louisiana too in Damonte Coxie,” Roberts said. “He had a really good year last year and should be a first or second round pick. They are also putting a lot of players in the NFL. I really enjoy watching those receivers play and overall what the team did last season.”

According to Roberts, playing defense helps him see the field more and improve on his ball skills as a receiver. One thing is for sure and that is Roberts will play on both sides of the field for the Lumberjacks in 2020. Being the best playmaker on the team, Roberts has set a lot of goals for himself for the upcoming season.

“My goals are to have no drops, over 15 touchdowns, 1,000 receiving yards, and once again have over seven interceptions on defense,” Roberts said. “I also want over 20 solo tackles, make 1st Team All-District at both wide receiver and defensive back again, All-District MVP, become district champions, and make it no less than the third round of the playoffs. I also want to keep a 3.5 GPA in the classroom all year.”

In order to focus on those specific goals, the Memphis commit decided to make his college decision before the start of his senior season.

“I just wanted to get the process over with,” Roberts said. “Once I started talking to the Memphis coaches, I knew that it was the place for me and that I made the right decision.”

Not only does Roberts excel on the football field, but the natural athlete excels in other sports as well.

“I run track to stay in shape and get my speed up,” Roberts said. “Basketball is another sport that will allow me to stay active during the offseason. I am actually going to be running track at Memphis.”

Roberts is an outstanding track athlete as well winning the indoor state championship in the triple jump and will be a two sport athlete in college. For Roberts, it is not unusual how he got his incredible athleticism.

“My whole family played,” Roberts said. “My mom played basketball and she won a state championship. My dad went to college and played baseball. My two uncles played college football as well.”

Although Roberts has accomplished a lot like the rest of his family members, he feels that he can only improve on his God given talents.

“I need to improve on my releases, but I can improve on a lot of things,” Roberts said.

Just as Roberts has set himself high aspirations for his senior season, he has done the same for Memphis.

“Once I get to Memphis, I am going to work hard and become a freshman All-American,” Roberts said. “I am going to make sure that I handle my business in the classroom and on the field so hopefully, I can become a guy that will go three years and out to the league.”

Those are some lofty goals for Raheem Roberts, but for a guy that is known for making leaping catches over defenders, it should make plenty of sense why he is reaching for the stars. 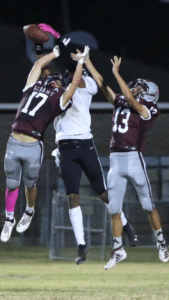 Click link below to check out Raheem’s junior highlights: