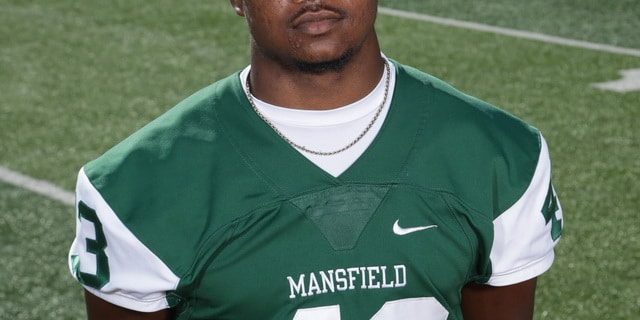 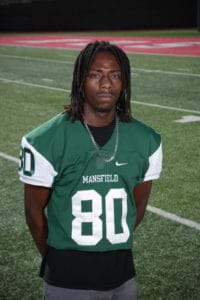 The Mansfield Wolverines are not the biggest program name in North Louisiana, but that does not mean there is not any talent in small town Mansfield, Louisiana. According to Louisiana Football Magazine’s recruiting specialist Lee Brecheen, the talent has always been overlooked at Mansfield High School.

“Mansfield always seems to get overlooked,” Brecheen said. “It has really been the history of the school and they have produced some really good players. They had Fakhir Brown, who went on to play for the New Orleans Saints and that is just one example. Not a lot of their guys are getting the attention.”

The same goes for this season as the Wolverines posted a really good 8-4 season reaching the second round of the Class 2A playoffs losing to eventual Class 2A state runner up Welsh Greyhounds, but still are trying to find recognition as among the elite. So far, the Wolverines’ senior class is trying to find opportunities to play football at the next level including senior CB Jamal Jackson.

Jackson has played wide receiver during his time at Mansfield. At 6-0, 155 pounds, he has had 24 receptions for 623 yards and eight touchdowns while making the All-Parish team.

“I haven’t received a scholarship from my past year by my plan is to walk on at a college and be a great contributor,” Jackson said. “If a college was looking for a player with my skill set, I would tell them they have a student athlete that is disciplined and is a hard worker.”

Mansfield Head Coach Mike Green has done a great job of coaching up these talented seniors and is really hoping to get his own an opportunity. Over the summer, Coach Green has been really high on his star running back Robert Turner and because of that and Brecheen’s scouting, Turner had the opportunity before his senior season to be on the cover of the North Louisiana Magazine as well as on the 2nd Team All-North Louisiana preseason team. All the recognition has helped Turner even more in 2018 as he had 146 carries for 1,555 yards and 18 touchdowns while having two receptions for 25 yards and a touchdowns. Turner was also an impact player on the defensive side of the football with 26 solo tackles, 38 assists, 64 total tackles, and two interception returns for 72 yards including a touchdown. Brecheen thinks that he could be a good fit with the right college.

“I think Robert Turner could be a superstar running back at the D-II level,” Brecheen said.

Mansfield’s quarterback/wide receiver/defensive back Brandon Adams has done it all for the Wolverines and now, the two time All-District and three time All-Parish playmaker is trying to find an opportunity to play no matter the position. Brecheen believes that he can find a way on the defensive side of the football.

“Mansfield’s senior quarterback Brandon Adams can play at the D-II level as well,” Brecheen said. “I could see him playing cornerback at that level.”

There is also WR/CB Chancellor Carter, who maybe the Wolverines’ biggest prospect. At 6-0, 170 pounds, Carter has the size and speed to play on Saturdays. Right now, he is trying to decide where he is going, but he does have options. Carter has received offers from East Texas Baptist University and McPherson College.

There are also others that could sign if they wanted to in the end according to Brecheen including Jackson.

“Davin Adkins is a defensive end that could play at the D-II level,” Brecheen said. “WR Jamal Jackson can go D-II. Finally, there is Ken Addison, who played defensive end/linebacker, is capable of playing at the DI level.”

Coach Green gave his thoughts on his players and where they might go.

“I can tell you right now that Robert Turner has chosen to pursue school and academics,” Green said. “As far as Brandon Adams, Jamal Jackson, and Chancellor Carter, they are still looking for a place to land. Brandon and Jamal are late qualifiers and can play some place like at a D-II school. Chancellor has had a few visits and is looking forward to visiting ULL soon.”

Coach Green also believes that his All-District and All-Parish defensive lineman Nick Howard, who at 6-2, 230 pounds, can also find a place to play.

“Nick Howard has been a big time player for us,” Green said. “He led the team in sacks and has made both the All-District and All-Parish teams. He just recently qualified and things are looking better for him playing on Saturdays in the fall.”

Even though Signing Day has passed for these kids, it does not mean these kids will not get an opportunity to play. Coach Green wants people to know that it is never to late to make it.

“Although we had a season to remember as a team, this senior class is still working on meeting the academic requirements to achieve some of their respective personal goals,” Green said. “As a staff, we are working diligently with the players and their families who are interested in playing on the next level. Hopefully, in the coming months, they’ll earn their opportunities.”

As of right now, there has not been official word on if and where these Wolverines sign, but if they do, those colleges will get some diamonds in the rough.