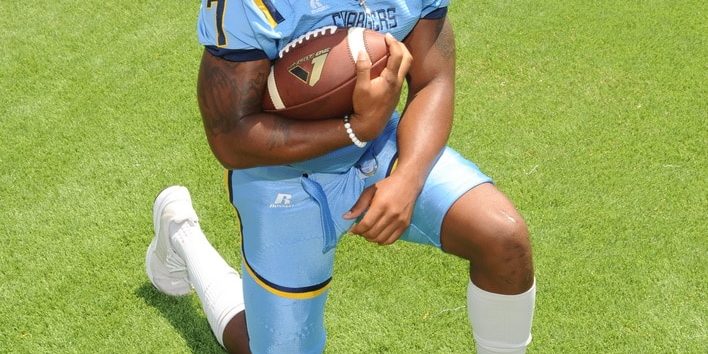 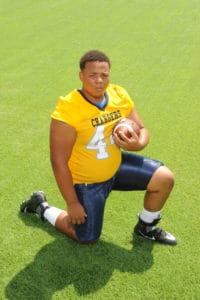 In just ten short years since the school opened, Madison Prep Academy has established themselves as one of the most talented athletic programs in the Baton Rouge area. The Chargers have backed that statement up by sending a lot if its students to play at the college level. After their breakthrough 2017 Class 2A state championship title runner up run, five players signed their letter of intent to play at the next level. Key players from that special team included Troy James (Oklahoma), Bryan Jones (Houston), Edgard Franklin (Grambling State), Travien Matthews (Trinity International), and Lyndon Rash (Grambling State). 2017 was not just an one year fluke as the year before in 2016, there were even more players that signed with six total. Those players included Charrod Brumfield (Jackson State), Cedric Triplett (Jackson State), Malcolm Roach (Texas), Justin Wade (Langston), and Thomas Sterling (Langston). Then, last season, the Chargers signed their star running back Tyrese Walker (Idaho). Sending players to the next level has not only worked for Madison Prep’s football program, but it has also worked for the basketball program as well. Former LSU star players Jarell Martin (Memphis Grizzlies/Orlando Magic) and Brandon Sampson (Chicago Bulls) were both products of Madison Prep Academy.

In 2019, the high school factory continues, but this time, there were seven players that have signed at the college level. Key seniors such as OLB/DE Michael Henderson, SS Bertrand Carrell, FB/MLB Myles Patin, DT Luther Lamotte, WR/CB Desmond Reed, OC Austin Lee, and TE/DE Rasheed Dorsey were all the players that went on to sign either in the early National Signing Day period in December or in the late period in February.

Henderson was an All-District selection not only as a football player, but also as a member of the track team. At the end of the season, he was also selected to play in the Blue-Grey All-American Bowl. Despite his athleticism and power, Henderson only received an official offer from Southeastern Louisiana University. That would end up being the place where Henderson signed. Louisiana Football Magazine’s recruiting specialist Lee Brecheen thinks that the best is yet to come for the future Lion.

“Michael Henderson is a really good defensive lineman, but needs to be more consistent,” Brecheen said. “At 6-1, 280 pounds, he can move. He really has the ability to be special.” 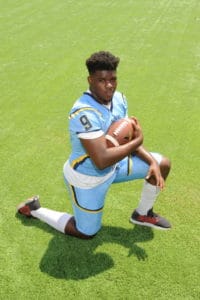 Another player that Brecheen believes is special is senior safety Bertrand Carrell. Carrell is such an intriguing player even the LSU Tigers showed interest in the three star prospect and even offered him a scholarship. Along with LSU, there were ten other programs to offer him including Jackson State, Arizona, Tulane, South Alabama, Idaho, Kentucky, Southern Miss, Texas A&M, Missouri, Arkansas State, Alabama State, ULL, Southeastern, Colorado State, and Memphis. However, in the end, the Madison Prep product chose to sign with the local Southern Jaguars. Brecheen, who selected Carrell on the second team All-South Louisiana team before the start of the season, thinks that Carrell is an instant impact player for Coach Dawson Odums and the rest of the team.

“Bertrand Carrell is a steal for Southern,” Brecheen said. “At one time, LSU showed a lot of interest in him. He can definitely be in the two deep next year as a safety and could potentially play a lot on defense for the Jaguars next fall.”

The Jaguars have done a good job of recruiting at Madison Prep as they also signed Carrell’s teammate Myles Patin, who is another versatile playmaker. Patin was a two way star for the Chargers as he scored over 10 touchdowns as a fullback on offense while having 133 tackles and an interception on defense. Besides being offered by Southern, Patin also received major attention from Alcorn State, which also offered him, but in the end, Southern felt like home for the 5-11, 207 pound two way player.

“Southern really made me feel like I was at home and with their defensive scheme, I feel I could fit in well,” Patin said.

Patin cannot wait to get to work next Fall and continue the program’s recent success at the HBCU level.

“Southern has a complete baller on the way,” Patin said. “I’m going to do whatever it takes to get us to the Celebration Bowl.”

Like his teammate, Brecheen agrees that Southern will be getting another good player in Patin.

“Myles Patin has the potential of really blossoming in college,” Brecheen said. “I can see him being a fullback or a linebacker at Southern.”

Not only Southern has recognized the talent level at Madison Prep, but what is even more impressive was that Missouri Valley was able to sign three players including WR/CB Desmond Reed, center Austin Lee, and DT Luther Lamotte.

Lamotte may be the biggest signee of the three as he had played five different positions including at DE, DT, TE, FB, and OL. At 6-0, 253 pounds, Lamotte had over 10 sacks to go along with 65 tackles. Lamotte had only received three offers going into the signing period. With Central Methodist, Lane College, and Missouri Valley being those offers, Lamotte reflected on his choices and thought that Missouri Valley would be the best option.

“The reason why I chose Missouri Valley is because they were willing to give me a chance to play the game that I love for four years,” Lamotte said.

Lamotte is grateful that not only Missouri Valley gave him a chance, but his two other teammates too. Now, he is ready to show his new team that they have made the right decision.

“I have a lot of speed and a lot of passion,” Lamotte said. “My teammates and I hope to bring Missouri Valley a championship.”

Brecheen sees Lamotte as another instant impact guy in order for Missouri Valley to accomplish their goals.

“Luther Lamotte was the best lineman on their team last year,” Brecheen said. “He can move for his size and can become a good D-II player.”

The last player to sign in this year’s signing class was Rasheed Dorsey, who signed with Langston University. What is even scarier for this program is that there could be even more Charger players that sign at this point next year.

“Madison Prep is really loaded talent wise,” Brecheen said. “This year’s group was a good group, but a lot of them have only played this year or played some the year before unless if you are Henderson, Lamotte, or Carrell.”

With the amount of talent, there are expectations to go along with it. After finishing the 2018 season on a high note going to the Class 3A quarterfinals, there is a lot on the horizon for the Chargers to strike even more in 2019.