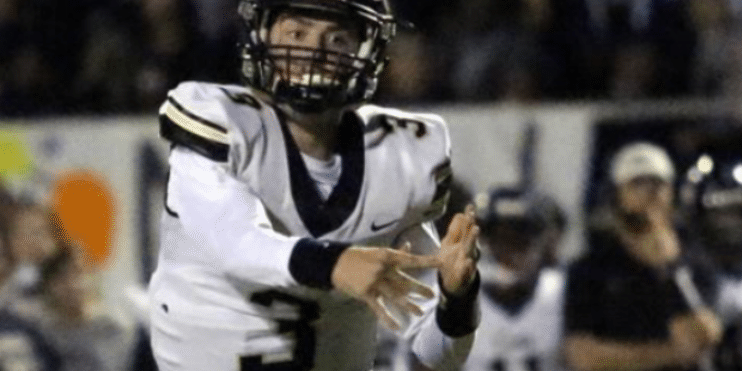 2020 was the year for adjusting when it comes to a lot of programs. For head coach Robert Causey and the Leesville Wampus Cats, there was a lot of uncertainty of what kind of season it was going to be due to COVID 19. However, one thing was for certain and that was the Wampus Cats were going to do whatever it took to have a season for the team’s 12 seniors no matter how it looked.

“Well, we were just blessed to have an opportunity,” Coach Causey said. “It was daily when you had to worry about COVID and the protocols that you had to go through. It was pretty stressful not knowing if you were even going to play that week. You were kind of nervous up to game time either getting a phone call saying that you can’t play or we can’t come to you because of contact tracing. It wasn’t necessarily the kid having COVID, but it was the tracing protocols that really dampens your spirits. You also would lose kids and it would affect the way that you practice. We had multiple practices cancelled and our homecoming game was cancelled too. We told our kids to always play hard because you are not given tomorrow. Having a chance to play was just a blessing in itself because for the longest time, we did not know if we would be given the chance to play whether it would be COVID or hurricanes.”

Going through Hurricane Laura also made it difficult for the Wildcats to have a season, but despite it all, the team was able to overcome it and start its season on October 2nd playing a Class 4A powerhouse in the Neville Tigers. Throughout the season, the Wampus Cats were continually tested playing some of the toughest teams in the state and even out of state.

“Going through COVID, it changed the way you practiced and it changed the way that you prepared,” Coach Causey said. “Playing Neville, Jennings, Elysian Fields (Texas), and other teams that were not originally scheduled, but were by the time we played them, it was not just the opponents that were tough, but when you got the opponent like on a Tuesday or a Wednesday of game week is when you found out who you were going to play for Friday night. You did not have a lot of time to prepare.”

Although most of the Wampus Cats’ games were picked up over the course of the season, the team did a great job despite the circumstances facing some of the best competition that the state has to offer and also being competitive in those games finishing the season with a 5-4 overall record, a number five seed in the Class 4A playoffs, and winning a playoff game against Northwood High School (Shreveport) while falling just short of making the Class 4A Quarterfinals in a 21-14 overtime loss to Minden High School.

“We were four seconds away from the Quarterfinals with 12 seniors,” Coach Causey said. “That was all we had. We had to retool our offensive line, our defense, etc. I just knew that in the offseason we were going to be better than a lot of people expected. I did not know how good, but by the way our kids were working, I knew that we would surprise some people. The games that we lost, the teams we played all made the Quarterfinals, and in a couple of those games, we should have won. We were not just happy to be in it. In fact, I was a little upset that we did not win some of those games because we didn’t make the plays we had to. However, just being in that position, speaks volumes because we only had 12 seniors, no spring training, and no offseason, it showed what our coaching staff and players did adjusting as well as how hard they worked.”

Leading the way for the Wampus Cats’ senior class is one of the winningest quarterbacks in the program’s history in Jacob Mount.

“Jacob is a three year starter and maybe the winningest quarterback that has ever come through this program,” Coach Causey said. “In three years, he has 25 wins including five playoff victories. Watching him grow over the years both physically and mentally, the kid is a competitor and a warrior out there. He was what it made it go this year because of the way he handled himself and prepared. He is a great model to the younger kids.”

Besides Mount, there are other seniors out there that have given all they got and have a chance to also play college football because of it.

Then, there are other players like tight end Braeden Bradley that stepped up and played at other positions including at long snapper for the betterment of the team. Although the Wampus Cats will miss its 12 seniors, there is a lot of talent coming back for the 2021 season including another running back that has a chance to fill in the shoes of the greats before him like Cecil Collins, Eddie Fuller, Michael Ford, and others.

“Caleb Gallashaw is a Division I running back,” Coach Causey said. “He is going to rank up there with the greats. He may not put up the numbers as the other running backs in the past because of the offense we run, but he is one of the most talented running backs that I have been around with since I have been here. He can do it all. He can pass protect, catch the ball out of the backfield, and can run either inside or outside. He is a phenomenal football player and an even better person.”

Just as the coaching staff has relied on players like Jacob Mount, it is time for guys like Caleb Gallashaw to step up as leaders next season. Because of the adversity these underclassmen have faced in 2020, Coach Causey feels that his squad will be even more ready in 2021.

“I taught our kids to never quit,” Coach Causey said. “Enjoy it. You are here to have fun. The things you will remember when you are older is not necessarily the wins and losses, but how hard you played and did you love one another. I feel like our kids benefited from playing tough competition because they learned how to bond together in order to overcome the obstacles that we had.”

Because of that experience battling through those obstacles, the Leesville Wampus Cats will be looking to claw its way up to the top of the 4A ladder in 2021.