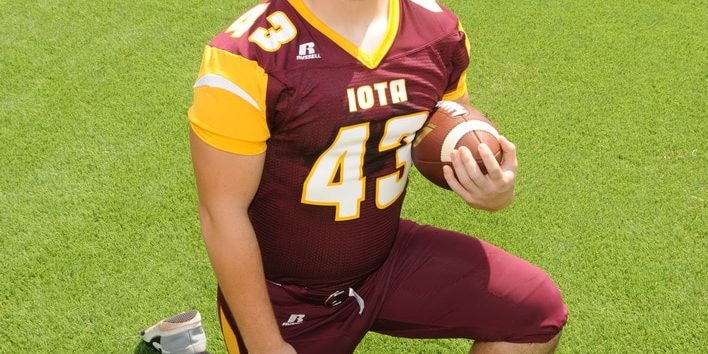 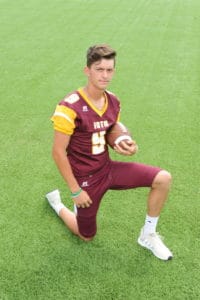 After an undefeated 10-0 regular season and a district championship, the Iota Bulldogs headed into the Class 3A playoffs as the number one seed. However, a lot of people have questioned whether or not the Bulldogs have what it takes to make a run at the state championship. Louisiana Football Magazine’s recruiting guru Lee Brecheen believes that they do and it all starts with its senior quarterback Trae Rambin.

“Trae Rambin is one of the biggest sleepers at his position for college,” Brecheen said. “Rambin is a good leader, has good feet in the pocket, and can run.”

The 6-3, 165 pound senior quarterback says that making small goals has been the key to his improvement and his success.

“I set goals as a freshman not only for myself, but as a team and I’ve met most of them,” Rambin said. “I told myself I would throw for over 1,000 yards every year. As a team, I made goals that we would eventually go 10-0 making us district champions in one of my years playing high school football. My last goal is that we would go to the Dome, which is what we are working for.”

The Bulldogs have a balanced offensive attack led by Rambin as well as two really good junior running backs. Still, the anchor of the offense is senior offensive lineman Juwan Felix.

“Juwan Felix is a powerful offensive lineman with good feet,” Brecheen said. “McNeese State likes him a lot and he is a tough player. If he was a little taller, he would be a high DI prospect.” 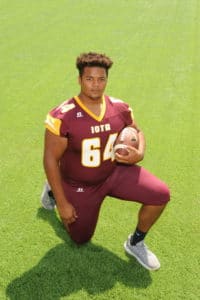 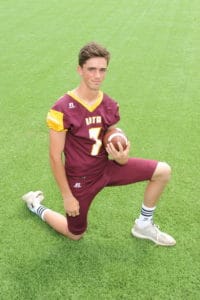 Defensively, the Bulldogs are strong on the backhalf of the defense with seniors CB Mitchell Lege and SS Kameron Aucoin leading the way.

“Mitchell Lege is a D-III sleeper that runs a 4.6/40,” Brecheen said. “Kameron Aucoin is a late bloomer with some good speed. He can be a sleeper for some colleges as well.”

On the front four, the Bulldogs got a nice addition to the group at the beginning of the season with Eunice transfer Tayte Langley coming in at the start of the season.

“Tayte Langley is a smart kid who reads well,” Brecheen said. “His dad Trey played at LSU as an offensive lineman.”

Having a father that played collegiate football, Tayte Langley is a player that has grown up knowing the game of football. In fact, this entire team is well coached by Head Coach Josh Andrus, who has been very underrated for the job he is doing at Iota. Even with a statement 49-0 first round victory against the KIPP Renaissance Bobcats, the team still feels that there is something to prove. Still, the Bulldogs are grateful for all the fans that have stood behind them on this playoff run.

“They know how much it means to us and for our guys,” Rambin said. “It’s more of a motivation situation having the whole town behind us so to the people who support us, thank you!”

The Bulldogs will hope to continue their undefeated season and their march to the Superdome. Tonight, they will play on the road at Baker High School.