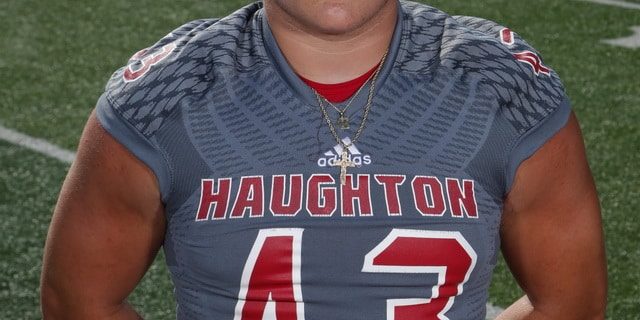 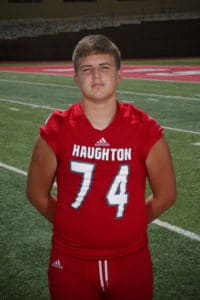 The Haughton Buccaneers are one of the most underrated Class 5A programs especially in North Louisiana under Head Coach Jason Brotherton. Building off a very good 7-4 season in one of the toughest districts in the strongest classification in 2017, the Buccaneers raised the bar even higher in 2018 finishing at 9-3. Even though the Buccaneers fell short of making any further after losing in the second round of the Class 5A playoffs to the John Ehret Patriots, the 2018 senior class was a part of the greatest season in Haughton high school football history. For this senior group, it was a special season to remember.

“This past year, everyone came together despite losing some guys to injury and tied for the best team record in Haughton history,” Gavin Roe said.

“I think the team was successful this year because everyone wrote us off not thinking we would do good, but we surprised everyone,” Brandon Roten said.

“Our biggest team goal was to have a better record this year than our junior year and going farther in the playoffs,” Matthew White said. “This season was a dream season.”

“This season has been and will always be one of the greatest memories of my lifetime,” Trenton Seets said.

These four seniors: LB Gavin Roe, OT Brandon Roten, DT Trenton Seets, and DE Matthew White all played big leadership roles on this year’s team. Louisiana Football Magazine’s recruiting specialist Lee Brecheen believes that all four of these players have the potential to continue playing at the next level. 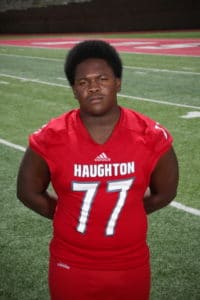 As of right now, the only player from the senior class that is going to take their talents to the next level is Roe.

For the Buccaneers’ defense, Roe has been the heart and soul of that side of the football. Over his career, Roe has been named All-District, All-Parish, and team captain. Roe has been a sideline to sideline player as he had over 100 tackles his senior year. It was the second straight season that Roe had more than 100 tackles as he also posted that mark his junior season. At the beginning of the season, Roe was named on the 2nd team All-North Louisiana team as well as put on the cover of the North Louisiana magazine by Brecheen. On National Signing Day, the powerlifter signed with the Southern Arkansas Muleriders on National Signing Day.

“I wanted to find a place that felt the most like home to me that I could be an asset to their team,” Roe said.

As far as the other three players go, they are finalizing their decision to see if they are going to play football at the next level.

Brandon Roten, who has been named All-District honorable mention, All-Parish, and team captain is still considering playing football at the next level. 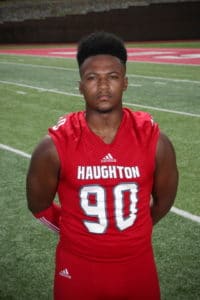 “I have talked to a couple of small colleges,” Roten said. “I am considering playing, but I do not know where yet.”

Roten has had a pretty successful career at Haughton considering his season has been cut short his senior season due to a torn ACL injury. Even with the injury, Roten wants to prove to the colleges that he still can play.

“I would show the colleges my film and tell them that there will not be a harder worker than me in their program,” Roten said.

Matthew White is also considering to play at the next level. His top schools include Mississippi College, SAU, OBU, and Louisiana College. The All-District, All-City, and All-Parish product also wants to show that he has what it takes to play in college.

“I would tell them that I am the type of player that y’all are looking for and I would send them my film to have proof”, White said.

As for Trenton Seets, he is no longer considering playing football at the next level. Even though the All-Parish and Second Team All-District player has hung up his football uniform, he will always remember the great time he had playing in the red and white.

“I am going to miss the brotherhood that was created over this past season with my teammates,” Seets said.

Even though all of the players will be each taking its own separate ways, all four will be supporting next year’s Haughton team, which will try to improve on already an incredible season in 2018.

“My advice is to never take any practices or team workouts for granted because it all flies by,” Roe said.