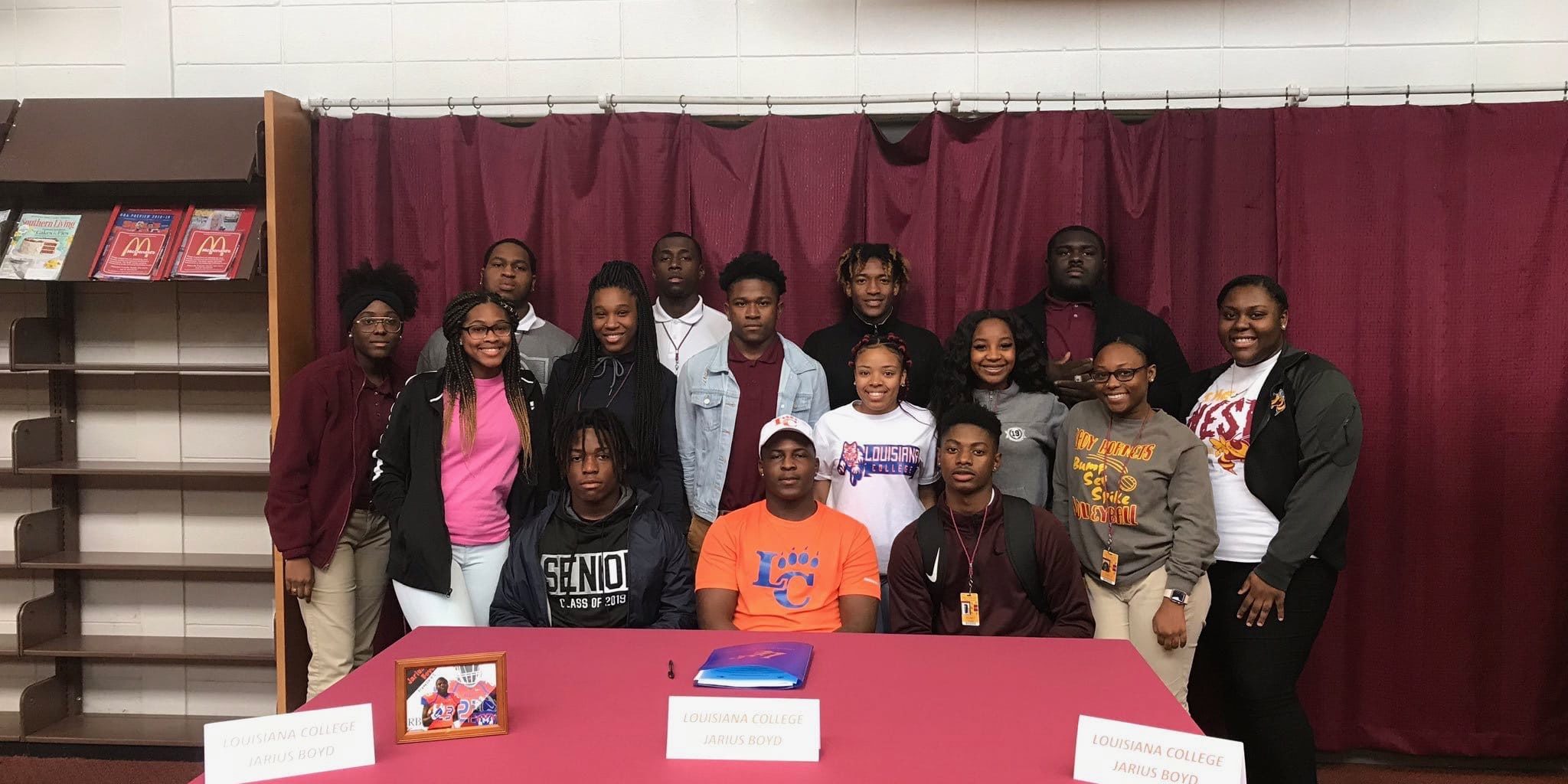 The Franklin Hornets have experienced one of the best turnaround seasons that you will see throughout the state from last season. The Hornets had a rough season in 2017 only coming up with one victory throughout the entire season. That season, the Hornets were outscored an incredible 365 to 74 points. Things cannot go any worse for the Hornets for the next season, and things were on the way up with the hiring of a new coach in Tremayne Johnson.

Well, it first seemed that the start of the 2018 season was going to be more of the same as the Hornets jumped off to an early 0-3 start, but the team regrouped and then, started to hit their stride. For the next nine games, the Hornets ended up winning six of those games. What is even most impressive was their postseason run in the Class 2A playoffs as a low #23 seed. The Hornets defeated quality teams such as the Red River Bulldogs in the first round and the Kinder Yellow Jackets in the second round to advance to the Class 2A quarterfinals for the first time in program history. Unfortunately, the Hornets had the toughest draw of them all facing against the eventual Class 2A state champion Amite Warriors. Even though the Hornets fell short in that game, the future is really bright for the program especially in year one under Coach Johnson.

“Their nose guard E’Jarion Gibson, who at 6-2, 320 pounds, is a perfect nose guard at the D-II level,” Brecheen said. “He needs to work on his feet just a little bit more, but he is just a big and powerful strong guy that is kind of like Tyler Shelvin (Northside/Notre Dame-Crowley/LSU). If Gibson gets his weight down to about 300 pounds, he would be even better endurance wise.”

“I honestly think that RB Jarius Boyd has DI ability,” Brecheen said. “He moves well, has nimble feet, great hips. vision, speed, power,etc. He checks all the boxes at about 5-11, 205 pounds. I got the chance to see him play and he is a spectacular player.”

The stats back it up. Boyd played a huge role as not only the team’s best skill offensive playmaker, but as a leader as well. He had no problem of carrying the offense on his back.

“I finished the season with 1,573 yards and 20 touchdowns,” Boyd said. “I was the first team All-District running back and was an All-State honorable mention.”

All of those accomplishments led Boyd to college interest. On National Signing Day, Boyd was the only Hornet to sign with a college team. Boyd chose the Louisiana College Wildcats in the end and will be arriving on campus in the fall. Players like Boyd and Coach Johnson have rebuilt the program. They showed how successful it could be when all the right pieces fit in place.