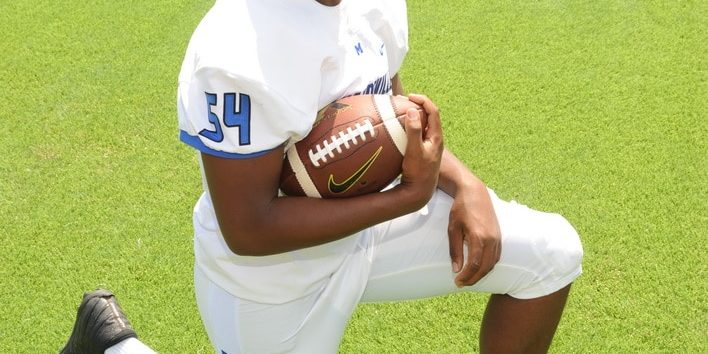 First year Mandeville High School Skipper coach Hutch Gonzales had a lot of talent and leadership when he took over the job last summer.  Mandeville returned 24 seniors heading into the 2018 season, and they played vital roles for the team throughout the season.

“Most of the seniors in this year’s class were strong contributors in what we were trying to do on the field,” Coach Gonzales said.  “For a while, it felt more like it was their program rather than ours because they had been here for four years. They were able to help with things that we were trying to implement.  Once we got the seniors on board, it was easier to get everyone else on board. This class was the reason we were as competitive as we were throughout the season. Even the loses were close, they were competitive games because those guys really stuck it out and fought hard for us.”

Having a talented group of seniors is always important when there is a coaching transition.  If a coach has seniors like Coach Gonzales had, the season will go better and they will leave the program ready to win the following season.

There might not have been any big name players in the Mandeville senior class, but they were all great football players and meant a lot to the program.

“I think my senior class has got a lot done in our time here,” senior Madrid Steele said.  “Even though our senior season did not go as expected, I feel like we have built a strong foundation for many classes to come.”

Steele was a left tackle for the team and is expected to sign with Millsaps College because of the proximity to his home and the academics they offer.

“I expect to make a big impact at Millsaps by going out everyday and giving my all,” Steele said.  “I also expect to play a big role on their offensive line and help the team out in anyway possible.”

“Steele is a guy I think could play defensive end in college,” Brecheen said.  “I think he could even play some linebacker if he gets with the right team. If he bulked up some, he could play center at the next level also.  I think Millsaps will be a great fit for him.”

Steele was a great player for Mandeville and will remember his time with the Skippers.

“One thing I will always remember about my time at Mandeville is the brotherhood and lifelong friendships I have made here,” Steele said.  “Some may say it’s just your teammates, but I feel like I have made a family at Mandeville High.”