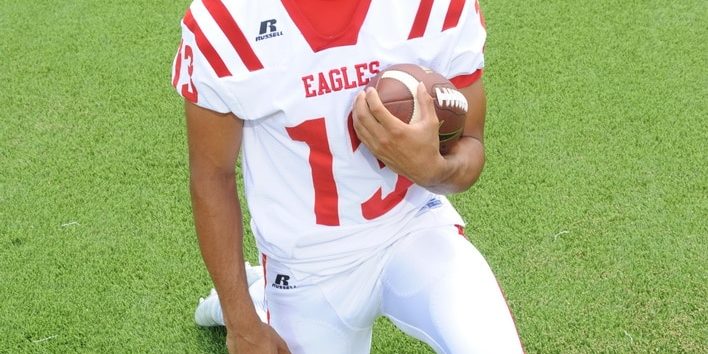 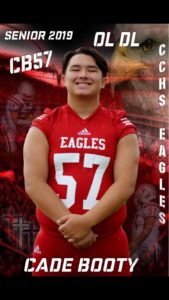 High schools like Central Catholic High School typically do not get the publicity that other schools do because they are a 1A school. Just because a school is small and does not have the numbers of 4A or 5A schools does not mean that they do not have some extremely talented players.

1A schools usually have to go through rebuilding seasons more often because it can be hard to get players and some smaller schools are not able to fields at times. For Central Catholic, that process is easier with players like DeDe Gant and Cade Booty on the roster.

DeDe Gant is an athlete who can play on both sides of the ball for the Eagles. Louisiana Football Magazine’s own recruiting specialist Lee Brecheen loves the skills that Gant possesses.

“Gant is a great athlete who can play a number of positions in college,” Brecheen said. “He can really fly with a legit 4.4/40 and has great ball skills. I think he’s either a DI cornerback or a DI slot receiver and he will excel at either one in college. He reminds me a lot of former LSU slot receiver Russell Gage from Redemptorist High School, who started at cornerback for college.”

Playing multiple positions can be a challenge and Gant spoke about a few of them.

“The challenge in playing multiple positions is simply not getting time to rest your body,” Gant said. “Also showing that you are not tired is a challenge.”

Brecheen spoke about Gant playing slot receiver in college and that is the position Gant would like to play.

“I’ll play any position coaches need me to play, but I’d love to be given a chance as a slot receiver.”

That will be a possibility with his 40 speed. If he is able to play receiver in college he will be following in his brother’s footsteps. Gants’ older brother Joshua Singleton played wide receiver and free safety at Nicholls State from 2013-2017.

Senior center Cade Booty also had a relative that played at the college level in his cousin John David Booty. John David Booty played at USC and was drafted by the Minnesota Vikings in the 2008 NFL draft. He also played for the Tennessee Titans and Houston Texans during his NFL career. Cade Booty is a talented center and Brecheen sees him getting a chance in college.

“Cade has a lot of experience and even though he is not real tall, he has really good feet and 4.9/40 speed on his resume,” Brecheen said. “He could play either defensive tackle, defensive end, center, or guard in college. I think he’s a sleeper for the right I-AA school.”

So far in 2018, the Eagles have not had the success that they wanted, but the team has learned from the first quarter of the season and can use these things for the rest of the season.

“We’ve learned that we are extremely capable of beating teams by a big margin, but in order to do so we have to keep our foot on the gas pedal and finish out the fourth quarter,” Booty said.

Gant believes it is about focusing on the little things from here on out.

“We’ve learned that little things can’t be overlooked,” he said.

If the Central Catholic Eagles can do just that and focus on the little things and play as a team, they should improve on their 1-2 start.