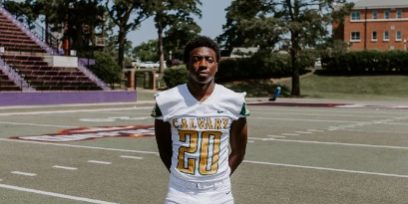 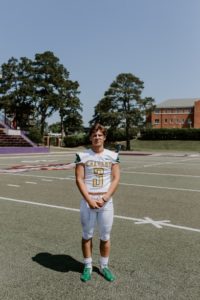 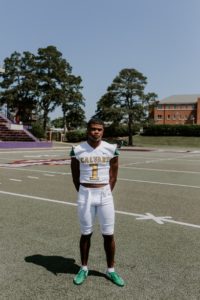 Calvary Baptist Academy’s football team in Shreveport, LA is currently holding an 8-0 record. It is not a easy task to remain undefeated after playing eight games, but the Cavaliers have exceeded the standards. After speaking with a few players, it makes sense on the team is striving well.

A team doesn’t become undefeated without any facing any challenges. Ole Miss commit Eric Reed explains one way how the team overcomes their struggles.

“We’ve overcome a lot of adversity from our past season, we lost a big play off game in the second round and we really just used that to fuel us to be more dominant and to to finish our opponents off till the game is completely over.”

Quarterback Cade Hart was asked how he handles the pressures of being the leader of an undefeated team.

“I wouldn’t really call it pressure being undefeated,” Hart said. “I think the pressure starts in the playoffs knowing we can’t lose, but we like to play fast and passionate not being afraid to fail.”

The effective techniques and skills the coaching staff at CBA is teaching their players is a key factor towards the team’s success.

Defensive tackle Clifton Mosley says “Our coaches just want us to play hard , play smart , and play physical. Our coaches also want all 11 guys on the tackle and want us all to have fun.” 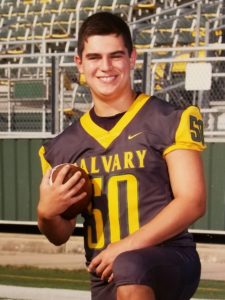 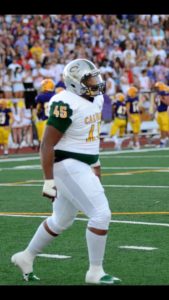 Two wide receivers Mason Woodle and Kansas commit Tanner Hooker praise Coach Rodney Guin and the rest of the offensive coaches for their ability to call great plays and to motivate the players. Hart’s description of a good leader is having confidence,  loving your teammates, being a motivator for when the momentum is down, and not folding under pressure. These guys have mentioned skills such as teamwork, trust, being dependable and perseverance that they will continue to apply to their life outside of football.

Defensive back Kobe Byrd says, “I’ve learned if you stick to the script,stay on one page, and work hard with one another any goal you want to get to in life.

Reed states how being a teammate and a leader on and off the field, means being able to help the team at any spots where needed.

When players were asked their uniqueness about the program, many mentioned “leadership”.

Byrd says, “Every single player on our team is a leader and we each feed off that.”

Long snapper Eli Chism agrees that both defense and offense express good leadership. He also adds that their toughness and desire are contributes to their successful season.

The players of Calvary Baptist Academy’s football team show great character, sportsmanship, and dedication which will guide them throughout the rest of the season.