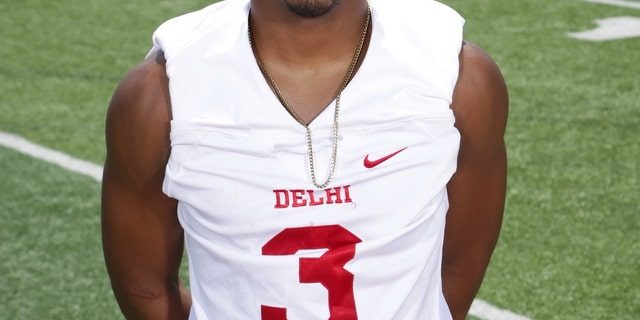 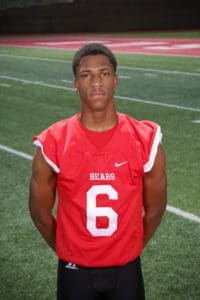 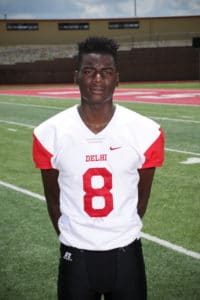 The Delhi Tigers, under the leadership of Head Coach Toriano Williams, are looking for respect as a big time Class 1A program. In only two years, Williams has made leaps and bounds with the Bears. In 2017, the Bears won only three games and lost to the East Iberville Tigers in the first round of the Class 1A playoffs. A year later, the Bears, which returned the majority of its starters the year before, had a big improvement with a 10-3 overall record advancing all the way to the Class 1A quarterfinals and getting revenge on the Tigers from the season before. Overall, it was a year in which the program should be very proud of.

“This year, I was really proud of my guys,” Williams said. “In the spring, they had a goal of reaching the Superdome and came really close of getting it done.”

For a team to have this much confidence before the season, the team would have to be not only experienced and confident, but must have the talent to get it done and there was no question that the Bears had the talent to make a run. According to Louisiana Football Magazine’s recruiting expert Lee Brecheen, there are many as seven players that are capable of sending their talent to the next level. 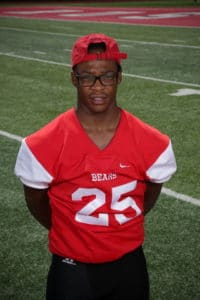 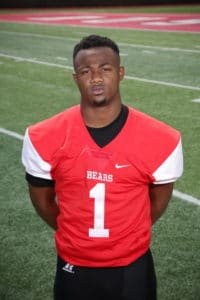 “Richard Washington, who plays running back for the Delhi Bears, is very fast and he is qualified to play,” Brecheen said. “He can play either running back or cornerback at either the I-AA or D-II level.”

“Kevin Fair could go D-I,” Brecheen said. “He is 6-1, 170 pounds and is their most gifted player. He plays linebacker for the team, but is most likely a safety for the next level. He also played a little defensive end for his team. Kevin Fair is a big time hitter with 4.5/40 speed that could play in the SEC.”

“Their tight end Cadavius Leggins, who also played a little offensive line for them, is 6-5, 200 pounds,” Brecheen said. “He is going to be close to qualifying. If not, he could be a junior college All-American, put on 20 pounds, and become a big tight end in two years at the DI level. He just needs to fill out in weight because he is tall and can move.” 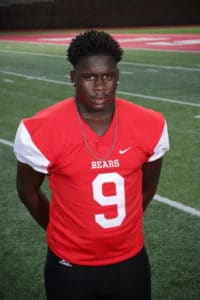 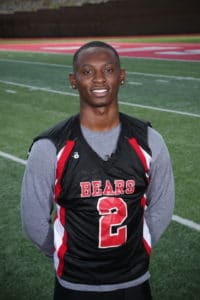 “Brandon Williams, who played quarterback for the team, is a really good athlete that can run,” Brecheen said. “He is 5-9, 185 pounds with 4.5/40 speed. He can play corner or nickel corner at the I-AA or DI level.”

“The final guy that is intriguing is Lamell Loyd,” Brecheen said. “He play linebacker at 6-0, 205 pounds with 4.7/40 speed. I think he can walk on and be a starter. This is a great group of guys and their head coach has done a great job of developing talent.”

Coach Williams has done a great job with the program and with their recent success as well as the many great skill players in their program, it has been tough trying to get the seniors the attention they deserve.

“We thought that we were going to get our quarterback Brandon Williams as an early signee, but I guess because of colleges looking at us as a small school, our players have not gotten a lot of attention,” Williams said. “If you look at his stats, he has thrown for over 2,756 passing yards, 251 rushing yards, with a total of 51 touchdowns, and he is unsigned as well as barely being recruited. It’s not easy to say that and there are a lot of other guys that are not being looked at period.

“The whole senior class wants to play at the next level,” Williams said. “They all want to play and want the opportunity to play. I am shocked, but yet I understand that we do not get a lot of coverage in our area. I know we are going up against the Top 150 players or so, but we are right there with them.”

According to Coach Williams, despite his players being underlooked, there are a couple of players that have received interest from different colleges to play at the next level.

“In the beginning, ULL, Grambling, and Southern Miss were showing interest in the quarterback, but then, they pulled out. For ULL, it was a numbers thing and for Grambling, somebody got hurt and he is coming back so a spot that was once available is now full for them. Southern Miss had already signed the number of defensive backs that they wanted to sign,” Williams said. “Also, Louisiana College has shown interest in two of our guys in Cadavius Leggins and Lamell Loyd. Our quarterback also has an opportunity to go to Arkansas Monticello, Southwestern Kansas, and Louisiana College. Finally, Kevin Fair also has an opportunity to play with Arkansas Monticello.”

These players have accomplished a lot over their careers to show that they deserve a chance to play at the next level.

Brandon Williams, who will go down as one of the best players in program history with over 7,400 yards passing, 1,600 yards rushing, 86 passing touchdowns, 30 rushing touchdowns, 14 interceptions on defense, two returned for touchdowns, and over 113 tackles in his three years as a starter, will choose between Grambling, ULL, Mississippi College, Arkansas Monticello, and Southwestern Kansas for the school that he wants to sign with in the end. Williams wants an opportunity to become an All-American in college, set records, and most importantly, become an inspiration to kids that size is never a factor when trying to be great.

The athletic Kevin Fair, who has been named All-District as both a wide receiver and linebacker as well as selected to the All-State team, is ready to show the scouts and colleges that he practices what he preaches. In translation, he wants to be put to the test to show off his skills.

Richard Washington is another player with a chance to play at the next level because Hinds Community College and Missouri Valley College have shown interest. Washington has ran for over 1,000 yards and ten touchdowns.

Jimmie Thomas has played running back, slot receiver, and kick returner over his career. As a result, he made plays in a variety of different ways. Over his four years at Delhi, he has had over 400 yards rushing, 200 yards receiving, and 150 yards in the return game while being named All-District twice. He is looking for his first scholarship offer.

No matter where they go or what they do, Coach Williams recognizes each of these players for what they have done to set up the future for the uprising program.

“I am really proud of that senior class because they have really set the tone for the years to come and raise the bar for the first time in a long time,” Williams said. “There have been so many records being broken as well as getting to the third round of the playoffs. They set a lot of offensive and defensive records this season. I am just so proud of them and they did an awesome job.”

Hopefully, this year’s senior group will help elevate the program so nobody would overlook the young talented future Delhi Bears in years to come.