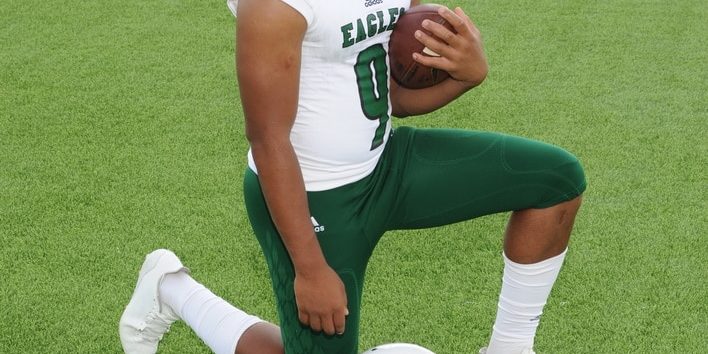 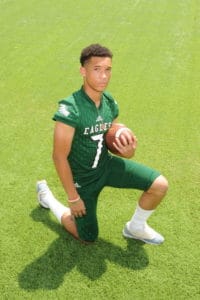 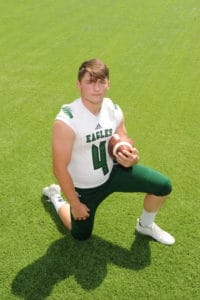 An once successful football program, the Archbishop Shaw Eagles hit a rough stretch, but now, it seems that things are once again back on the rise for the Eagles under former Archbishop Shaw star defensive back Tommy Connors, who went on to play for the Southeastern Louisiana University Lions. Since taking over as Head Coach, Connors has turned around a team that went 0-10 in his first season and turned it around into a 2-8 season in 2018. It is a pretty good accomplishment to rattle off a couple of wins in only two full seasons especially in one of the toughest leagues in the New Orleans Catholic league.

“Coming from 0-10 to 2-8 was a great improvement for us,” Connors said. “Most of all, I was impressed with the players’ effort. In reality, we were just a couple of plays away from having a six win season.”

All Coach Connors wants the most from his kids is their willingness to buy in the program like he once did when he was making plays on the defensive side of the football for the Eagles back in the middle 2000’s. In a lot of ways, Connors is the perfect man for the job as he once was part of a struggling Shaw team that went 0-10 his freshman year, but by his senior year, the team was playing at the Superdome for a chance at the state championship. He has done this before and in many ways, all it takes is for the players to buy into what the coach is selling them, especially the seniors, for a particular program to start taking off, and that is what this year’s seniors have done by setting the tone for the next couple of years to come. The senior class, which consists of seniors in WR Christian Jourdain, LB Payton Clement, DE Mark Smith, and LB Miles Haney, stepped up to the task to take on the leadership role and got this team competitive once again. It may be overlooked when it comes to the program’s history books, but it is certainly not overlooked within the program. Two of those seniors in Haney and Smith still want an opportunity to play at the next level, but as of right now, nothing has popped up for the both of them.

“Both Mark and Miles would love to sign, but to say, they have anything on the table right now would be inaccurate,” Connors said.

When Louisiana Football Magazine’s recruiting specialist Lee Brecheen learned to hear that reality, it really shocked him as he was high on both players especially Miles Haney, who he put on the cover of this past year’s South Louisiana preview magazine as well as on the 2nd Team All-Louisiana team.

“Miles Haney is as a good looking defensive end in this state with his 6-3, 225 pound frame and 4.6/40 speed,” Brecheen said. “I am really surprised that he has yet to sign. As for Mark Smith, he is not a tall guy, but he is a high effort player that plays hard on every play. If a D-II, D-III college is looking, he would be a great player at that level.”

Like stated earlier, both players want to continue and we will have to see if any other schools show interests late. Regardless if they do sign or do not sign, the impact they made on the team the previous season is important. The first step is to build the culture and get the players invested. The second step is to improve on the win loss record from the previous year, and now the third step is to make the big stride and that is what Coach Connors and company want to do next season.

“I am pleased with our kids this season and next year, we are hoping for a big stride,” Connors said. “Right now, we are working hard in order to get there.”

Archbishop Shaw fans’ expectations are high for a program that has had so much success in the past, and it sure looks like that the magic is coming back.