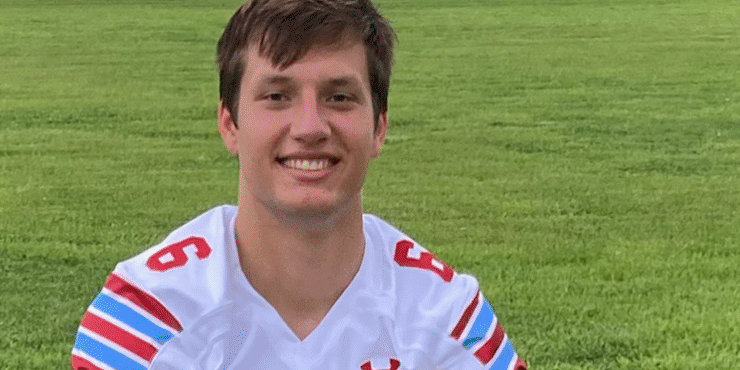 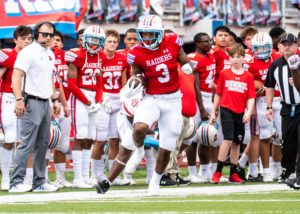 It was quite a debut season for Nick Monica in 2019 as he led the Archbishop Rummel High School Raiders to their third ever state championship. It was also the second ever undefeated season in program history. A big component to the Raiders’ magical season was its dominant defense led by the likes of Donovan Kaufman (Vanderbilt), Quinton Cage (Nicholls State), Gavin Holmes (Wake Forest), Corey Smooth (Houston Baptist), Malik Woodery (Nicholls State), and others. Through 13 games, the Raiders had only given up only 126 total points in the entire season. However, in order for the Raiders to compete for a second state championship, they would need to do so with nine new starters on that side of the football.

“I don’t think there was ever a good time for COVID to hit and for us to miss all of the spring and most of the summer,” Coach Monica said. “We had to replace nine starters on defense and half of the offense.”

Fortunately, entering the 2020 season, the Rummel Raiders would return one of the top offensive backfields in the state with state championship winning quarterback Kyle Wickersham under center and National Recruit Logan Diggs at running back. For Coach Monica, it was definitely a great feeling to get some much needed experience on the offensive side of the football.

“I thought both Kyle and Logan had a great year for us,” Coach Monica said. “Kyle was a huge part of our game plan towards the end of the season. It’s one thing that we didn’t really use him his junior year and most of his senior year just to make sure he was healthy. Then, we started to use him running the football. He is a huge weapon for us as big and physical as he is. On the third play of the Catholic High School game, he hurt his shoulder so that took about 20 percent of the game out the window. He is a tough kid and I love the improvement he made from his junior year to senior year as well as Logan and what he did running the football for us this season.”

While Wickersham continued to improve throughout the season, Diggs continued to become the bell cow offensively rushing for 646 yards on 104 carries and seven touchdowns while catching 18 receptions for 155 yards and two touchdowns during his senior season. As the senior leaders took charge while the younger players were trying to fill their roles, it was towards the end of the season that the young Raiders were finding their footing.

“It took us a little while, but I felt like we were playing good football heading into the postseason,” Coach Monica said. “We had the game against Brother Martin in which I thought we did not play that well on either side of the ball and still only lost by three. The Holy Cross game was a little bit better, but I thought it was the St. Augustine game that gave us a lot of momentum moving forward. However, the injury bug hit us really hard. We had two broken legs on the defensive line and by the time we got to the third quarter in the Quarterfinal game against Catholic High School (Baton Rouge), four of our five box players were out of the game. The challenges were tough, but the kids handled it well, and then, there were a couple of games we had to reshuffle in the last minute. All in all, I would say it was a good year for our seniors.”

“It is an opportunity for these kids to get their school payed for,” Coach Monica said. “That’s what it is all about at the end of the day. Sometimes, that gets lost in the shuffle, and the fact that four of our kids will have that chance. When you talk about schools like Notre Dame and Richmond that are high academic schools, I think it says something about the type of kids they are and the work that they put in the classroom.” 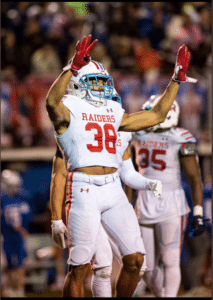 Heading into the offseason, the Rummel Raiders will be young again, but talented. If they can put in the work as much on the field as in the classroom, then the sky could be the limit again heading into the 2021 season.

“We have our defensive lineman that did not get the chance to play in a single game last season after breaking his leg in the scrimmage in Marlon Baker, and that was a huge loss for us,” Coach Monica said. “He is going to be returning for us in his senior season. We are excited to have him back, and we also have a returning receiver in Nick Howard, who is a 6-3 receiver for us. I would say overall we are going to be a pretty young team. I love our eighth and ninth grade classes. A lot of guys are going to gain some valuable experience this year and help us get better going forward. We are going to have to rely on the few seniors we do have for experience.”

Also, Coach Monica will get more visits from his father Frank Monica during the season as the longtime St. Charles Catholic High School head coach retired after a Hall of Fame coaching career with 284 victories to his credit.

“I am sure he will be making his rounds all over,” Coach Monica said. “He is going to have to figure out what to do during that time of year.”

As a longtime coach that has had his family members currently coaching, we are pretty sure that Coach Frank Monica will be paying even more close attention to his son Nick Monica, who is doing some pretty good coaching in his own right with 19 victories in two seasons. No matter if it is offense based or defense based, the Rummel Raiders will be looking to win plenty of games in future years to come.