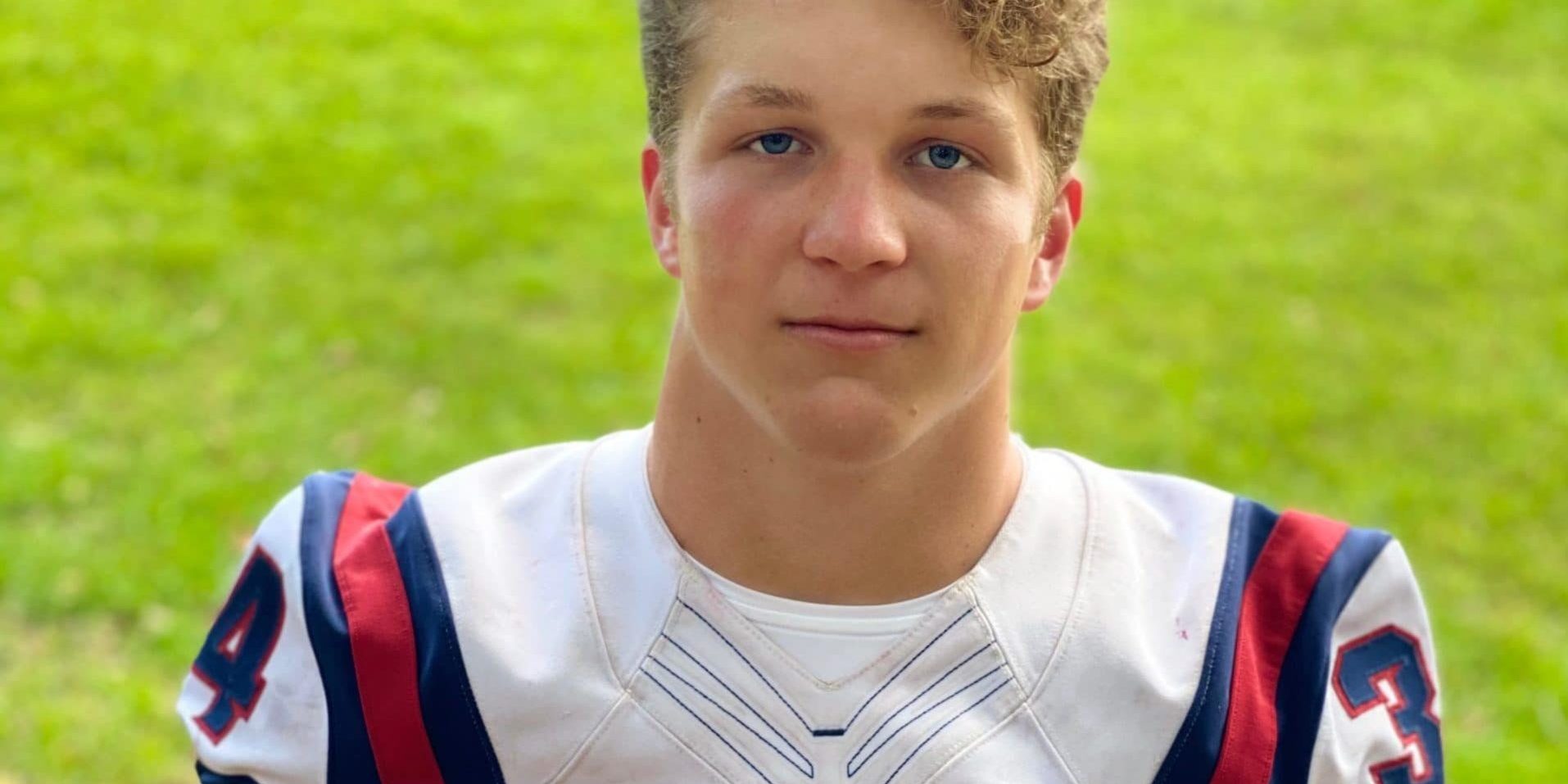 Throughout the course of the 2020 season, there were many instances where teams had to adjust in a coronavirus stricken football season. One of those instances comes from Archbishop Hannan High School. Not only did the team have to make adjustments in one of the biggest pandemics in history, but also had to do so with a new head coach and a new quarterback. Despite all the challenges 2020 brought to the Hawks, the team persevered by posting a 6-3 season and winning a playoff game.

After losing the first game of the season against the Mandeville Skippers, the Hawks won six of its next eight games. First year head coach Corey Bordelon, who is in his second term with the team after spending five years as head coach of the program from 2005-2009, was trying to learn about his team without having a whole offseason to go upon. 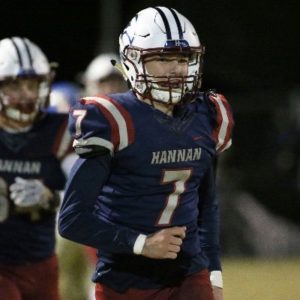 “It was obviously different and everybody that you speak to will sure tell you that,” Bordelon said. “We were learning week to week and it was like driving over a bridge as you were building it. Each week, you are going through a different circumstance, but honestly, with all that going on, I can’t brag enough about these kids and the way they handled the situation. How they handled the situation is a credit to them and one of the reasons for our success is the way they handled it so well.”

Not only was the team going through learning a new way of doing things under a new head coach, but they had to do it while playing other positions for the team. The perfect example of that is senior Cory Robinson, who earlier in his career has been an All-District defensive back, but had to adjust in being the team’s starting quarterback.

“I realized during summer workouts and practice that I was going to be the starting quarterback this season, and I was excited because I had not played quarterback since I was a freshman on the junior varsity,” Robinson said. “Playing defensive back helped me a lot in the transition to quarterback because it helped me see different schemes and coverage from both sides of the ball. It also helped me make reads easier when I could see what coverage a defense was in before the snap of the ball.”

With a 3.75 GPA and a 29 on his ACT, Robinson’s smarts as well as the ability to improvise and make plays with his athleticism helped him receive offers from the likes of Millsaps, Sterling, Oberlin, and Wabash College. Louisiana Football Magazine’s recruiting guru Lee Brecheen was impressed with what Robinson did adjusting from playing on defense to playing the most important position on the field.

“I thought Cory did a heck of a job being a new quarterback this season, and he didn’t even play quarterback in 2019,” Brecheen said. “He can either become a D-III quarterback, receiver, or safety. He is a good athlete that did a good job for the team this year.”

What helped Robinson in the transition was that he could hand the football off to their workhorse running back in Jake Dalmado, who had had an impressive 3,400 rushing yards, 4,000 all-purpose yards, and 40 total touchdowns. He has also received a lot of interests from schools like Nicholls State, Mississippi College, and Kentucky Wesleyan while also already having ten offers from D-III and NAIA schools. 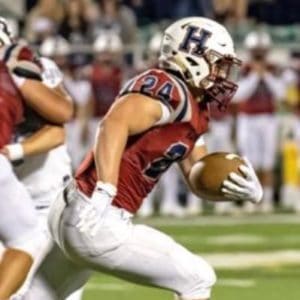 “Jake is a tough kid that probably would be a fullback at a big Class 5A school, but he was their starting running back and a powerful guy” Brecheen said. “I think he could become a walk-on fullback at the I-AA level or go to a D-II or D-III school and become a running back. He’s got some power and good feet. Most of their carries have gone through him as he was their guy.”

What the star Hannan running back saw in his new quarterback, new head coach, and the rest of the team made him even more confident en route to becoming the second leading rusher in the state.

“I think our guys adjusted very well,” Dalmado said. “Coach Bordelon set expectations early and we bought into it. I have played football with Cory Robinson since little league so I was confident in his abilities as a quarterback. We all focused weekly on each game without letting COVID interfere with our goals.”

Two other seniors played key roles in what Robinson and Dalmado can do in the running game. Spencer Georges and Wyatt Coffey were both two way players that made a lot of hits on the defensive side of the football while also clearing holes for Dalmado to run through in the running game.

“Spencer is just one of those tough guys that’s an in between because he is not super tall or super big, but is super tough at 6-0, 210 pounds and is just strong. He plays fullback/H-back/tight end and played some linebacker/defensive end. I think he is a kid that can play fullback or play tight end or mike linebacker,” Brecheen said. “Wyatt Coffey is the strongest kid in the state pound per pound as he cleans over 325 pounds. His dad Jason Coffey played for Navy. I think he is more suited for fullback at the next level, but played linebacker for his team. He got some carries at running back, but would probably play fullback for a bigger school.” 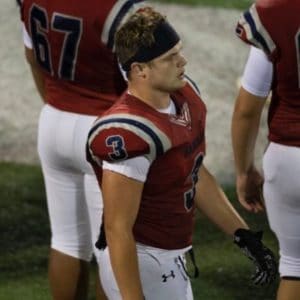 Both these gridiron warriors will have a chance to also continue their college football careers at the next level as Georges holds offers from D-III colleges while Coffey is leaning toward walking on potentially at the DI level. However, it is the memories of playing together during such an unique time at Archbishop Hannan that will stand out no matter where the four seniors eventually play.

“My favorite part about playing for Hannan is playing with my teammates,” Georges said. “They are my brothers, and they make every day so much better.”

Through the good times and the bad, Coach Bordelon knows that he could lean on his senior group to lead the way.

“Our senior leadership was phenomenal,” Bordelon said. “The four boys you mentioned were great, but I can name another eight of them who were just huge proponents of our success whether it would be their locker room presence, presence on the football field, in the weight room, etc. We just had a great senior group, and at the start of the year, we talked about that this was your team and that we were going to go as far as you guys take us. They took it and ran with it.”

Hopefully, what the underclassmen learned from this senior group to take on adversity and changes head on will rise the Archbishop Hannan Hawks in the future.

Click the link below to check out Cory Robinson’s senior highlights:

Click the link below to check out Jake Dalmado’s senior highlights:

Click the link below to check out Spencer George’s senior highlights:

Click the link below to check out Wyatt Coffey’s highlights: