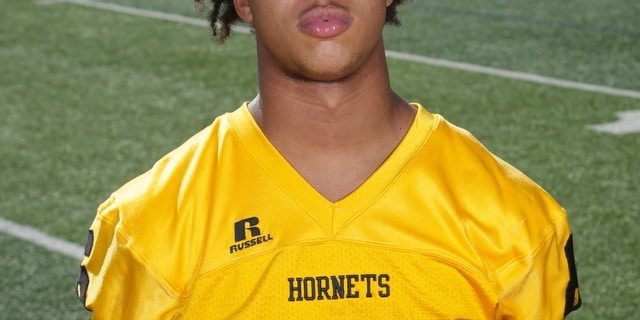 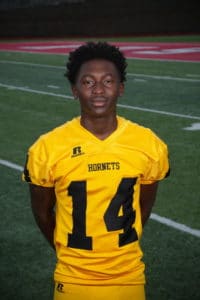 Arcadia senior ATH Rozerrick Abney is one of a couple of skill position players that can play wherever Coach Carr needs him to play. (Property of LAFM)

It was a successful season for the Arcadia High School Hornets in 2017 winning seven games. It may be a sign of bigger things to come for Head Coach Dimitri Carr and the rest of the team as according to Louisiana Football Magazine’s recruiting expert Lee Brecheen, this team may be even more talented this season especially with these upcoming senior skill players such as athlete Rozerrick Abney, WR/CB Keyshawn Young, and Jawayne Pearson among others.

“Rozerrick Abney plays defensive back for the team, but could be a slot wide receiver in college and can play either strong safety or free safety in college too with 4.59/40 speed,” Brecheen said.

“Keyshawn Young is a slot wide receiver and cornerback prospect for college,” Brecheen said. “He would be a steal at the D-II level at 5-10, 165 pounds in size with 4.48/40 speed.”

However, the team relies heavily on their star player Corey “CJ” Russell. Brecheen is really high on Russell as he selected him to be on the cover of our North Louisiana Magazine preview issue and also on our first team All-North Louisiana team.

“I think Corey “CJ” Russell is the biggest sleeper running back in North Louisiana that I have seen play in a game,” Brecheen said. “The kid has the IT factor. Russell has vision, speed, toughness and moves with hips in the open field to be great at 5-11, 187 pounds. He is the best running back I have seen from the program in my 20 plus years watching the team.”

For Russell, it was refreshing to be recognized as one of the best at his position in the state.

“Being on the magazine was a blessing for me once again because of all the hard work I have put in,” Russell said. “It is great to know that somebody is watching me.”

For Russell, despite becoming a program great earning All-State honors two years, winning District MVPs the last two seasons, and rushing for an incredible 6,000 yards and 70 touchdowns, there has not been too much attention in comparison to some of the other big time running backs in Louisiana like Tyrion Davis (Southern Lab), John Emery (Destrehan), and others, but the in-state schools have recognized what type of player he really is.

“My top schools are LSU, Louisiana Tech, Grambling, ULM, and Baylor, but I have received offers from Mississippi College, McNeese State, and Nicholls State University.”

Russell knows that his breakaway speed and elusiveness are his biggest strengths, but is hoping that he can improve on other areas in order for the Hornets to have a good season.

“This offseason, I worked on my footwork the most,” Russell said. “I have to become a shifty player. I also have to be a leader in order to have the younger players look up to me so I can give them advice to be a better player.”

“Last season, it was a rebuilding process,” Russell said. “We wanted to win a state championship, but we fell short so we had it in our head for this year to get there.”

So far, the season did not start quite as quickly as the Hornets would have liked already losing their first two games to Ouachita Christian High School and Red River High School. Still, the team remains optimistic that the first win is coming up really soon maybe even tonight against the 1-1 Cedar Creek High School Cougars.