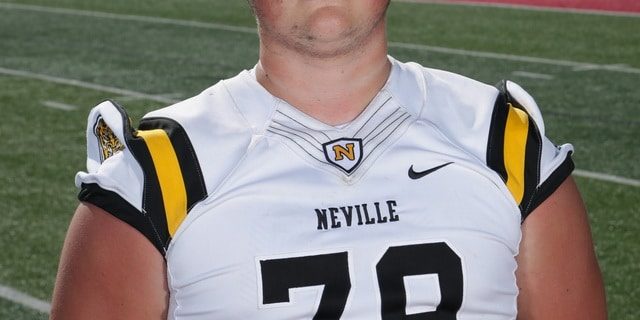 Year in and year out, the Neville Tigers are appearing in the playoffs and have lots of talent on each team.  This year was no different. The Tigers made it to the playoffs and lost in the semifinal round to the eventual Class 4A champion Edna Karr.  The Tigers will also have some recruits that will sign in the 2019 signing class.

Some of the guys that will sign include Logan Newell, Lakamion Franklin, and Carl Edmonds.  Louisiana Football Magazine’s own recruiting specialist Lee Brecheen speaks highly of these players.

“Newell is a no brainer D-I player,” Brecheen said.  “He’s about 6-6, 290 to 300. I saw that he had good feet as a junior in person against Lakeshore.  He could be a very good player. I think he is a SEC quality lineman. I think he will be a starter once he gets a little stronger.  He’s a good looking kid and might be able to play as a freshman if there are injuries along the line.”

Newell was an offensive tackle for the team.  He signed with ULL in the early signing period in December.

Playing at the LB/DE position is senior Lakamion Franklin.  Franklin is one of the guys that Brecheen is highest on.

At this time, Franklin has received a couple offers and is expected to visit Arkansas Monticello.

Another big time player that has the possibility of signing is defensive back Carl Edmonds.

These guys played major roles in the Tigers successful season and will be missed next season, but Coach Mickey McCarty has a new group of guys coming up that will be ready to fill the shoes of the Class of 2019.