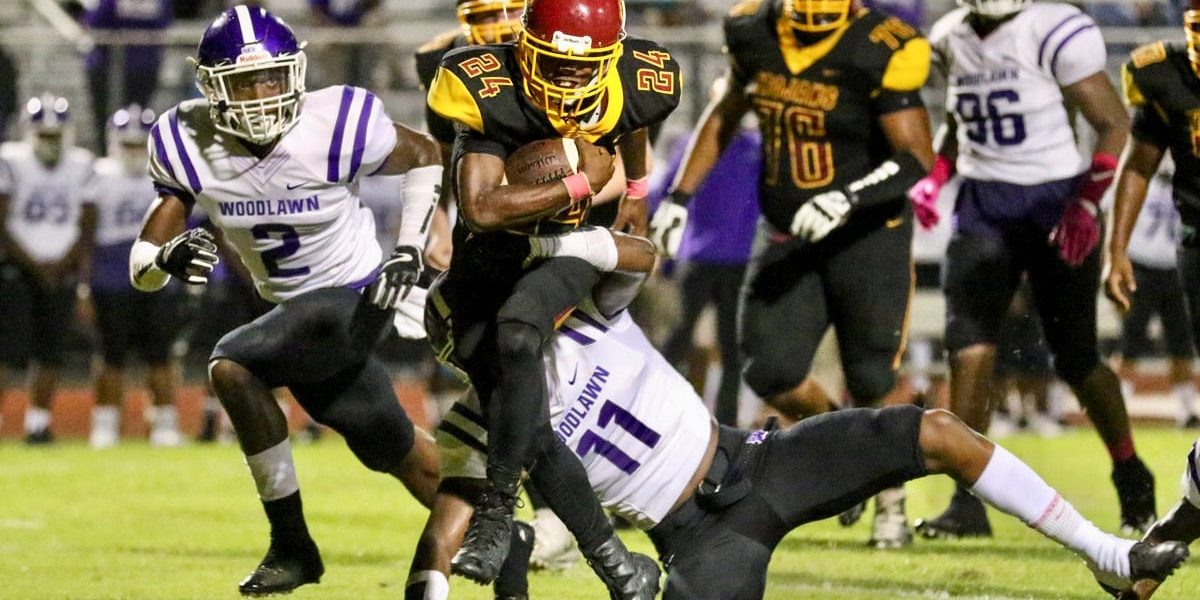 “Before this season, Chris Avery never played football at any level,” Washington said. “He was a basketball player. I saw him in the gym and asked him that he needs to go out and play football.”

With much consideration from Coach Washington and his friends, Avery decided to go ahead and give football a shot.

Not only did Chris Avery decide that he was going to play football for the first time ever in his life during his senior year, but he joined the team not in the fall, but just a couple of weeks before the season started. Adjusting to a new game as well as the conditioning is tough for anybody especially in the fall and not in the spring.

“The crazy thing was that I did not come in the spring,” Avery said. “I came on the team like two weeks into the start of school. It was difficult because I had to learn the playbook on the fly. I also had to learn to condition by lifting weights every day, working out, and running up and down the field every day. I later found out that this was what I wanted to do.”

After sitting in a jamboree against Donaldsonville to start the season, it was that game that made Avery realize that he could make the transition much faster than he thought.

“I did not start that game, but I had a couple of nice runs,” Avery said. “Then, I ran for some first downs and then for some long gains. After that game, it just went all up from there.”

Boy, did it. Avery dominated the season early and really looked like he was a four year starter. Avery earned All-District Honors and led the Baton Rouge Metro Area in rushing with over 1,500 yards rushing and 11 touchdowns. He also showed that he was able to produce in the passing game as well as he had over 300 yards receiving. Not bad for a first year player who has never played football before. Even though Avery was able to show off his speed and athleticism that has helped him have the season he had, it was his teammates and coaches that were the reason in which he had the breakout season like he did.

“I was in a really good position,” Avery said. “I came into a place in which my coaches accepted me and the school accepted me for who I really am. My teammates supported me and kept me in great spirits. Also, my family came and supported me every game. The stats and awards are great, but that does not really drive me. I am a humble guy and being around the guys that you love and having the opportunity to play with them is what really matters.”

Avery has got that chance and has made the most of it. Coach Washington has always been impressed with Avery on the field and off the field, but what has impressed him the most is for a guy that is only 5-10, 160 is how tough he really is in between the tackles.

“Early on, he was able to break long runs,” Washington said. “After a while, the yards became tougher as the competition became tougher, but I thought his toughness to try and get the tough yards is what has impressed me the most and is what he has improved on the most over the course of a season.”

Even though Avery has played one year, Washington believes that in this case quality trumps quantity.

“What Chris has done in one season beats a lot of high school kids who have played over four seasons,” Washington said. “The way he was able to put up those type of numbers right away is incredible. If he goes to the right system and continues to improve and work hard, the sky is the limit for him.”

Right now, Washington is helping Avery with finding the right school that can develop his raw talents. Avery has looked at some prep schools as well as some JUCO schools. He even may get the opportunity to walk-on at Southern University as long as he gets his grades and his ACT up. For Chris Avery, it does not really matter where he takes his talents to as long as he gets an opportunity.

“I keep God first in everything I do,” Avery said. “I think God is going to lead me on a path and I am going to follow it. I believe football is that path. I want to tell the college coaches to just give me the opportunity to do something that I have fallen in love with. I am motivated to go out and prove myself in order to get a chance.”

What started out as something that was just supposed to help him with basketball has turned Chris Avery into a football guy. He came out onto the scene and showed that he could run with the best 5A teams that Baton Rouge has to offer. Avery may not be the biggest guy, but his passion and work ethic combined with his big play speed are all major reasons why the one year starter is not a one year wonder. He just needs the opportunity to prove it.