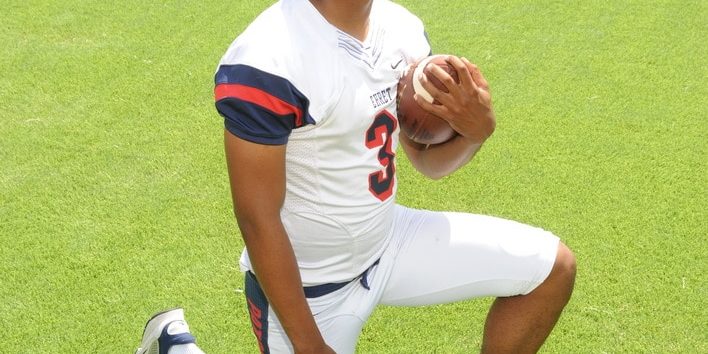 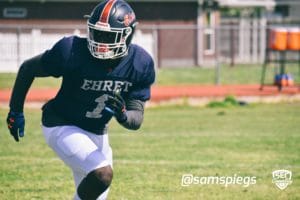 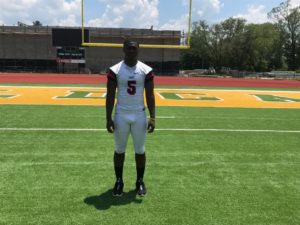 Ever since the 1980’s, the John Ehret High School Patriots have always shown plenty of talent and this year is no exception especially on the defensive side of the football. The Patriots have always been known around the state of Louisiana as Linebacker High School because of the many great players at that position. A lot of people remember the 2015 squad that went on to play in the state championship game. The 2015 linebacking core was as good as it gets in high school football. It featured current collegiate players such as Michael Divinity (LSU) and De’Jon Harris (Arkansas). Also, there was Kerry Starks, who played defensive end at John Ehret and now plays for the Louisiana Monroe Warhawks. However, according to Louisiana Football Magazine’s recruiting guru Lee Brecheen, the 2018 John Ehret defense may be even better than the incredible 2015 defensive unit.

“It is quite a crew of defensive players,” Brecheen said. “All of the seniors are legit DI or I-AA. To me, its a better group and also the best senior group in the state as far as defensive starters go at the collegiate level.” 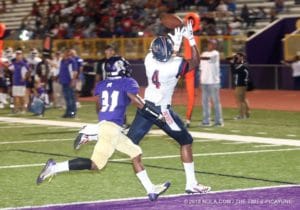 Obviously, the defense is highlighted by a big time linebacking core, which is headlined by LSU commit Donte Starks. However, Javonte Jones and Jacoby Windmon have shown that they are not to be overlooked.

“At 6-1, 225 pounds, Donte Starks reminds me of a raw version of Devin White (North Webster/LSU) without the running back resume,” Brecheen said. “He can fly, covers serious ground, and is truly a 4.45/40 player.”

“At 6-2, 218 pounds with 4.5/40 speed, Jacoby Windmon plays both wide receiver and outside linebacker for his team,” Brecheen said. “With big time skills, Windmon is a national recruit that can play for anyone and is the biggest defensive sleeper in Louisiana that I saw.” 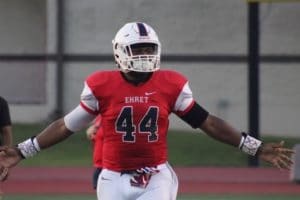 Two more Louisiana defensive sleepers according to Brecheen is the defensive end duo of Earl Barquet and Eldridge Walker.

“At 6-2, 260 pounds, DE Eldridge Walker is tough with a big motor,” Brecheen said. “He has a chance to be great in college. Right now, he is committed to Southeastern. I think he is a DI sleeper.”

The secondary is not too shabby either with safeties Jonah Mitchell and Lucien Babino as well as cornerbacks Kunta Hester and Jerrae Williams. 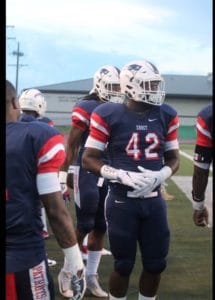 “At 6-0, 175 pounds, SS Jonah Mitchell is the most underrated kid on the team when it comes to being looked at by colleges,” Brecheen said. “Mitchell gets overlooked because of other big time players on the defense. He has 4.5/40 speed with great skills.”

“At 6-0, 180 pounds, CB Kunta Hester is one of the best defensive backs in Louisiana,” Brecheen said. “Hester is gifted, long, and makes plays on the ball. He also runs a legit 4.5/40 and will be a big time player in college. Right now, he is committed to Northwestern State.”

Offensively, the Patriots have proved to move the ball up and down the field especially with their quarterback Travis Mumphrey Jr. 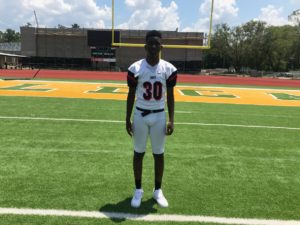 “I saw QB/Athlete Travis Mumphrey Jr. in person this year and I was most impressed with his toughness as an athlete playing the position,” Brecheen said. “Mumphrey can play quarterback, wide receiver or free safety in college. He is a legit 6-1, 195 pounds with 4.55/40 speed. Right now, he is committed to UNLV.”

As a talented athlete with the ball in his hands himself, it does not make it any easier for opposing defenses as there are great athletes around Mumphrey to get the ball too.

“Add running back to Athlete Deron Coleman‘s resume,” Brecheen said. “At 5-9, 168 pounds, he was already a I-AA or DI player as a cornerback, but now, he is showing off his legit 4.45/40 speed and playmaking ability in the open field as a wide receiver/running back for the team.” 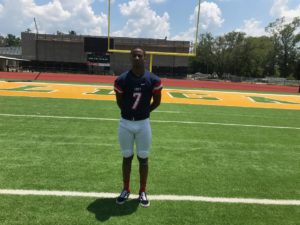 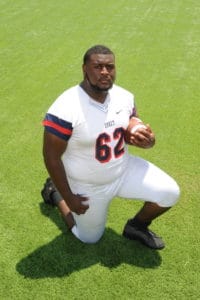 All the great offensive weapons are nice, but in the end, the success of the unit comes down to the offensive line.

“At 6-2, 325 pounds, OG/OC Ahmad Brantley is legit 6-2 in height and moves and pulls like a big time DI offensive guard or center,” Brecheen said. “Brantley plays offensive guard for the team. He is a DI player all the way with great feet.”

With all of these ingredients, you need a coach that will stir it all together. That honor belongs to first year John Ehret Head Coach Marcus Scott. According to senior strong safety Lucien Babino, who was named the team’s defensive player of the year in 2017, believes in the philosophy the first year head coach is trying to bring.

“Coach Scott brings a different attitude and approach to the game,” Babino said. “We will win a lot more games because of it.”

Last season, the potential was there as the Patriots recorded a respectable 9-4 record. Still, with all the DI and I-AA talent on the team, the team including defensive end Eldridge Walker believes that they are capable of much more than that.

“Last year was good, but it could have been better,” Walker said. “Heading into the offseason, the message was simple. It was to work hard everyday and play the best to our ability.”

So far, a 4-1 record in the team’s first five games is a great start. If the team does play to the best of the ability come November, everyone in Class 5A should watch out for the Patriots.

“The key has been for us this year is practice,” Eldridge said. “We have to take practice seriously. The whole team is great and is capable of doing some great things. If we can improve on our focus during the week, we can do a lot.”