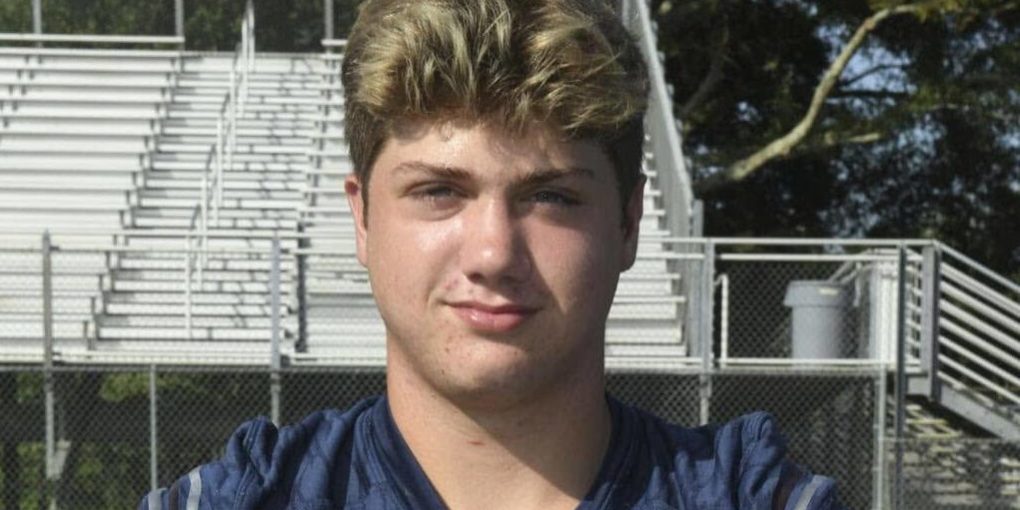 When one thinks about the St. Thomas More Cougars, the first thing that would pop to mind is an explosive and record setting offense. What nobody thinks about is that the Cougars are breaking records on the defensive side of the football as well most notably their starting linebacker Bryce Boullion. Heading into his senior season, the 6-1, 225 pound linebacker accomplished something that no other Cougar defender has done, which is have more career tackles than anybody else. Although Boullion is this football powerhouse’s career leader in tackles, it almost never happened as he came into the program as a versatile athlete.

“It all started through Coach Tidwell, who is our inside linebackers coach,” Boullion said. “I came to St. Thomas More as a quarterback, but the team needed a linebacker so I filled the role my team needed. Coach Tidwell showed me the ropes and taught me everything I know.”

The St. Thomas More all time leading tackler started to find his role his sophomore year.

“My love for football started when I was around 9 or 10 years old at Slysi,” Boullion said. “I realized I had a future in football when I had the privilege to play on the varsity team my sophomore year at St. Thomas More, and I did pretty good.”

As a former quarterback, Boullion has used his knowledge from playing that position to help him play at linebacker.

“The biggest strengths to my game are reading the offense when the ball is snapped and having an awareness of where the ball is going,” Boullion said.

When facing two of the state’s best quarterbacks in practice whether it was Caleb Holstein (Louisiana Tech) or currently, LSU commit Walker Howard, it helps not only him, but the entire St. Thomas More defense in reading and reacting to where the ball is going to.

“We go up against the best offense in the state every single day, so it makes us better and more prepared for our opponent every week,” Boullion said.

“I realized we were a great team after our two losses back to back and the way we bounced back from that,” Boullion said.

Despite the great play of his team winning the state championship, the St. Thomas More tackling machine feels that he has a lot more to improve on.

“I’m not where I want to be as a linebacker so I want to continue and strive to get better at all aspects of my game,” Boullion said.

Boullion also wants to improve in order to impress more colleges. At this point, he has received offers from Louisiana College, Sterling College, and Carthage College. Because of the COVID-19 pandemic, Boullion could not take more college visits.

“Obviously, it has been drastically different because I was not able to go to any colleges during the pandemic,” Boullion said. “It has been a lot more virtual.”

Fortunately, Boullion was able to take advantage of his unique situation and make the most out of it.

“During quarantine, I was able to set up my own home gym at my house,” Boullion said. “I had a bench and was able to pick up a few weights from my old middle school.”

All of this is motivation for Boullion as he and his teammates have a chance to do something that no other St. Thomas More team has accomplished prior.

“My top priority is to win another state championship,” Boullion said. “It would be amazing to be the first team in school history to go back to back.”

Those are high goals, but it is the St. Thomas More standard to compete for championships. In order to meet the standard, the team can only control what it can control.

“My message to my teammates would be not to underestimate anybody, to play each play like it’s their last one, and enjoy every minute because time goes by so fast,” Boullion said.

With all of the uncertainty 2020 has brought to the state of football, having a football season is an opportunity that this St. Thomas More linebacker and punter wants to take advantage of.

“All the games on our schedule are important this year because there was a chance of not having a season so I prepare for every game like it’s my last,” Boullion said.

Although Bryce Boullion has already accomplished plenty in his high school prep career including winning a state championship and breaking school records, there is no slowing down this Cougar from clawing his way to the top.